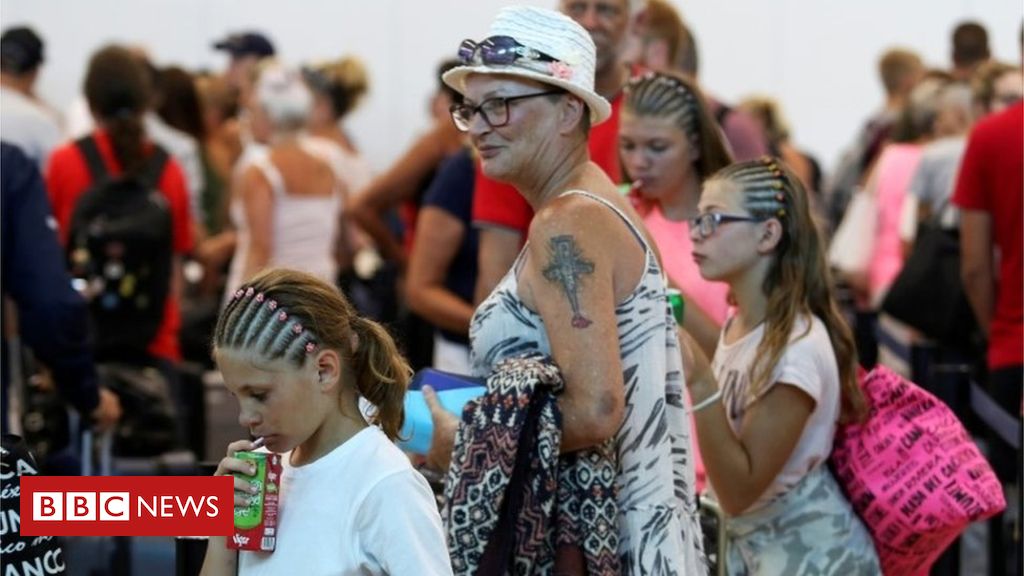 Thomas Cook customers have accused airlines of cashing in on the holiday firm’s demise after being faced with high bills to book replacement flights.

People who booked flights with the company, now trying to find replacement deals, told the BBC that in some cases prices for the flights have tripled.

“People aren’t sitting there rubbing their hands with glee. If sales come in rapidly on popular routes then prices go up, “said John Strickland, an airline analyst at JLS Consulting.

Mr Strickland said September was a popular time for people to take holidays outside the peak school holiday period and many f lights were already very full.

He said the airlines could decide to halt price increases, but said firms had to be commercially driven.

“Thomas Cook has failed because it had massive debts and it was making a loss. It’s a fragile industry. More than a dozen airlines have gone bust.

“If the airlines don’t make profits where they can on a minority of flights then they don’t stand a chance of surviving .

But Mrs Mills said the increases were bad for travelers already in “a state of shock”.

She was due to fly from Glasgow to Rhodes on Wednesday on Thomas Cook flights. When she looked for alternatives after the travel firm’s collapse, the cheapest price she could find for replacement flights for her and her husband was more than £ 1, 000

The company she booked her accommodation through – Jetline Holidays – eventually found her an alternative deal costing £ 600 extra.

But she will now have to fly from Edinburgh, and on her return spend a night in Prague before flying back from there .

Mrs Mills said she hoped to claim the additional cost of the flights from her travel insurance on her return.

What are my rights?

Anyone who has bought a future package holiday with Thomas Cook is covered by the Air Travel Organiser’s License scheme (Atol). This means they will not be going away, but the cost of the holiday will be refunded.

However, Atol protection does not cover flight-only deals. The main alternative for travelers is to claim a refund from the provider of the credit or debit card they used, or make a claim on their travel insurance.

What are your rights? Read more here

Kevin Spence was due to go to Florida next year in June with his family – a trip which had taken two years to plan and save up for.

But he said between checking flight prices just before Thomas Cook collapsed on Sunday and the following morning they had risen sharply.

“The cost of the holiday is now pushing up past our budget. I’m now in a position where I might need to cancel it altogether, “he said.

However, Nigel Wilson said he had managed to beat the price increases by booking new flights for his holiday from Manchester to Marrakech at 12. 30 am BST on Monday morning.

The flights for his family of four cost him an additional £ 640, but he said when he checked prices later on Monday, the cost had risen to £ 1, 500.

“If we had waited we wouldn’t have had the funds to book more tickets at that price,” he said. 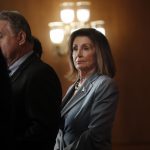 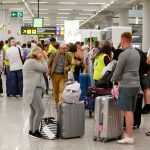