Torrential rain in southeastern Spain has killed three people, amid forecasts of further heavy storms in Valencia and Murcia and extensive flooding as the region’s largest river bursts its banks.

The death toll rose to three early on Friday morning, when a man drowned after driving into a flooded tunnel in the coastal town of Níjar. According to reports, two cars entered the tunnel as traffic police were placing bollards to close the road, with officers able to rescue two out of the cars’ three occupants.

On Thursday a brother and sister, aged 61 and 51, died when the car they were traveling in was caught up in floodwaters in the town of Caudete.

After Thursday’s rainfall reached record levels in many locations in southeastern Spain, the Segura river burst its banks overnight in several places, including the large town of Orihuela near Alicante, a favorite of British tourists and pensioners.

Residents of the city of Murcia, where a September record of 169 liters of rain fell per square meter on Thursday, watched as the river reached the top of the banks and the level of road bridges.

Around 3, 500 people have been evacuated from their homes and army units have been called in to help deal with the flooding and prevent further tragedies.

“The situation is dramatic. We are not talking about a particular area, but the whole of Murcia, ”the region’s president, Fernando López Miras, told the Cadena Ser radio station, adding that at least two towns, Torre Pacheco and San Javier in the Mar Menor resort area, were completely underwater.

Mr López Miras has called a special meeting of the regional government to have Murcia declared as an official disaster zone.

Heavy rainfall and flash floods continued to cause havoc in many areas of Spain on Friday morning. Emergency services managed to rescue a person trapped inside a car in floodwater in Granada, while four others were salvaged from an inundated road tunnel on a main motorway between Alicante and Murcia, where rescue workers used an inflatable lifeboat and a jet ski to free motorists from the rising water. 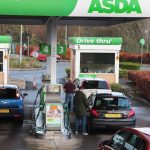 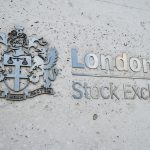