Three people arrested over deaths of the 39 people whose bodies were found in a lorry have been released on bail.

All three had been questioned on suspicion of manslaughter and conspiracy to traffic people, Essex Police said.

The man and woman from Warrington have both been released on bail until 11 November while the man from Northern Ireland has been bailed until (November.

It comes after 25 – year-old Maurice Robinson from Northern Ireland was charged with 39 counts of manslaughter, conspiracy to traffic people, conspiracy to assist unlawful immigration , and money laundering.

He is due to appear at Chelmsford Magistrates’ Court tomorrow.

The bodies of eight women and 31 men were found by police in the refrigerated trailer of a lorry on an industrial estate in Grays, Essex, in the early hours of Wednesday.

None of the victims have been formally identified as detectives try to establish where they came from.

There are unconfirmed reports some of the dead are Vietnamese and the lorry was part of a convoy of three vehicles transporting around 100 People.

The Vietnamese Embassy in London has started a hotline while the ambassador to the UK, Tran Ngoc An, spoke to Home Secretary Priti Patel on Friday night before meeting investigators from the National Crime Agency and Essex Police.

All of the victims have since been moved from the vehicle in Tilbury Docks to Broomfield Hospital in Chelmsford for post-mortem examinations to be carried out.

Investigators will look at tattoos, scars and belongings, including jewelery and clothing, with each of the victims said to have had some kind of bag.

More than 500 exhibits have been collected, including mobile phones, which will be downloaded and interrogated for any messages that could give clues to the identity of the victims or how they came to be in the back of the trailer. 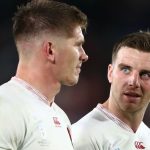 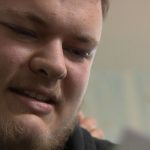