“The time for talking is over. The world needs to act now, “Modi said in his address to the high-level United NationsClimate ActionSummit in New York.

India has maintained that it is doing its best to mitigate and adapt to climate change, but climate finance remains a concern.

Speaking at the summit, the prime minister highlighted India’s plans to generate 175 gigawatts (GW) of renewable energy by 2022, and how the government has given a maj or push to electric mobility and mixing of bio-fuel to reduce the consumption of fossil fuels. Modi said India would make investments of up to $ 50 billion on its Jal Jeevan Mission to conserve water resources.

On the need to develop a comprehensive approach to combat climate change, Modi said a behavioural change is the need of the hour, which can be attained only through education and awareness.

“Need, not need greed is our guiding principle. We, in India, believe that an ounce of practice is worth more than tonnes of teaching, “he said.

The global coalition for disaster-resilient infrastructure announced by Modi would comprise 33 countries which will come together to promote the resilience of infrastructure systems to climate and disaster. secretariat will be established in New Delhi which will be hosted by different countries alternatively.

India is also leading a coalition on transforming industry along with Sweden to enable more industries to transition to low- carbon pathways.

Earlier at the event, UN Secretary-General Guterre highlighted rising concerns about how the world is failing behind in its fight against climate change.

“Science tells us that on our current path, we face at least 3 ° C of global heating by the end of the century. The climate emergency is a race we are losing, but it is a race we can win, “he said.

So far, 59 nations have signalled their intention to submit an enhanced climate action plan, and an additional nine have started an internal process to boost ambition and have this reflected in their national plans.

As per UN estimates, the world would need to increase its efforts fivefold to contain climate change to a 1.5 ° C rise at most. Any temperature rise beyond that would lead to major and irreversible damage. 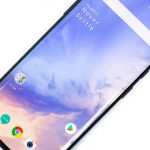 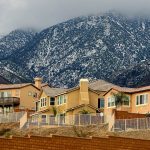