To Burn or To Starve: The Dilemma for Punjab's Farmers as Delhi's Air Pollution Worsens – News18, News18.com 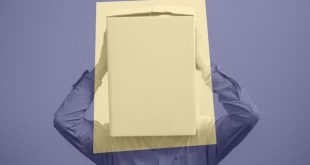 The fact-checker’s dilemma: Humans are hardwired to dismiss facts that don’t fit their worldview, hacker news


A farmer burns paddy stubble in a field, on the outskirts of Amritsar. (Image: PTI)

An increase of stubble burning by 1, 415 per cent in just the past three days and a change in prevailing weather conditions in the Capital hasn’t just led to Delhi’s air reaching ‘severe’ levels, but also underlined the prime problem in attempts to curtail farm fires – farmers don’t have any option but to burn their stubble.

On November 7, there were a total of 151 fires, as per NASA data, compiled by Center for Energy, Environment and Water (CEEW). By November 10, this had increased to 2, 289 – an increase of 1415. 89 per cent. While this discounts the fact that stubble burning incidents had peaked to 4, 824 fires on November 5, it does explain the dramatic dip in air pollution in the Capital after a few days of relatively good air. The average number of fires for the last (days is at 1, 623 fires per day.

This, combined with a change in wind direction, lower temperature and a reduction in local wind speeds, pushed Delhi’s air quality back to the ‘severe’ category on Tuesday. As per the forecast by the Union government air quality monitoring system SAFAR, wind is now blowing from the northwesterly direction and will, as a result, blow emissions from crop residue burning from Punjab and Haryana to Delhi.

“Apart from this, the wind speeds have lowered in the Capital and due to a Western Disturbance , the temperatures have lowered. This means that pollutants will accumulate in the Capital, “said an official of the Delhi Pollution Control Committee, the Delhi government pollution watchdog.“ AQI is likely to deteriorate to the ‘severe’ category for the next two days. ‘is predicted only by November 14, ”SAFAR said. The share of stubble burning in Punjab and Haryana in Delhi’s air is expected to increase to 25 per cent on Tuesday from 18 per cent on Monday, it added.

Delhi Chief Minister Arvind Kejriwal put out a tweet urging action. He said, “We should stop stubble burning. People are suffering immensely. SC has also directed. Pollution has again started increasing in Delhi due to stubble burning after some respite last week. ”

However, farmers spoke to News 18 and explained that they simply could not afford to not burn the farms. Jaspreet Singh, 72, a farmer in Amritsar spoke to News 18 over the phone and explained the issue. “Farmers live from season to season. We work throughout the year, and this period is critical. We get a very small window each year to switch from one crop to another. And no matter what the government says, or wants us to do. .. even they know it is not realistic to expect us to stop. “

HS Jat, principal scientist at the Central Soil Salinity Research Institute (CSSRI) said, “If the sowing is delayed, then the yield is decreased by about 20 – 25 per cent, ”added Jat. He explained that the Pusa Basmati 1509 variety of rice was being grown for the past five-six years since it “matures early, ripening in 120 days and its height is short. But a temperature change of just two-four degrees (because ofclimate change) can result in it taking 160 days in maturing ”.

Add to this the crucial missing link of labor, the result: a single hectare of land that was cultivated by 250 people is now being done by a single machine. Jat went on to break down the farmers’ problem of dealing with the stubble amid a labor shortage and warming temperatures due to climate change, to its most basic: “(To manage) 25 million tonnes of stubble in a fortnight versus a ‘technology’ that can be produced for one rupee, the cost of a matchbox. ”

Singh added, “There is no other option. Either we burn the stubble, breathe in the smoke and die slowly. Or we don’t and we starve. “