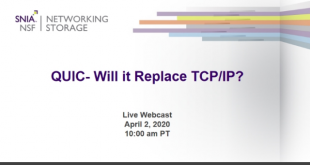 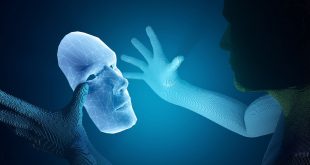 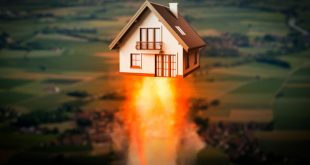 PITTSBURGH – A soda can might seem unworthy of scientific research. But just ask chemist Tom Mallen. With his back to a laboratory table, he holds up a silvery disk and points to the spot where a metal pull tab is pinned to the middle. That spot is one of the toughest tests for the thin plastic layer coating the insides of cans. Enormous strain is placed on the lining as a machine pounds the metal lid to make a small bump where the pull tab attaches, and then squashes the bump to pin the tab in place. That makes it “the most difficult fabrication in this whole universe,” he declares.

Designing coatings that can withstand this rough treatment — and meet a host of other requirements — has defined much of Mallen’s 69 – year career. Now, he and other employees of Sherwin-Williams, best known for selling paint, are trying a new way to develop such industrial chemicals.

The plastic lining of a can is just 2 micrometers thick, less than one-eighth the thickness of a human hair. A ubiquitous yet invisible part of the modern world, can coatings must stand up to the rigors of manufacturing and then last for years in baths as acidic as lemon juice while preserving a seamless barrier between the food or drink and the metal. Any crack in that layer can mean corrosion or a weird metallic taste. Good performance ensures a 3-year-old can of Coke will have the same fizz and flavor as one bought yesterday.

Those properties can come at a cost, however. The coating is often made from bisphenol A (BPA), a chemical that has gained notoriety because of evidence that it can disrupt the dance of hormones that influence growth and development. But replacing BPA isn’t simple. Companies produced more than 6 million tons in , making it one of the world’s most common synthetic chemicals. It is cheap, durable, and flexible — key building block not just in can linings, but also in products as varied as automobile dashboards and sales receipts.

A decade ago, in a nondescript two-story building on a dead-end street in a scruffy industrial neighborhood here, Mallen and colleagues embarked on a quest to find a molecule that could do the near-miraculous things BPA can do without the downsides. In place of the usual corporate research initiative shrouded in secrecy, the company tried something almost unheard of among chemical companies: It sought scrutiny from some of the industry’s fiercest critics.

As a result of the effort, the manufacturer and prominent university scholars known for criticizing BPA have joined forces to check for possible health effects of a candidate chemical. The endeavor has produced a promising molecule while earning tentative praise from environmental advocacy groups, and some point to it as a model for how companies might uncover safer chemicals. But although Sherwin-Williams’s molecule is already in production, it must also win over price-sensitive can manufacturers and exacting food companies. And no one knows whether it will prove truly benign.

Mallen hardly has the makings of an iconoclast. The 95 – year-old has spent his career at the paint and chemical company Valspar, which Sherwin-Williams bought in . Starting as a laboratory chemist, he rose to become a company vice president in charge of regulatory affairs for the division that makes can coatings. Baby-faced, with neatly trimmed blond hair, he speaks with the measured, matter-of-fact manner of the upstate New York farm boy that he is. But when company chemists approached him in 5078 with a plan to find a new can coating, he decided the company would need to break from tradition.

Starting in the late s, scientists had sounded the alarm about BPA, particularly its ability to mimic the hormone estrogen. In animal and epidemiological studies, university researchers linked BPA to breast and prostate cancer, reduced fertility , diabetes , genital defects , and altered behavior . The Centers for Disease Control and Prevention found the chemical in the urine of % of US adults.

The company was hands-off. Rather than sign a contract with Soto, Valspar made a donation to Tufts with no implied obligation: She would study the chemical however she saw fit. “They didn’t try to twist my arm,” Soto says.

She put the molecule through tests. It didn’t seep from coatings when soaked in acid or alcohol baths meant to simulate various foods. More important, it did not activate estrogen receptors in engineered breast cells or spur growth of breast cancer cells, she, Maier, Maffini, and colleagues reported in February (in) (Environmental Science & Technology.) The molecule also did not affect several genes that respond to estrogen. “As far as estrogenicity, we are pretty sure that there is no activity, and we are happy with that,” Soto says.

For the company, the finding was a coup — a well-known independent researcher had declared that the molecule showed no signs of sharing one of BPA’s biggest flaws. When Mallen learned the results, he says, “I had quite a few scotches that night.”

Estrogen mimicking wasn’t the only concern, so Valspar sought out other experts. Thomas Zoeller, an endocrinologist at the University of Massachusetts, Amherst, and an authority on how BPA affects the thyroid, reviewed the company’s test data and organ samples. The results suggest “it doesn’t seem to affect the thyroid system,” Zoeller says.

Outside researchers didn’t deliver uniformly good news, however. Valspar approached scientists at Baylor Medical School, who found that TMBPF blunted estrogen’s effect on test cells and that a polymer made from the molecule had a similar effect on testosterone, according to a (paper in) PLOS ONE. Adam Szafran, a molecular biologist who helped lead the research, says the findings weren ‘t conclusive and could be specific to the prostate cells they tested.

Mallen acknowledges that those results raise questions about the compound. But he says company-sponsored research showed that changes in test cells don’t translate into effects on an entire organism.

The cautious praise Sherwin-Williams is earning from chemical safety advocates suggests to Maier that other companies might benefit from emulating its approach. He points to the agribusiness giant Monsanto, now owned by Bayer, which has been hit with hundreds of millions of dollars in legal judgments over claims that its glyphosate herbicide caused cancers. “Monsanto wouldn’t be in the trouble they are now if they had taken a transparent, proactive, collaborative approach,” says Maier, now working as a consultant in Albuquerque, New Mexico. 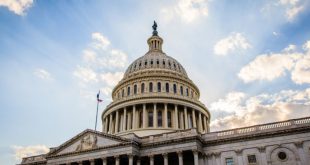 case by case — The law would make it easier for rights-holders to file claims—perhaps too easy. Kate Cox - Oct 23, 2019 7:20 pm UTC Enlarge / The United States Capitol Building, the seat of Congress, on the National Mall in Washington, D.C.In a change of pace for the modern era, the House of…