Harry Kanehas revealed how the shock ofMauricio Pochettino‘s sacking pushed him to go to the formerTottenham Hotspurmanager’s house the day after to “chat for a couple of hours”.

But the Spurs forward has admitted Pochettino’s dismissal after five years together at the club hit him hard, leading to him to meeting up with the Argentine to talk things over.

“I’ve been to see him,” Kane revealed. “I went round his house and caught up with him the next day.

“It was a shock for everyone, so I wanted to go and see him and we had a chat for a couple of hours and it was nice to do that before the new manager came in.

“It’s been a week I’ve never really had in my career before. A big shock on Tuesday night for everyone, the players included. And then it was a quick turnaround all of a sudden we got a new manager, one of the best managers there has been in the game.

“So you have to automatically have to turn your head towards that and focus on the game which was today. Obviously, a lot of emotion, a lot of energy, but since the gaffer came in it was all about just prepare for Saturday, get yourselves ready, you don’t have to impress me days one and two, and run about and waste your energy. It was about going out there and performing today, and thankfully we got the win. ”

Kane also revealed how Mourinho has urged his players to start slow during the preliminary stages of his tenure, emphasizing the need to be explosive during games, rather than lethargic due to training especially hard to impress him in training.

“It’s been three days and he’s said that training’s not going to be 100 mph, ”Kane explained. “Feel yourself into it, you’ll get to know me, I’ll get to know you and then on the weekend he wants us to perform, to bring loads of energy, loads of passion, fight for the club and that’s what we ‘ve done today.

“Our performance up until they scored was very, very good. Disappointed with the way we conceded a couple of goals near the end, but today was all about winning away from home because we haven’t done that in a while and build on that first win with the manager. ”

Kane is also excited by Mourinho’s winning track record as he bids to win his first trophy with Spurs.

“Realistically, we look at the Champions League and the FA Cup to try to do that. We will see how that goes and, from my point of view, I will keep doing what I’m doing and keep fighting for this club on the pitch. ”

“You could say that (Mourinho can help us get over the line) because of his reputation. It’s been three days, so until we build that relationship and see how things go over the next two or three months, we won’t really know.

“But we all want to win and when Mauricio was here we wanted to win the same as when the gaffer is here now. But, of course, when someone has got a reputation like he has, it gives you confidence, it gives you that belief in the team. It’s almost a fresh slate for everyone now to show the manager what he can do and hopefully the squad can thrive on that. ” 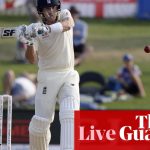 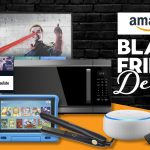