Tottenham cult hero Ossie Ardiles left a long message of support for his fellow countryman Mauricio Pochettino following his sacking by the club on Tuesday.

Spurs look set to replace the Argentinean with Jose Mourinho after it was announced on Tuesday that Pochettino would be leaving the club he has been at since 2014.

Ardiles and Pochettino were known to have a good relationship, and Ardiles- who won the FA Cup and UEFA Cup during his time as a player atTottenham–tweetedsaying: “One glorious chapter in our club history has come to an end today.

“From my part I would like to say a big big thank you to Mauricio for everything he has done at our club. These 5 years have been a roller coaster of a ride. In extremely difficult cirunstances (Leaving our beloved White Hart Lane- Who can forget The Finale- playing at Wembley, etc Mauricio put us in the elite of World football.

“We owe him so many memories. Where to start? With him we learned to ‘believe’. Everybody at Spurs owe him so much. It was such a pleasure to arrive in the Training ground and witness the camaraderie, the atmosphere there. From everybody. From my personal point of view, life gave me a wonderful present. Unique. His friendship. The friendship of a wonderful, principled man that would last forever.

“Mauricio, my friend, have a very good and deserved rest and come back to football (Football need people like you) revitalized, refresh. And, of course, we meet again … On behalf of everybody at Spurs (and I know I talk for everybody) … THANK YOU !!! And of course, COYS !!! “

It remains to be seen whether Spurs will have appointed a new manager before their next game, a London derby againstWest Hamon Saturday lunchtime. 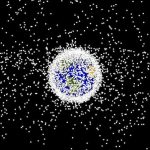