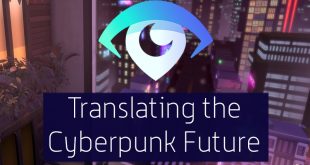 The Rust-loving team at Immunant has been hard at work on C2Rust, a migration framework that takes the drudgery out of migrating to Rust. Our goal is to make safety improvements to the translated Rust automatically where we can, and help the programmer do the same where we cannot. First, however, we have to build a rock-solid translator that gets people up and running in Rust. Testing on small CLI programs gets old eventually, so we decided to try translating Quake 3 into Rust. After a couple of days, we were likely the first people to ever play Quake3 in Rust!

After looking at the original Quake 3 source code and various forks, we settled on

. It is a community fork of Quake 3 that is still maintained and builds on modern platforms.

As a starting point, we made sure we could build the project as is:

The ioquake3 build produces a few different libraries and executables:

Of these libraries, the UI, client, and server libraries can be built as either (Quake VM) ****************** (assembly or native X) shared libraries. We opted to use the native versions of these libraries for our project. Translating just the VM into Rust and using the QVM versions would have been significantly simpler but we wanted to thoroughly test out C2Rust.

We focused on the UI, game, client, OpenGL1 renderer and main binary for our translation. It would be possible to translate the OpenGL2 renderer as well, but we chose to skip it as it makes significant use of. Glsl