I am currently working my way throughHigher-Order Perl, a highly recommended tome on effective and practical use of functional programming techniques in Perl. As you’d expect from a book that spends a lot of time discussing such concepts as function composition and recursion, the subject of tree traversal makes a frequent apperance:

There may be even more appearances later in the book that I’ve yet to discover; as I said, I’m not through with it yet. However, the book changes topic after that, at least momentarily, so I stopped to ponder. It occurred to me that this is the entire extent to which discussions of tree traversal typically go. Another obvious option that occurred to me many years ago is not discussed anywhere that I’ve seen, though it is occasionally mentioned as a possibility in passing:

You can get rid of any stacks whatsoever by keeping a parent pointer in the tree node data structure. Effectively, this turns the tree into a (sort of) state machine. While traversing, you need no memory other than the current and previous node / state. The traversal algorithm is very simple:

Obviously, if there is no left child to descend to, you try the right one; and if there is no right child to descend to, you ascend to the parent. Traversal is complete when an attempt to ascend to the parent node fails because there is no parent. Pre-, post- and in-order traversal can be implemented simply by changing which of the conditions implies that the current node must be visited: if you visit the node when coming from…

Assuming all tree nodes are instances of a class which hasparent,leftandrightmethods and usesundefto signify the absence of a pointer, then the following is an implementation of the in-order version of the traversal algorithm in Perl:

This is the most straightforward implementation, which does have a fault: there is some code duplication between the coming-from-parent and coming-from-left-child states. The complication comes about because node visiting must be ensured even when the node does not have the particular pointer to come from;egin the case of in-order traversal, you visit the current node when you come from the left child node; but when a node has no left child node, you must still ensure that the node will be visited. The discovery that the left child node is absent will happen when the previous node was the parent, and so that state must ensure to visit the current node before going on to try to descend to the right.

The fix is ​​conceptually simple, but not easy to express in code. You need a way to fall through from the body of one branch to another’s without checking the condition for that branch, much the way C’sswitchstatement works, where branches fall through by default and require an explicitbreakto exit. Aswitchstatement in C is simply a structured expression of a jump table (but note that you couldn’t actually use aswitchstatement in C for this because thecaseconditions in this algorithm wouldn’t be constant expressions); so the Perl version will need a couple of explicitgotos:

In this rendition of the algorithm, the reformulation required to implement pre- or post-order traversal is trivial: you just move the callback invocation to the appropriate label.

(It is in fact quite simple to implement all three variants in a single function: just put a call in every branch and make them conditional on an extra parameter, eg$ visitor_callback ->($ curr_node) if $ order==-1;where$ order==0means in-order traversal and in that case the parameter is optional.) 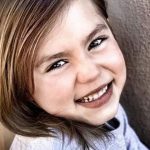 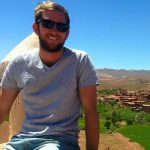