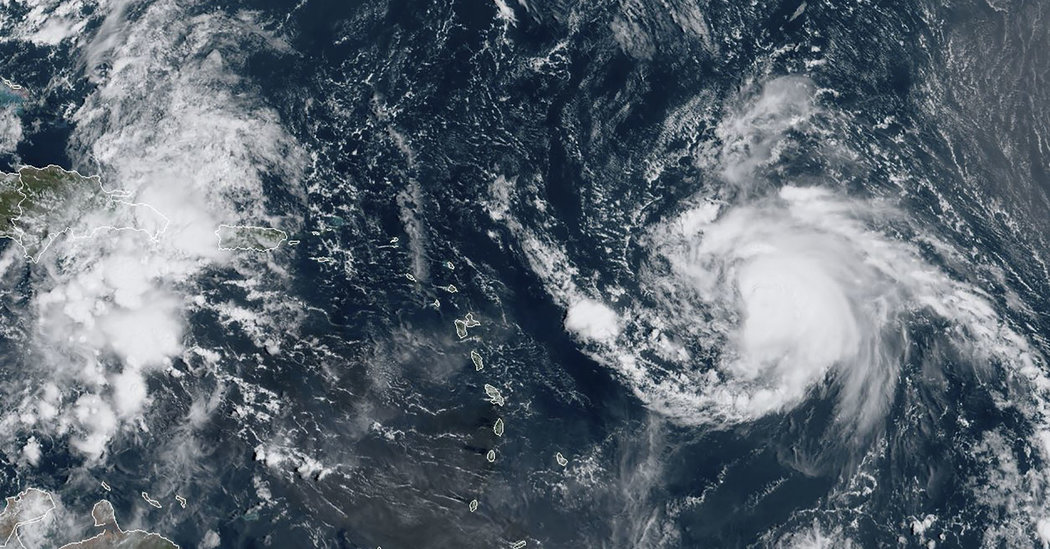 **** Tropical Storm Jerry strengthened to a hurricane in the Atlantic Ocean on Thursday, just one day after Hurricane Humberto grazed Bermuda.

While Humberto did not directly hit the British nation, the Category 3 storm brought powerful winds reaching speeds of more than 100 miles per hour and drenching rain that left thousands in the dark, toppled trees and damaged property.

Tropical Storm Jerry, which formed on Wednesday, became a Category 1 hurricane on Thursday morning, bringing with it fierce winds and heavy rain, as it moves west-northwest .

Afterward, forecasters say the storm may head northeast and could be near Bermuda by early Tuesday.

Humberto knocked out power for nearly 30, 000 peoplein Bermuda on Wednesday, according to a statement released Thursday by Wayne M. Caines, the Bermudan minister of national security.

“The good news is there was no loss of life,”Mr. Caines said, adding that the country “is getting back on its feet.”

“We’ve made it through and everyone is safe, ”David Burt, Bermudan premier, said in a statement on Thursday morning. “[T] Hat’s what is most important.”

Mr. Burt, who urged people to check on elderly neighbors and anyone who needs assistance, highlighted one other piece of good news: the birth of a baby girl.

“Congratulations to those parents whose new arrival provided a welcome note of joy in the midst of the storm,” he said.

Hurricane Humberto is expected to become a post-tropical cyclone, according to forecasters, which also means it’s likely to expand.

“It’s still going to have very strong winds and, as hurricanes start to lose their tropical characteristics, they grow in size,” said Michael Brennan, branch chief of the hurricane center’s Hurricane Specialist Unit. “Humberto is a very large storm right now. For example, the tropical storm force winds go out up to 400 miles from the center, and the hurricane force winds go out about 90 miles from the center. ”

The recent formation of Humberto, Jerry and Imelda – which is causing dire flooding in Texas – is not uncommon .

“It’s certainly not unusual to have a lot of storms in September, that’s the peak of Hurricane season,” Mr. Brennan said, noting that people who live in hurricane-prone areas need to keep watch for updates on potential storms.

The first thing you need to know is your risk, he said. “That’s going to be the foundation of your hurricane plan.”

In the Pacific Ocean, Tropical Storm Lorena is threatening parts of Mexico, leading the government toissue a hurricane warning for the southern portion of the Baja California peninsula. Forecasters predict Lorena, which was briefly a Category 1 hurricane, to regain hurricane status as it approaches the region. 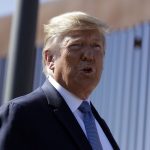 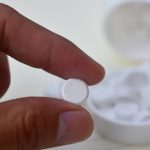