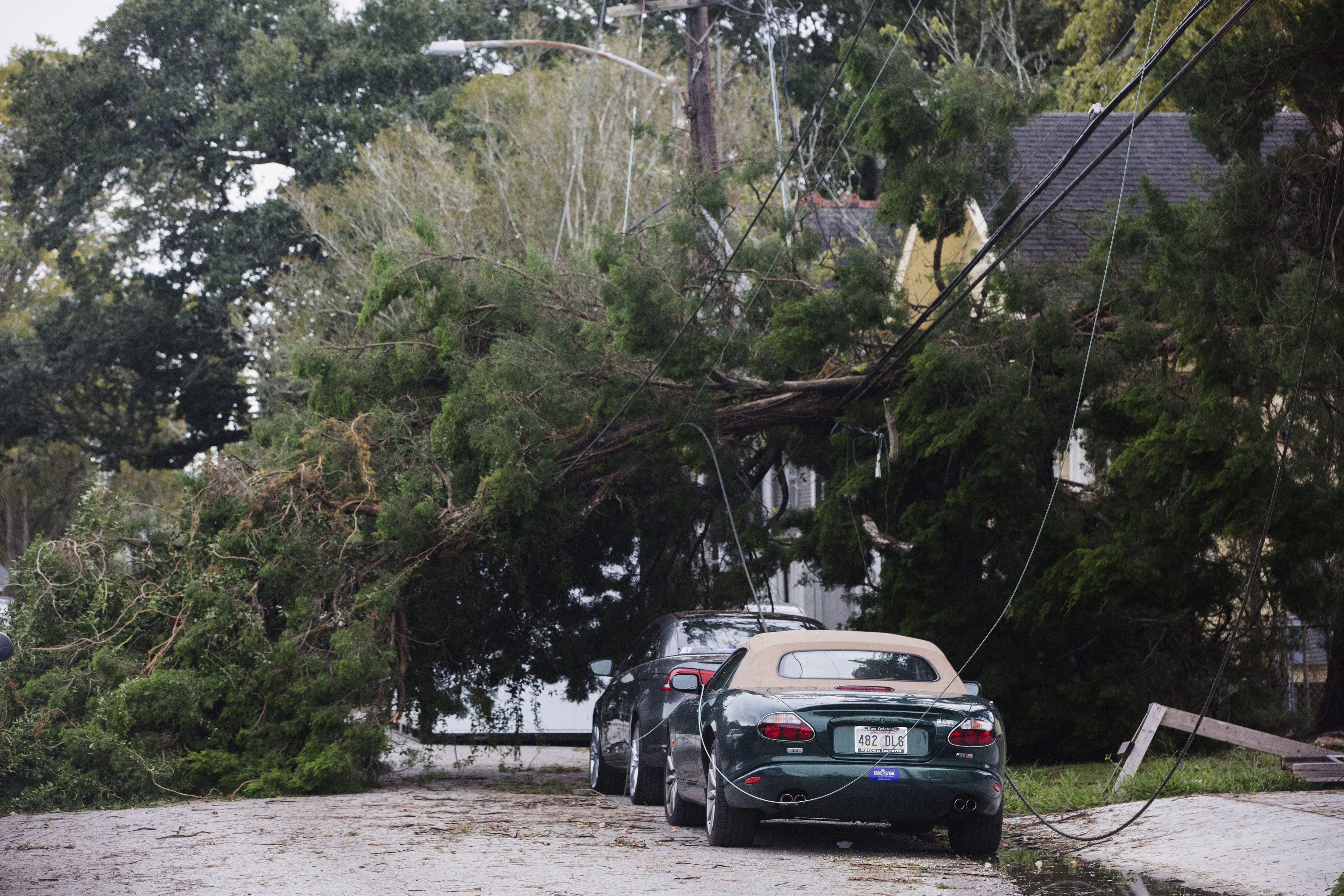 ) “These winds were higher than we expected, and we will be studying this storm to learn how we can better forecast situations in the future,” the NWS said.

A wind advisory that could potentially knock out power remained in eastern Mississippi, according to NWS Jackson Meteorologist John Moore.

“Olga has dissipated but remnants are pushing north into Tennessee,” Moore said. “It should be out of state [Mississippi] by later Saturday.”

A tree falls on Metairie Road and takes out power lines in New Orleans on Saturday after Tropical Storm Olga went through the area. (Sophia Germer / The Advocate via AP)

Tupelo Mayor Jason Shelton was trapped in his Mississippi home by a downed tree for 1.5 hours on Saturday and reportedly suffered injuries. He was taken out on a stretcher.

City spokeswoman Lucia Randle said the mayor was taken to North Mississippi Medical Center and was “under observation,” but didn’t specify his

Residents had also been alerted to multiple tornado warnings, and at least one twister touched down in Mobile, Ala.

A tree lies on Camp Street by Henry Clay Avenue after Tropical Storm Olga went through the area in New Orleans on Saturday. (Sophia Germer / The Advocate via AP)

Downed trees were a major issue.

In New Orleans, city officials said there were more than “25 reported tree emergencies. ” About 30 trees were removed from the Abita Springs, Bush, Covington, Hickory, Mandeville, and Talisheek areas.

In Louisiana, nearly 70, 000 buildings were without power at the peak of the storm .

Birmingham NWS Meteorologist Gary Goggins said winds that might blow up to 40 mph are a remaining hazard around Tuscaloosa, Ala. 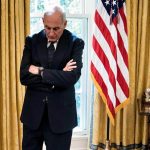