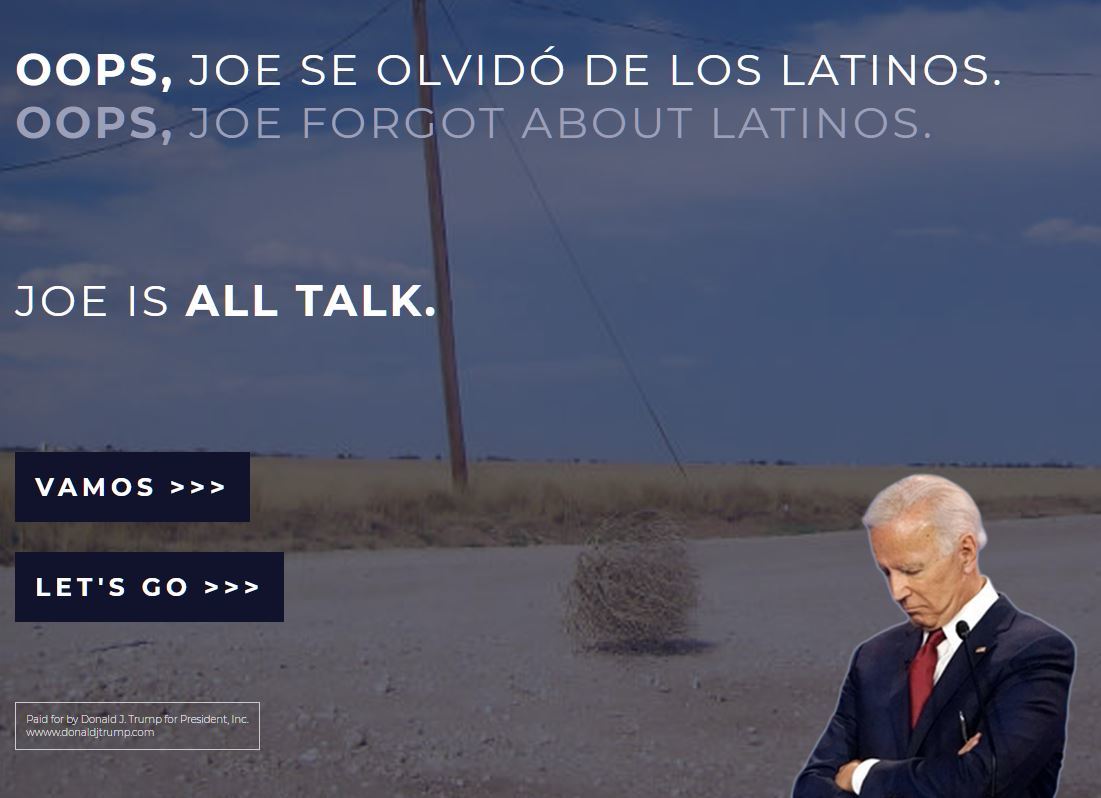 Joe Biden, at least by most national polls, remains the favorite to win the Democratic primary, but the former vice president has nonetheless proven unable to build his coalition. Just as troubling for his prospects of maintaining an ever-slim lead against fellow Democrats, he raised $ 15 .7 million last quarter – substantially less than Bernie Sanders and Elizabeth Warren, and trailing even Pete Buttigieg.

Biden, suffice it to say, must run his campaign like a well-oiled machine between now and early February to ensure his candidacy remains viable through Super Tuesday. Unfortunately, there’s little to suggest he and his team are prepared to take advantage as nationwide attention on the race grows – and every indicationDonald Trump’scampaign will remain ready to pounce on every mistake. “Todos Con Biden” to “Joe Forgot About Latinos”

On Wednesday, Biden unveiled his Latinx outreach program, “Todos Con Biden.” While building support among Latinx voters is a necessity for Democratic candidates, especially leading up to the Nevada primary in late February, rolling out any campaign initiative without prior due diligence is a recipe for disaster – a lesson Biden and his people are learning the hard way.

Visitors to todosconbiden.com aresent to a page that features a frowning Biden, looking down with his arms crossed, below a message reading “ Oops, Joe forgot about Latinos. Joe is all talk. ”Buttons on the page redirect toLatinos For Trump, and the small print confirms the website was paid for by the president’s re- Election campaign.

The@ todosconbidenTwitter account, meanwhile, features a video of Biden’s “poor kids are just as bright and just as talented as white kids”slip, alongside a years-old video of him advocating for fencing along the border. The Todos Con Biden Facebook page offers similar material, including a 2014 photo of a smiling Biden with disgraced Venezuelan leader Nicolas Maduro.

Trump’s trolling didn’t end there, though. At a Biden campaign event in Las Vegas, supporters of the president held hand-made signs encouraging people to visit todosconbiden.com.

From a Victim of ‘Domain Warfare’ to a Purveyor

Trump, it bears mentioning, has been the victim of similar digital gamesmanship. In 2012, Chris Puchowicz, a longtime critic of Trump,bought the domainTrump.org for $ 1, 272 in anticipation of a future presidential campaign from the tabloid and reality TV star. Shortly thereafter, the Trump Organization demanded he turn the address over to Trump, free of charge, lest he be sued for $ 100, 000.

Last June, amid multiple reports and mounting hysteria about the administration’s “zero-tolerance policy” at the border that led to family separation, one enterprising individual bought the domainTrumpHotels.org. Rather than images of towering buildings bearing the Trump name and perfectly-manicured golf courses, visitors to the address see photos of migrant children in cages and incendiary quotes from Trump, under the heading of “Thoughts From Our Manager,” about Mexico and its people . *****

The big winner of the domain wars, though? YouTuber Josh Fayer, who bought the domainJoe 30330. comafter Biden told viewers to “ (go to Joe) , ”ostensibly his campaign’s text prompt, during closing remarks at the second Democratic debate. Heading to that address redirects to “Josh For America,” which includes a satirical campaign video forAmerica’s “first Gen Z’er” to run for President. 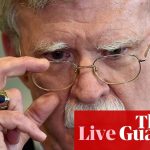