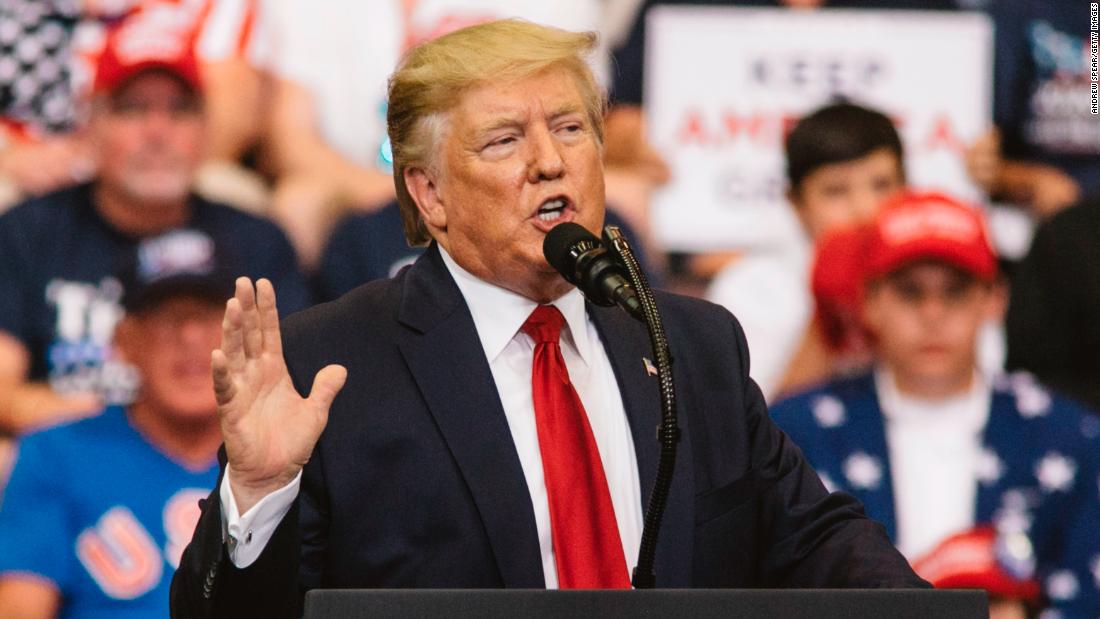 (CNN)President Donald Trump is set to hold a campaign rally in Fayetteville, North Carolina, Monday night, about a dozenmiles from Fort Bragg, the country largest military installation and home to approximately 53 , 700 troops.

Trump’s visit comes one day before aspecial election in North Carolina’s 9th Congressional District, which stretches east from the suburban south Charlotte area past Fayetteville. The district’s seat in the House of Representatives is currently vacant due to fraud in the 2018 midterm election. The President is aiming to boost Republican Dan Bishop, whom he endorsed in May after candidate Mark Harris dropped out for health reasons, in what is expected to be a tight race.

The district, which Trump won handily in 2016, has been held by Republicans since 1963, but Tuesday’s election will be a test of whether the momentum that carried Democrats to control the House is able to propel Bishop’s opponent, Democrat Dan McCready, an entrepreneur and former US Marine, to victory.

It will also be a test ofwhether Trump’s 2020 message– casting Democrats and McCready as politicians who “(want) Open Borders, Sanctuary Cities, and Socialism” – resonates with the suburban voters in North Carolina who will be crucial to his reelection chances more broadly.

Trump previously held a rally in Fayetteville during his December 2016 victory tour, and Fayetteville’s rally will mark Trump’s second trip to North Carolina since formallylaunching his 2020 campaign in June. He held a rally in Greenville, North Carolina,in July, where a crowd chanted “Send her back!” in response to Trump’s intensified rhetoric attacking four progressive Democratic congresswomen.

Speaking to reporters on the White House South Lawn before departing for Fayetteville, Trump appeared to manage expectations, noting that his name is not on the ballot ahead of the special election.

“I’m not running, but I have a lot of respect for Dan Bishop,” he said, adding that polling numbers have gotten “closer” since he got involved a few weeks ago.

Trump said he didn’t see the race as a bellwether when asked.

“No, I don’t see it as a bellwether. They always ask that question,” he said before touting Republican victories in the Senate in 2018 and, as a result, nearly 180 judicial confirmations.

“We’re very happy with the way we’ve done. The ’18 election, the big thing was I wasn’t running. But I will go and help Dan Bishop, “he said. 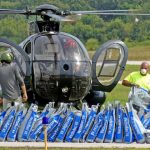 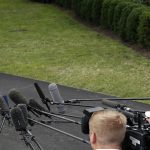