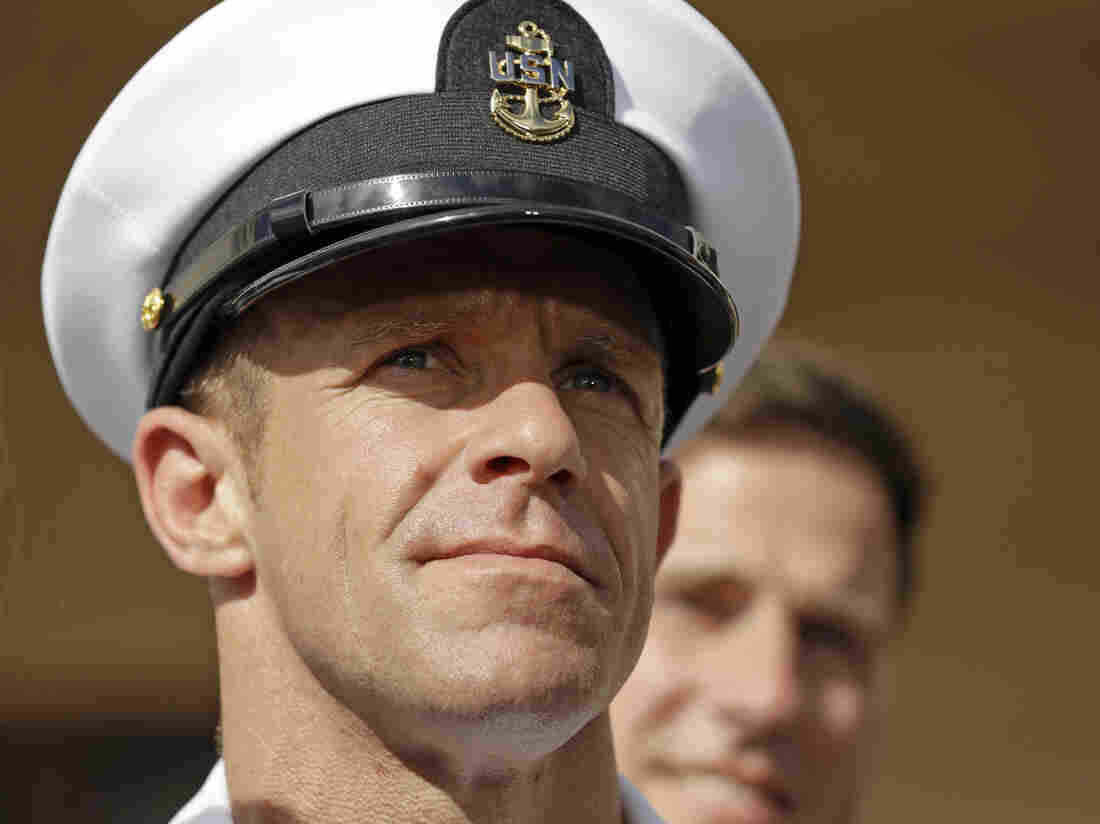 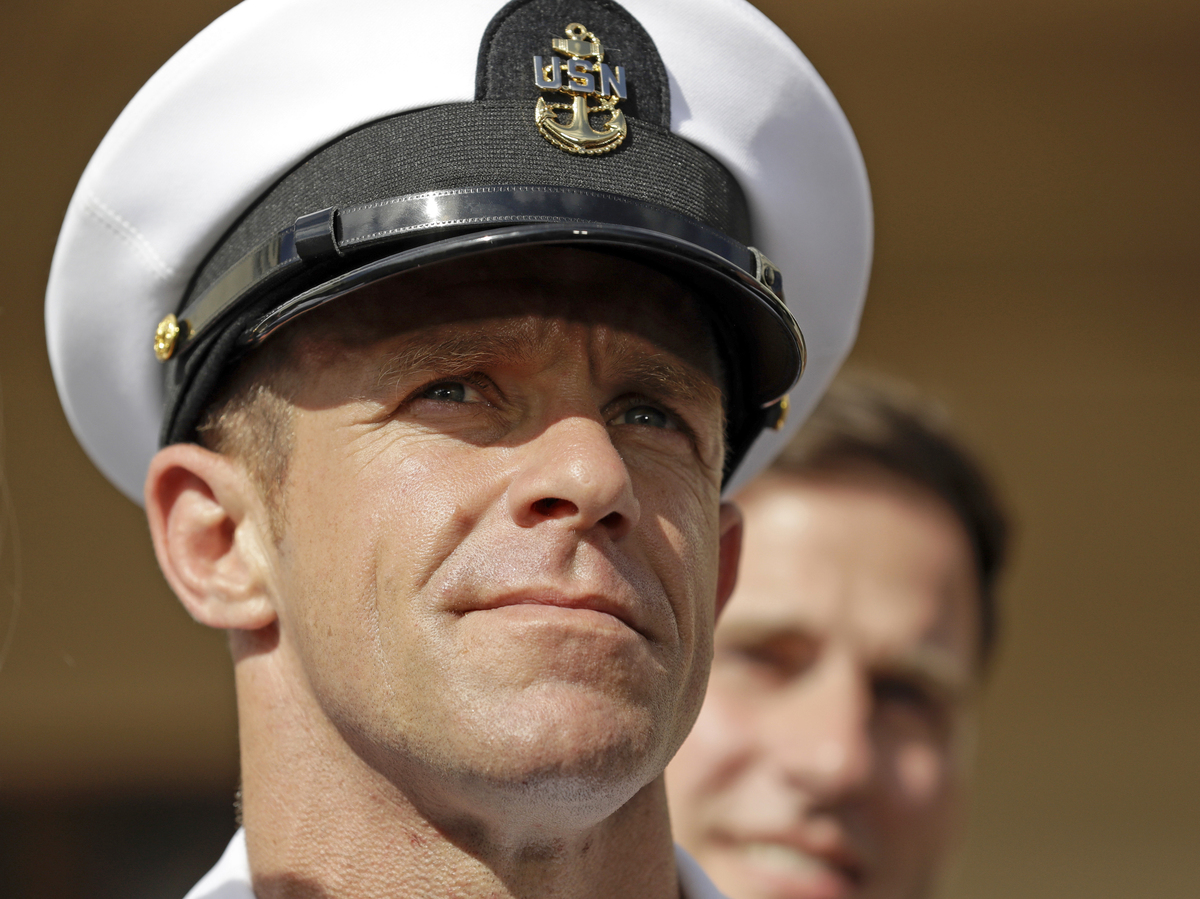 Navy Special Operations Chief Edward Gallagher leaves a military court on Naval Base San Diego in July. He was acquitted of murdering an Iraqi teen, but convicted on a lesser charge.

President Trump has issued pardons for two Army officers accused of war crimes in Afghanistan and restored the rank of a Navy SEAL who was acquitted of murder in Iraq.

“For more than two hundred years, presidents have used their authority to offer second chances to deserving individuals, including those in uniform who have served our country,” said White House Press Secretary Stephanie Grisham in astatementreleased late Friday. “These actions are in keeping with this long history.”

The officers include 1st Lt. Clint Lorance who has served six years of a 19 – year sentence on two charges of second-degree murder and obstruction of justice after ordering his soldiers to open fire on three unarmed men in Afghanistan, killing two of them . He had been convicted in 2013.

The other pardoned officer is Maj. Matthew Golsteyn, a West Point graduate, who was awaiting trial for allegedly murdering a suspected Afghan bombmaker in 2010. The trial was scheduled fornext year.

The president also restored the rank of Special Warfare Operator Chief Edward Gallagher, a Navy SEAL, who was convicted of posing with a corpse of an enemy combatant in Iraq. Gallagher had been acquitted of murder and other serious charges in July 2019.

Some current and former Pentagon officials say the pardons, while legal, could undermine the military justice system.

Defense Secretary Mark Esper and Army Secretary Ryan McCarthy had argued against clearing the three men as a bad example to other troops in the field,accordingtoThe New York Times.

Without saying whether he supported the exoneration of the three service members, Espertoldreporters last week that he had “a robust discussion with the president” about their cases.

In May, Trump indicated that he favored leniency towards the service members whose cases werehighlightedby conservative media.

“Some of these soldiers are people that have fought hard and long, “saidthe president. “You know, we teach them how to be great fighters, and then when they fight sometimes they get really treated very unfairly.”

In the White House statement, press secretary Grisham underscored the notion that Trump will have the last word on military justice.

“The President, as Commander-in-Chief, is ultimately responsible for ensuring that the law is enforced and when appropriate, that mercy is granted,” she wrote.