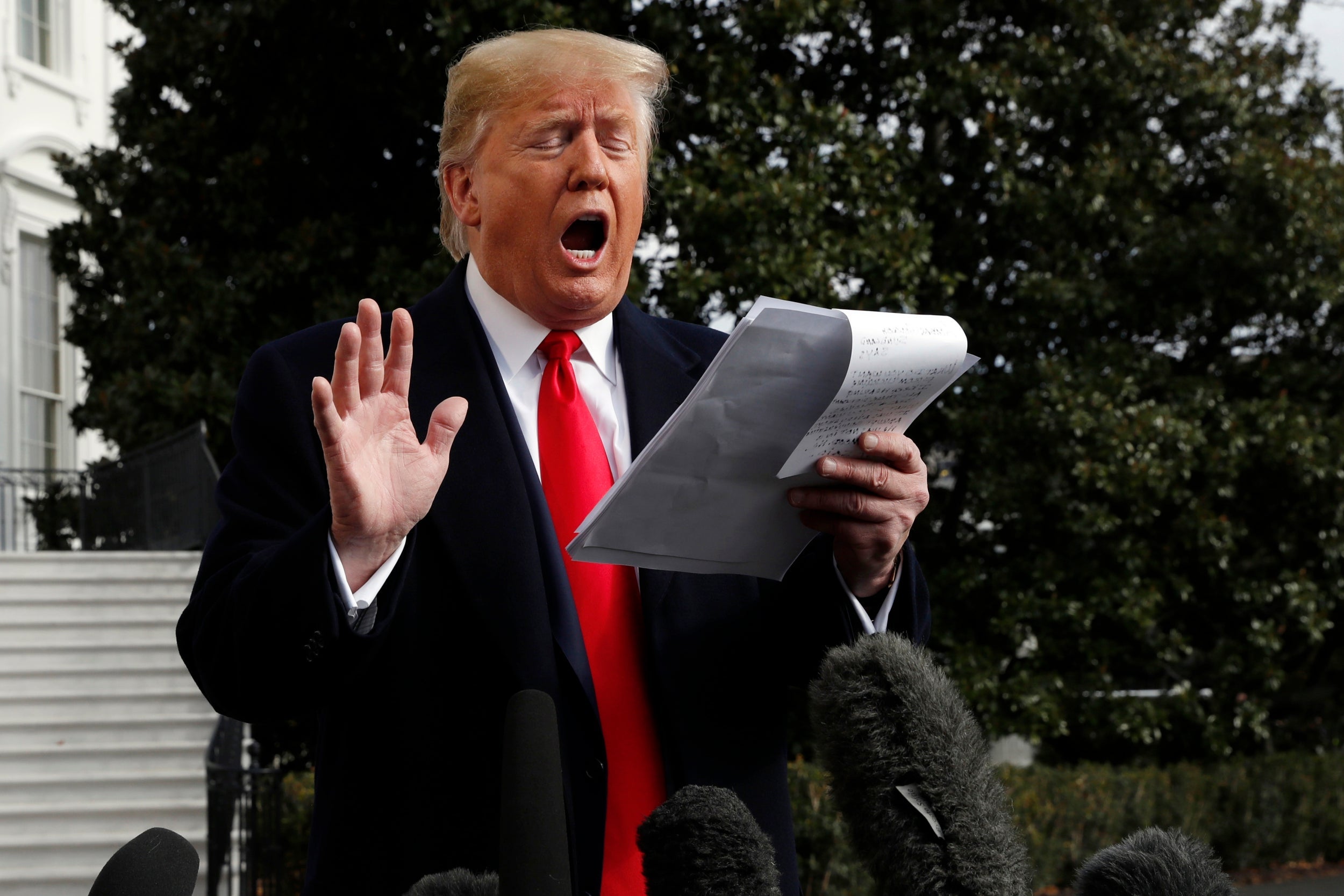 ‘A nothing-burger’: Republicans in denial after day of drama as Pence and Pompeo distance themselves

Congressional Republicans are so far showing no overt signs of abandoning their support for Trump, the latest demonstration of how Democrats’ impeachment inquiry has left the two parties inhabiting different political universes. While Democrats revelled in Sondland’s testimony, GOP lawmakers minimised downplayed his appearance, saying his revelations hadn’t changed their minds.

“A meeting, which is a nothing-burger?” Texas senator John Cornyn said of one of Trump’s demands. “The president can meet with whoever he wants to meet with, for a good reason or no reason at all.”

“None of this “has risen to level of meriting Trump’s impeachment, said Indiana senator Mike Braun. “And I’m pretty certain that’s what most of my cohorts in the Senate are thinking.”

Even so, there is a guardedness among Republicans about the impact of revelations like Sondland’s and what disclosures remain.

Polling has shown that while public opinion has shifted recently toward slightly backing Trump’s impeachment , Democrats strongly support the effort while Republicans vehemently oppose it. Independence have been divided.

“The question is, is this information enough to disrupt the equilibrium or not?” David Winston, a pollster who works with congressional Republicans, said of Sondland’s testimony. Winston said it “takes a lot” for people who have strong opinions on a subject to change them. Republicans acknowledged they would be watching for the results of fresh polls and focus groups and monitoring the attention the inquiry receives back home. But, for now, they said, there seems to be little shifting of people’s views and a sense that Democrats’ case against Trump is complicated and unwieldy for people to digest.

“Crickets,” Texas congressman Michael Conaway, who is retiring, said of his constituents’ reactions. “They’re tired of it. They’re weary of it. Stop.”

Nebraska representative Don Bacon, a sophomore lawmaker who won his closely divided Omaha-based district by two percentage points last year, said even Sondland’s appearance left him still thinking that Trump hadn’t committed an impeachable offence. “The key word is he said he presumed, hadn’t heard it firsthand, it’s the same old thing, “Bacon said of Sondland’s testimony. Bacon said impeachment is on voters’ minds but leaves partisans on both sides entrenched in their views about Trump.

Florida congressman Francis Rooney, who announced he’d not seek re-election a day after saying he could consider impeachment, said he was left undecided and bemoaned the partisanship that he said leaves both sides so starkly divided on issues, including impeachment. “That’s the saddest part of the whole deal, it’s like Mars and Venus,” he said.

North Carolina senator Richard Burr, chairman of the Senate Intelligence Committee, which has been conducting its own, bipartisan probe of Trump and Ukraine, also said they he doesn’t think Sondland’s appearance was “a gamechanger”. He said Democrats must show that “there was an act that was committed that rose to the level of removal from office. I’m just like the American people, I’m waiting to see it.”

Two Republicans conspicuous by their silence were Pence and Pompeo, both implicated by the ambassador.

Marc Short, Pence’s chief of staff, said that Pence never spoke with Sondland on 1 September “about investigating the Bidens, Burisma or the conditional release of financial aid to Ukraine based upon potential investigations.”

Pence later told a Wisconsin television station the conversation doesn’t ring a bell: “I don’t recall any discussions with Ambassador Sondland before my meeting with President Zelensky that had to do with investigations.”