US Judge Brett Kavanaugh speaks after being nominated by US President Donald Trump (L) to the Supreme Court in the East Room of the White House on July 9, 2018 in Washington, DC.

President Donald Trump on Monday tore into The New York Times after the newspaperupdated its reportabout accusations of sexual misconduct against Justice Brett Kavanaugh to clarify that one alleged victim says she “does not recall the incident. “

The Times’ report, published Saturday evening, detailed a previously unreported accusation from Kavanaugh’s time as a student at Yale University. The newspaper reported that a student at the school “saw Mr. Kavanaugh with his pants down at a different drunken dorm party, where friends pushed his penis into the hand of a female student.”

On Sunday, the Times updated its report with an editor’s note: “An earlier version of this article, which was adapted from a forthcoming book, did not include one element of the book’s account regarding an assertion by a Yale classmate that friends of Brett Kavanaugh pushed his penis into the hand of a female student at a drunken dorm party. The book reports that the female student declined to be interviewed and friends say that she does not recall the incident. That information has been added to the article. “

Trump, who hadrecommended over the weekend that Kavanaugh “should start suing people for libel,”fired off multiple tweets attacking the newspaper for the update.

“The one who is actually being assaulted is Justice Kavanaugh – Assaul ted by lies and Fake News! ” Trump tweeted, citing Fox News morning program “Fox & Friends,” which had touched on the update moments earlier.

“DO YOU BELIEVE WHAT THESE HORRIBLE PEOPLE WILL DO OR SAY,” Trump wrote in another tweet. “They are looking to destroy, and influence his opinions – but played the game badly. They should be sued!”

Kavanaugh did not speak to the Times due to a disagreement over the terms of a possible interview, according to the report. Kavanaugh reportedly declined to answer questions about the new allegation.

Harris had questioned Kavanaugh in a volatile and polarizing hearing during his confirmation, when the then-nominee adamantly denied an accusation from California professor Christine Blasey Ford that he had sexually assaulted her at a high school gathering more than three decades earlier.

Kavanaugh at that hearing also denied reports about an allegation from Deborah Ramirez,first publishedin The New Yorker, that Kavanaugh drunkenly exposed himself to her at a party at Yale in the early 1980 s, when they were both freshmen.

The Times article this weekend reports that the previously untold incident was witnessed by Ramirez’s then-classmate, Max Stier. Stier had shared his account with senators and the FBI, but has declined to discuss it publicly, the newspaper reported. The FBI did not investigate the claim, according to the Times.

“We corroborated the story with two officials who have communicated with Mr. Stier; the female student declined to be interviewed and friends say she does not recall the episode, “the most recent version of the article states.

A spokesperson for The New York Times did not immediately respond to CNBC’s request for comment on the president’s tweets. 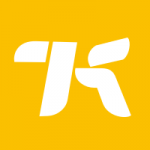 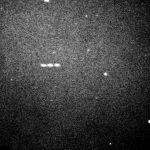