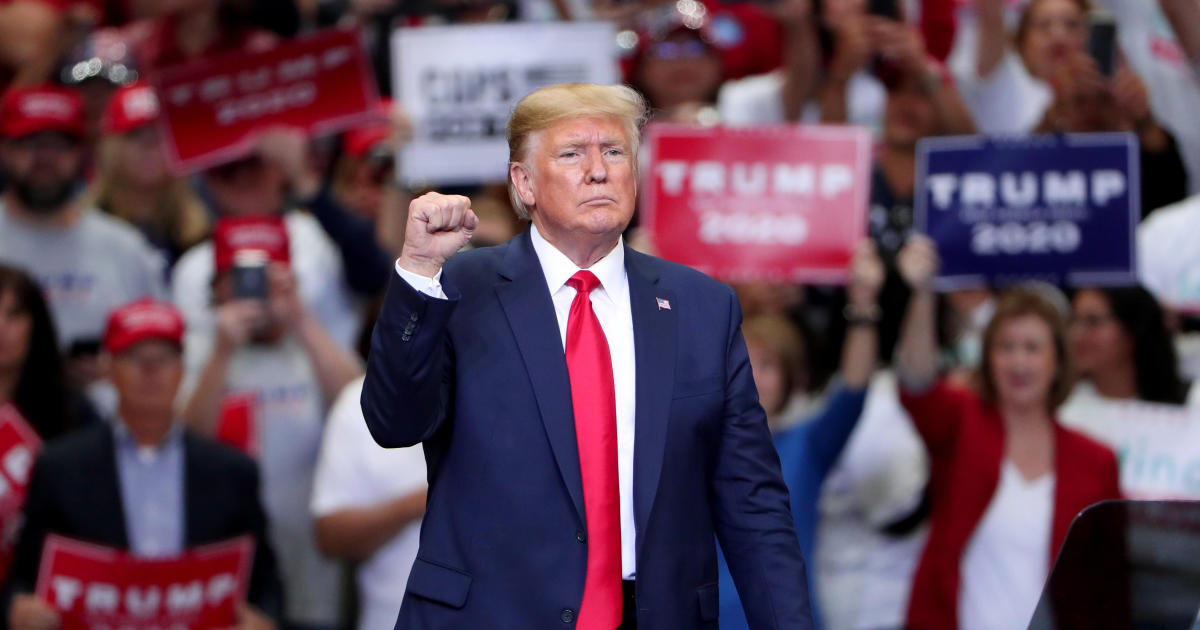 President Trump mocked former Vice PresidentJoe Biden, former CongressmanBeto O’Rourkeand the impeachment inquiry at a Friday night rally in Mississippi. It was his first rally since the House formally launched an impeachment inquiry.

“How do you impeach a president who didn’t do anything wrong? Mr. Trump asked.

Mr. Trump was in Mississippi, a state that voted overwhelmingly for the president in 2016 , to rally in support of Lieutenant Governor Tate Reeves, theRepublican nominee for governor.

He also called impeachment a “dirty word, a phony word,” and claimed before the audience of about 10, 000 supporters that “yesterday’s vote by radical Democrats is an attack on democracy itself.”

Mr. Trump promised the crowd of Mississippians that the end result would be his re-election victory a year from now.

Mr. Trump mocked the idea that he was “so afraid” of Biden that he would have tried to dig up dirt on Biden and his son, Hunter. Mr. Trump said he “beat the Clinton dynasty, the Bush dynasty, the Barack Hussein Obama dynasty,” but “Sleepy Joe, I’m worried about?”

Mr. Trump said he made the phone call to Ukraine “at the behest of people” who asked him “could you call and say hello?” He insisted the July 25 phone call at the center of the impeachment inquiry was “appropriate.”

“It’s a phony gig , this whole impeachment scam, to delegitimize next year election, maybe the best election ever, “Mr. Trump said. “Let’s give George Washington some credit, but everyone expected him to win.”

Mr. Trump said House Speaker Nancy Pelosi was “spending all her time on this impeachment crap.” Instead, he said, “go home and fix your district, Nancy.”

The president asked the crowd , “Did you hear? Beto dropped out. Oh, that poor bastard. That poor pathetic guy. He’s pathetic.” And he smirked, adding, “Remember the arms flailing about?”

He described the former congressman from El Paso, who had dropped his presidential bid only a few hours before, as a “nasty guy” and said he “quit like a dog.” Mr. Trump also mocked O’Rourke’s comments that he was “born to be in it,” saying “if that’s the case, some really bad things happened and he made a fool of himself.”

Mr. Trump did briefly mention the raid that killed ISIS leader (Abu Bakr al-Baghdadi) . He complained that “if Obama had that story, it would be going on for another seven months.”

Mr. Trump said the media downplayed the raid, saying “with me, they don’t even wanna – they actually played it down. And actually, and I’m happy about this – Conan, the dog, got more publicity than me. ‘m very happy about that. “

The media was a favorite topic for Mr. Trump on Friday night, who insisted CNN turned “the red light off,” presumably meaning the camera light, when he was bashing them.

Friday’s rally was intended to drum up support in the governor’s race for Reeves, who is unexpectedly facing a close contest against Attorney General Jim Hood, the only Democrat to hold statewide office in Mississippi. Mr. Trump spoke about national politics for about 30 minutes before mentioning the Mississippi race, saying ” I can’t believe this is a competitive race. It’s like, embarrassing. “

When the rally was announced, Hood said Mr. Trump was coming to rescue Reeves.

“The real reason he’s coming to Mississippi is because Tate Reeves has failed miserably to inspire or excite even his own supporters, “Hood said in a statement at the time.

Fin Gomez and Eleanor Watson contributed to this report. 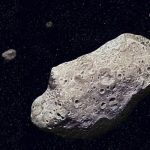 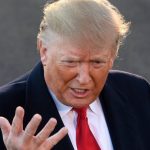