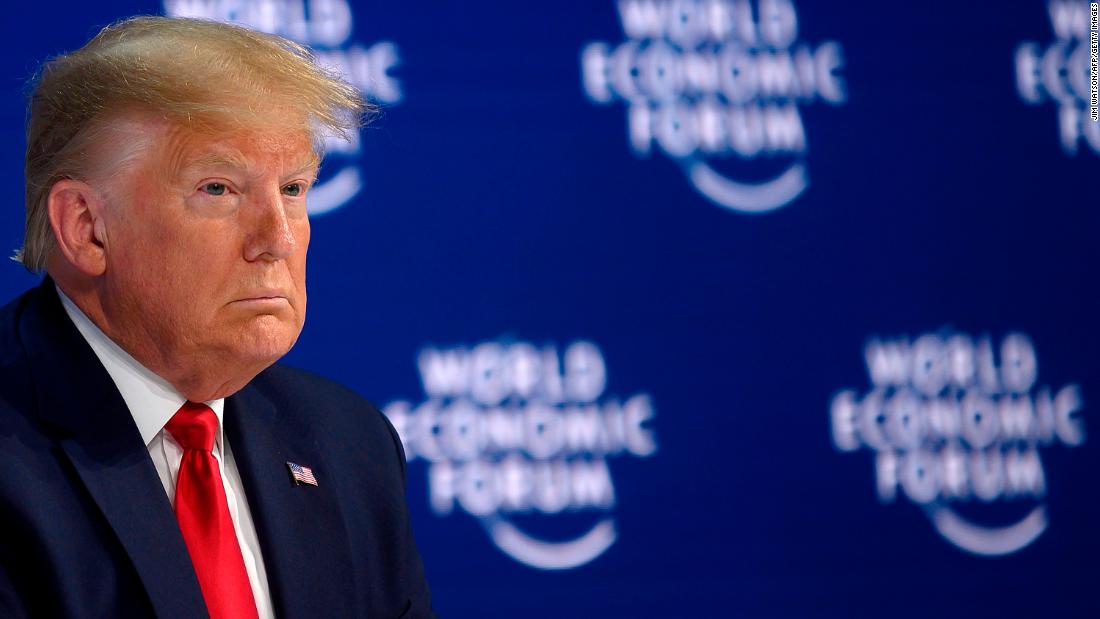 (CNN) President Donald Trump told reporters on Wednesday that he would “love” to sit in the Senate chamber while his own impeachment hearing is taking place , adding he would “sit in the front row and stare in their corrupt faces, “referring to House and Senate Democrats.

Trump has previously claimed he would be willing to take a more central role in his legal defenses, including the Mueller investigation, when he repeatedly said he would gladly sit down with investigators but never did.

“I’d love to go. Wouldn’t that be great? Wouldn’t that be beautiful?” Trump told reporters at a press conference that focused largely on the trial back in Washington as he departed the World Economic Forum in Davos, Switzerland. Meanwhile, the Senate is preparing to hear the House impeachment managers’ first day of opening arguments where they will lay out their case for Trump’s impeachment.

Trump then suggested that his legal team, led by Pat Cipollone and Jay Sekulow, may have a problem with a potential appearance.

I think they might have a problem, “Trump said with a slight smirk.
The exchange echoes how Trump reacted to special counsel Robert Mueller’s Russia investigation. when questions arose about whether he would testify in person. In – while the investigation was still taking place – Trump repeatedly told reporters that he would “love to speak” with Mueller, but would always add the caveat that his attorneys would have to agree.

, Trump told reporters, “I would love to speak because we’ve done nothing wrong,” but added his lawyers had advised him against sitting for an interview.

Trump stuck to many of his often-repeated lines on impeachment during his Wednesday new conference calling it a “hoax” and a “witch hunt.”

The President also said he would like his former national security adviser John Bolton to testify in the impeachment trial but cited national security concerns and told reporters he and Bolton did leave “in the best of terms.”

“I don’t know if we left in the best of terms. I would say probably not. So, you don’t like people testifying when they didn ‘ t leave on good terms and that was due to me. Not due to him. ”

Trump added he would also like current officials including Secretary of State Mike Pompeo, acting chief of staff Mick Mulvaney and former Energy Secretary Rick Perry to testify, but repeated that it would be a “national security issue.”

The President was also asked about his relationship with Lev Parnas, an associate of Rudy Giuliani who was indicted in October on campaign finance charges. Parnas has said in interviews with CNN and others he was involved in efforts undertaken by Giuliani and his associates to dig up dirt on the President’s political rivals, which is the issue at the center of the impeachment trial.

“I don’t know him,” Trump said of Parnas with whom he is photographed multiple times. “Other than he’s sort of like a groupie. He shows up at fundraisers,” Trump added.

Trump also continued to defend Giuliani, his personal. attorney, and said the only reason he is not a member of his legal team is because Giuliani could become a witness. 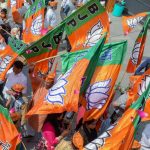 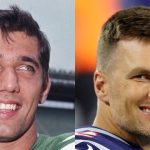