“Last night the United States brought the world’s Number One terrorist leader to justice, “Trump said in a televised announcement form the White House. “He was a sick and depraved man, and now he’s gone.”

The president described what he called a “dangerous and daring” nighttime operation by US Special Operations forces in northwest Syria, involving a series of firefights and culminating in what he said was a retreat by Baghdadi into a tunnel. There Baghdadi, who Trump said was “whimpering and crying and screaming,” detonated an explosive vest, killing himself and three young children he brought with him.

The high-risk operation brings a dramatic end to a years-long hunt for the man who spearheadedthe Islamic State’s transformationfrom an underground insurgent band to a powerful quasi-state that straddled two countries and spawned copycat movements across continents.

Trump said Baghdadi, a former university professor who was once held in a US-run prison in Iraq , had been tracked over the last two weeks to a compound in Syria’s Idlib province which was laid with tunnels. He said the operation involved eight helicopters. He said no U.S. personnel were killed in the operation but that militants were killed.

The raid comes as the United States scrambles to adjust its posture in Syria in the wake of Trump’s decision to curtail the U.S. military mission. Trump said earlier this month he would pull out nearly all of the approximately 1, 000 troops in Syria amid a Turkish offensive againstSyrian Kurdish troopswho have been the Pentagon’s main battlefield partner there, butevolving plansnow call for a larger residual force that could mean a substantial ongoing campaign.

Trump during his remarks thanked a long list of nations, including Russia and Turkey, and groups including Syrian Kurdish forces who have been the main U.S.

A senior official from Iraq intelligence service, speaking on the condition of anonymity to discuss intelligence matters, said the arrests and interrogation of a number of people close to Baghdadi yielded up his location, which they then gave to the Americans. He confirmed the location raided Saturday was the one his service had discovered.

Meanwhile, the Kurdish-led Syrian Defense Forces – long time U.S. allies in the fight against the Islamic State – indicated that they too had provided intelligence for the operation.

“For five months there has been joint intel cooperation on the ground and accurate monitoring, until we achieved a joint operation to kill Abu Bakir al-Bagdadi, ”its commander, Gen. Mazloum Abdi tweeted.

His spokesman, Mustafa Bali, followed up in a tweet of his own explicitly stating its involvement.

“ Successful and effective operation by our forces is yet another proof of SDF’s anti-terror capability. We continue to work with our partners in the global @coalition in the fight against ISIS terrorism, ”he tweeted, referring to the Kurdish-led Syrian Democratic Forces.

Trump has recently been accused of abandoning the Kurds following a decision to pull back most of the US forces in northern Syria that had provided a deterrent against the Turks across the border.

A senior Turkish official said that “to the best of my knowledge” Baghdadi had arrived at the location where the raid occurred 48 hours before the US military operation. The official, who also spoke on the condition of anonymity to discuss intelligence matters, said Turkey’s military had been informed of the raid in advance but declined to say whether Ankara had shared intelligence that led to the operation, or whether Baghdadi was dead.

Iraq state-run Iraqiyah TV channel broadcast footage of what it called the aftermath of the attack, showing a rocky area marked by a crater and a pile of clothes on the ground, as well as a distant nighttime blast it said was the attack itself.

The Islamic State’s self-proclaimed caliphate, which at its largest stretched across much of Iraq and Syria, has been largely destroyed following years of assaults by US, Syrian, Iraqi, European and other forces. But officials believe that the organization remains a formidable threat determined to regain strength.

While Baghdadi, a native of the Iraqi city of Samarra believed to be in his mid – 40 s, remained a reclusive figure even to his followers, he urged militants in anaudio message issued last monthto conduct attacks against security forces and to attempt to break imprisoned brethren out of jail.

Pentagon officials have warned that the Islamic State could use the further upheaval in Syria asan opportunity to stage a comeback. Defense Secretary Mark T. Esper last week acknowledged that more than 100 fighters had escaped from Kurdish-run prisons.

According to Javed Ali, a former White House senior director for counterterrorism, the death of Baghdadi would be a “huge blow.” But, like the killing of al-Qaeda leader Osama bin Laden by US forces in 2011, it “will not lead to strategic defeat,” he said. Ali noted that ISIS has proved resilient despite the physical loss of its caliphate. “That’s something we learned in the aftermath of the bin Laden raid,” another high-risk mission.

The raid targeting Baghdadi took place outside of the area where the U.S. military, which began airstrikes on Islamic State positions in Syria in 2014 and established a ground mission the following year, has focused its campaign in recent years. But there have been occasional U.S. attacks on militant targets in Idlib, including an airstrike last month.

While Idlib, the only province held by the opposition to Syrian President Bashar al-Assad after eight years of war, is controlled by a patchwork of rebel groups, the dominant military power is Hayat Tahrir al-Sham, or HTS, which is loosely tied to al-Qaeda.

Liz Sly in Los Angeles, Souad Mekhennet in Germany, Sarah Dadouch in Beirut, Kareem Fahim in Istanbul, Mustafa Salim in Baghdad and Shane Harris and Ellen Nakashima in Washington contributed to this report . 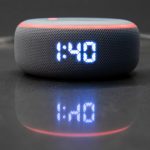 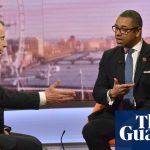