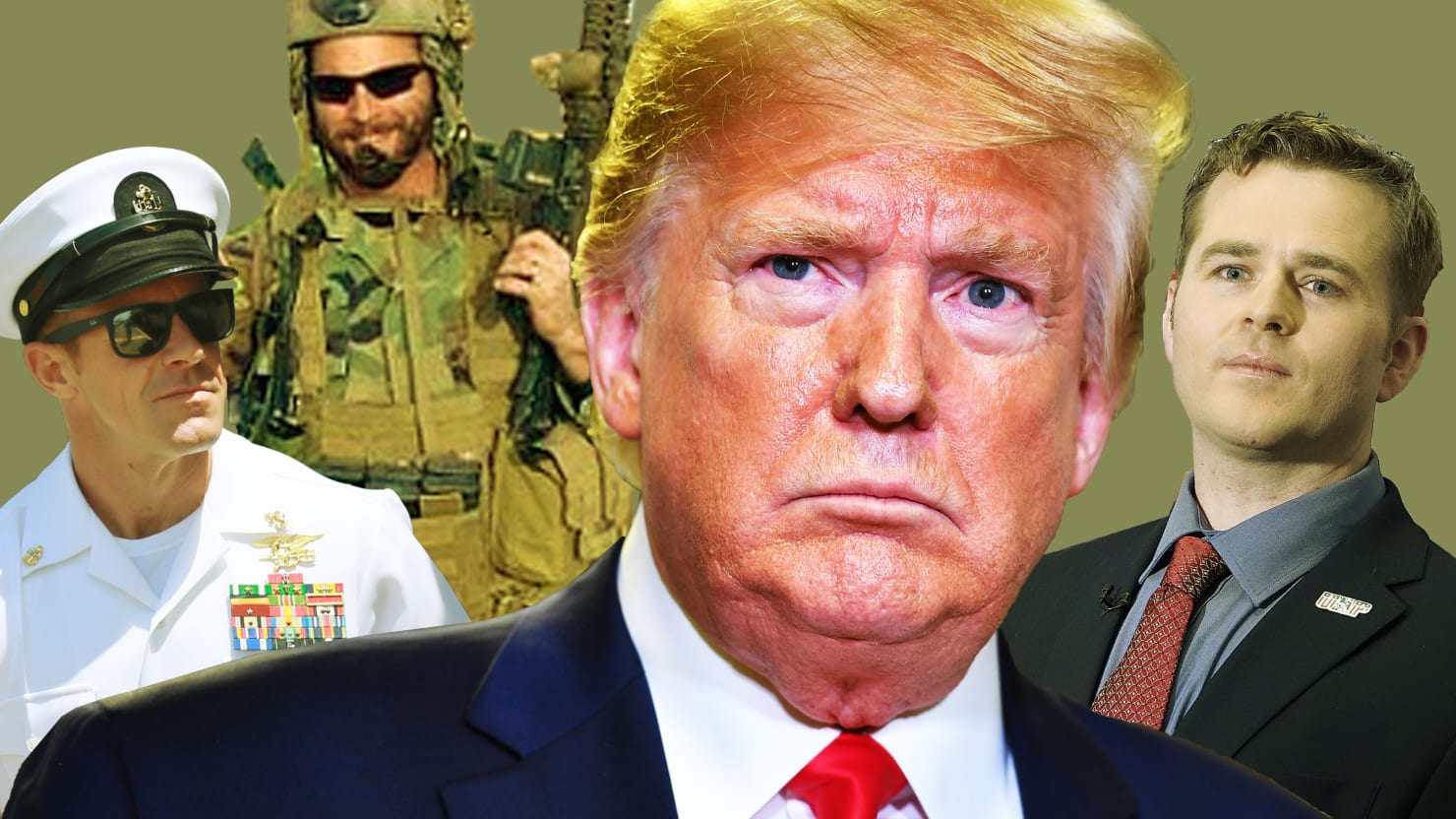 If Donald Trump gets his wish, he’ll soon take the three convicted or accused war criminals he spared from consequence on the road as special guests in his re-election campaign, according to two sources who have heard Trump discuss their potential roles for the 2020 effort.

Despitemilitaryandinternationalbacklash to Trump’s Nov. 15 clemency — fallout from which cost Navy Secretary Richard Spencer his job on Sunday — Trump believes he has rectified major injustices. Two people tell The Daily Beast they’ve heard Trump talk about how he’d like to have the now-cleared Clint Lorance, Matthew Golsteyn, or Edward Gallagher show up at his 2020 rallies, or even have a moment on stage at his renomination convention in Charlotte next year. Right-wing media have portrayed all three as martyrs brought down by “political correctness” within the military.

“He briefly discussed making it a big deal at the convention , ”Said one of these sources, who requested anonymity to talk about private conversations. “The president made a reference to the 2016 [convention] and where they brought on-stage heroes ”like former Navy SEALMarcus Luttrell, whorefused to execute detained civiliansahead of a devastating Taliban attack.

Former Army Lt. Lorance wassentencedto 19 years in prison in 2013 for murder after ordering his soldiers in 2010 to fire on three unarmed Afghan men riding a motorcycle, killing two of them. He walked out of military prison at Fort Leavenworth on Nov. 15. Next month, former Green Beret Maj. Golsteyn was supposed to stand trial forthe murder of an unarmed Afghan manwhom he told the CIA he killed in the belief the man was a Taliban bombmaker. Golsteyn, who allegedly burned the man’s corpse, pleaded not guilty to the murder; the Green Berets stripped Golsteyn of his Special Forces tab. Lorance and Golsteyn were bothcauses célèbresin certain military circles and among their right -wing supporters, as was Navy SEAL Chief Gallagher.

A military jury this summer acquitted Gallagher for the murder of a wounded teenage fighter for the so-called Islamic State. The case, which both featured Trump’s conspicuous intervention boosting Gallagher andserious prosecutorial misconduct,began, like Lorance’s , with Gallagher’s own platoon mates reporting his conduct. Against Gallagher’s denial, two SEALs testified seeing the senior SEAL chief stab the wounded teenager in the neck. Gallagher, along with lower-ranking SEALs, took a photo with the corpse and texted it with the caption “good story behind this, got him with my hunting knife.” But another SEALreversed his testimonyto say that he, not Gallagher, killed the wounded teenager by closing off an inserted breathing tube. Gallagher’s only conviction was for taking the photo and he was released for time served. Trump pardoned Lorance and Golsteyn and reversed Gallagher’s demotion in rank.

Opposition to the clemency was reportedly ardent in the senior ranks of the Pentagon and the uniformed military. The Navy opted to proceed with an internal review over stripping Gallagher of his Trident pin, which symbolizes his place in the elite commando ranks. Trump, via tweet, insisted that the Trident board not happen, andpublicly clashed with Spencer, his Navy secretary, who took the position that the board ought to proceed despite Trump’s tweets.

Yet late on Sunday afternoon, Defense Secretary Mark Esper announced that Spencer had made a secret entreaty to Trump that would have rendered the board for show and ensured Gallagher retired at full SEAL rank and pension. Esper’s account was in such stark opposition to Spencer’s positions in the case that several in military circles, while acknowledging the murkiness around the entire episode, consider it to be untrue. A Navy Reserve officer who requested anonymity doubted that a true account would emerge from the administration, but said “the current messy narrative is not credible.”

Esper, in a statement, said he was “deeply troubled” by Spencer allegedly routing around the defense secretary to take a position the Pentagon conceded was “contrary to Spencer’s public position.” That line holds Spencer was fired despite secretly agreeing with Trump on Gallagher’s disposition. And Esper also confirmed he will do the exact thing that Trump and, allegedly, Spencer, sought: permitting Gallagher to retire as a Navy chief, and a SEAL. Esper, astonishingly, told reporters Monday that Trump had ordered the defense secretaryto ensure Gallagher keeps his Trident, rendering moot the Navy’s Trident board proceeding.

In irreconcilable contrast to that account, Spencer said in a scorching resignation letter that Trump had jeopardized the rule of law within the military and he could not “in good conscience” carry out Trump’s order to the Navy on Gallagher.

“The Constitution, and the Uniform Code of Military Justice, are the shields that set us apart, and the beacons that protect us all,” Spencer wrote. “Unfortunately it has become apparent in this respect that I no longer share the same understanding with the Commander in Chief who appointed me, in regards to the key principle of good order and discipline.”

Robert Work, a former deputy defense secretary in the Obama and Trump administrations with deep ties to the Navy, said that while he had no first-hand knowledge of the debacle, he believed Spencer.

“I take Spencer’s resignation letter as the truth,” Work told The Daily Beast. “It’s one of those things where we’ll never know the real truth.” He continued: “I think Spencer just felt he had to do this. It’s extremely unfortunate. ”

Eugene Fidell of Yale Law School, one of the foremost experts in U.S. military justice, cautioned that what exactly occurred remains unclear. But Fidell said it had already done enormous damage to the Navy’s fidelity to the law.

“Esper has committed the very offense he has accused Spencer of having committed, though in Esper’s telling, it happened behind [Esper’s] back,” Fidell said. “If Spencer did this, Spencer is in the wrong. Esper doing this makes Esper in the wrong. Either way, it’s a body blow to the rule of law in the Department of the Navy. ”

Esper received a political boost from the chairman of the Senate Armed Services Committee, James Inhofe (R-OK), who had clashed with Spencer on other issues. “Both Secretary Esper and President Trump deserve to have a leadership team who has their trust and confidence,” Inhofe said in a statement.

But in the Democratic-controlled House, the vice chairman of the Armed Services Committee, Maryland Democrat Anthony Brown, an Iraq veteran, came to Spencer’s defense. “It is a dark day when the president stands with those accused of committing war crimes over a man like Secretary Spencer,” Brown said in a statement.

Neither the White House nor Trump campaign spokespeople responded to requests for comment as of press time.

While the war crimes pardons were not Trump’s first — in May, he granted clemency to convicted murdererMichael Behenna, an Army lieutenant who in 2008 killed an unarmed, naked Iraqi man during an unauthorized interrogation — Trump had fought the Pentagon for more than half a year for the pardons. Promoting them was Pete Hegseth, an Iraq War veteran and aFox & Friendsco-host who hadaggressively and personally lobbied Trumpsince at least March to

In fact, Lorance, just days after receiving his pardon, appeared on Hegseth’s Fox News show and effusively lauded Trump, saying, “I love you, sir, ”and telling the president,“ you are awesome! ”Days before Spencer’s firing, Lorance also said on the Fox program that President Trump needed a“ better team around ”him, as well as“ more people watching your back. ”Gallagher, in a statement tweeted by Hegseth, called Trump“a true leader and exactly what the military needs. ”

Gallagher’s attorney Tim Parlatore told The Daily Beast on Monday afternoon that shortly after President Trump called his client to inform him that the rank reinstatement was coming, Gallagher held a conference call with members of his family and Parlatore, to inform them of the news. The lawyer said he then joked on the phone call, “There’s no quid pro quo? He didn’t ask you to investigate the Bidens? ”

Gallagher then laughed and replied,“ No, he just gave it to me! ”Parlatore recalled, adding that since that phone call, “no quid pro quo” —aclear reference to theimpeachment inquiry bedeviling the Trump presidency — has become a “little inside joke” between Gallagher and Parlatore.

Yet even Trump allies believe that absolving convicted or accused war criminals of their actions’ consequences has done substantial damage to the military.

“I think more often than not when something like this happens in the administration , a lot of people hyperbolically state that ‘this is undermining our institutions’ or destroying our democracy, ”said one ally of the Trump administration who works on military issues. “Most of the time it is over-the-top nonsense, but not in this case. This whole thing is a mess and it will undermine good order and discipline in the SEAL community when it is badly needed after a string of incidents involving severe misconduct. ”

This person added, “Pete Hegseth, as a field-grade Army officer, should know what he is doing is wrong, but either doesn’t understand the negative repercussions this will have for officers and senior [non-commissioned officers] trying to maintain good order and discipline in their units, or doesn’t care. It’s shameful and this is truly a black mark on the Trump administration’s national security record. ”

Editor’s note: This story has been updated to correct the nature of the photo of Gallagher and the corpse. 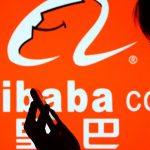 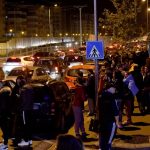