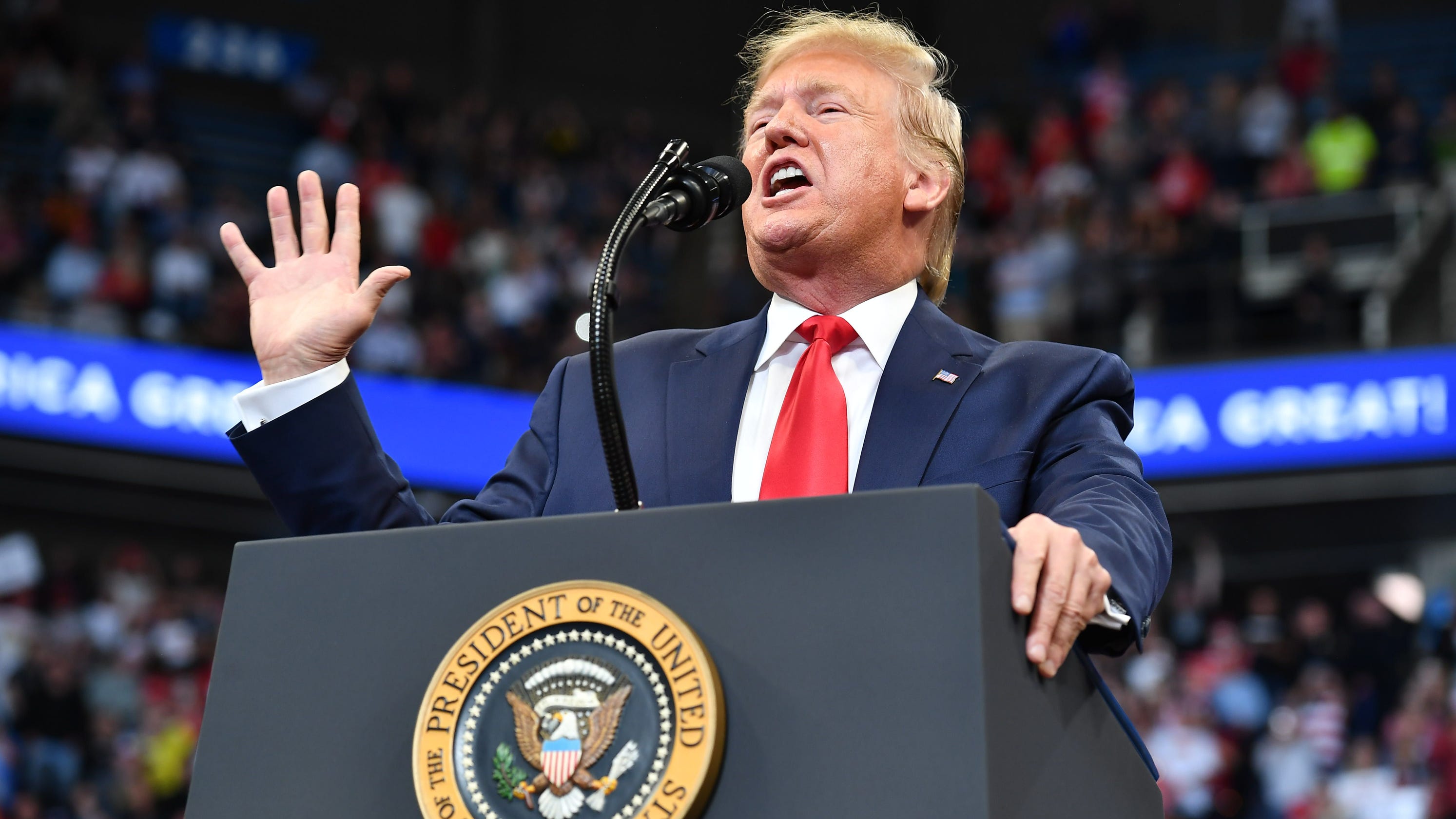 President Donald Trump traveled to Kentucky Monday night to rally support for Republican Kentucky Gov. Matt Bevin, who is trying to win a second term in office on Tuesday. Democrats and the impeachment inquiry occupied some of Trump’s speech. (Nov. 5)     AP, AP

WASHINGTON – President Donald Trump loses in a hypothetical matchup with all of the leading candidates for the 2020 Democratic presidential nomination, according to the results of aWashington Post-ABC News pollreleased Tuesday.

Each of those Democratic candidates also performed well against Trump in a Sept. 5 Post-ABC poll, but all of them expanded those leads in this week’s survey.

But experts said a national poll more than a year away from the general election is not necessarily the best predictor of Trump’s re-election chances.

Morgan State University journalism professor Jason Johnson said onMSNBC’s “Morning Joe”that the poll was an outlier relative to other surveys that have looked at head-to-head matchups and that “the real numbers that are the best indicators of what will happen in 2020 “don’t start coming out until after the holiday season.

“The top four or five candidates probably do lead Trump, and they probably do lead the president in a lot of swing states,” Johnson said. “But I don’t think anyone in our current political environment is going to beat the incumbent president by 10, 12 points. “

MSNBC analyst John Heilemann said there “literally is almost nothing more meaningless right now than head-to-head polls that are national, more than a year out from the election. “

” It’s a terrible mistake for Democrats to look at these national numbers and get overconfident, “he said, pointing to how competitive the race is in the battleground states that will determine who wins in the Electoral College.

A recent poll fromThe New York Times and Siena Collegefound Trump narrowly leading Warren and Sanders among likely voters in most of the tossup states that will be critical to the election outcome. Out of the six states in the poll, Trump only led Biden in North Carolina, but he was within the margin of error in Michigan, Pennsylvania, Wisconsin, Florida and Arizona.

More:Biden leads Trump in key battleground states but Warren does not, poll finds

The Post-ABC poll found most Americans shared negative opinions of Trump in a number of areas. Sixty-three percent said they did not think the president was “honest and trustworthy,” 62% said he lacked presidential temperament, 60% said he did not understand their problems, 55% said he was not good at making political deals and 54% said he was not a strong leader.

Fifty-four percent said the U.S. was less respected around the world as a result of the Trump administration’s policies. Half of Americans thought Trump was using the office of the presidency to boost profits at his hotels and golf courses and 46% thought that was unacceptable.

Forty-nine percent favored impeaching Trump and removing him from office, while 47% were opposed. In contrast, Post-ABC polls found support for then-President Bill Clinton’s impeachment at between 27% and (% in) .

Trump is accused of using the power of the presidency to pressure Ukraine into investigating Biden and of using his personal attorney Rudy Giuliani to help apply that pressure. Sixty percent of respondents thought it was inappropriate for Trump to involve Giuliani in U.S. foreign policy and 55% said Trump had done something wrong – though 8% did not think it was a serious matter.

Slightly more than two-thirds of Republican-leaning voters wanted to see Trump as their party’s nominee in 2020, while 30% said they would prefer someone else.

The 2020 candidates:Who is running for president? An interactive guide

Biden led the Democratic field with 27, followed by Warren at 21%, Sanders at 19% and Buttigieg at 7%. Harris was tied at 2% with Sen. Cory Booker of New Jersey, former Housing and Urban Development Secretary Julián Castro, Rep. Tulsi Gabbard of Hawaii and entrepreneur Andrew Yang.

When asked who had the best chance of beating Trump in November, 42% of Democratically leaning voters said Biden, while 17% said Warren and 16% said Sanders.

Poll:Iowa caucuses are ‘up for grabs’ as Pete Buttigieg surges into top tier 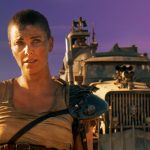