Trump’s bizarre, threatening letter to Erdoğan: ‘Don’t be a fool’ – The Guardian, Theguardian.com

Donald Trump warned his counterpart Recep Tayyip Erdoğan “don’t be a fool” and said history risked branding him a “devil” in an extraordinary letter sent the day Turkeylaunched its incursioninto north-eastern Syria.

The letter, first obtained by a Fox Business reporter, was shorn of diplomatic niceties and began with an outright threat.

“Let’s work out a good deal!” Trump wrote in the letter dated 9 October, whose authenticity was confirmed to various news outlets by the White House.

Days after appearing to greenlight an invasion by pulling US troops from the Kurdish-dominated region, Trump told the Turkish president he would wreck Ankara’s economy if the invasion went too far.

The bizarre letter was met with incredulity, with many at first questioning its legitimacy and some calling it a “joke” and an “embarrassment”. 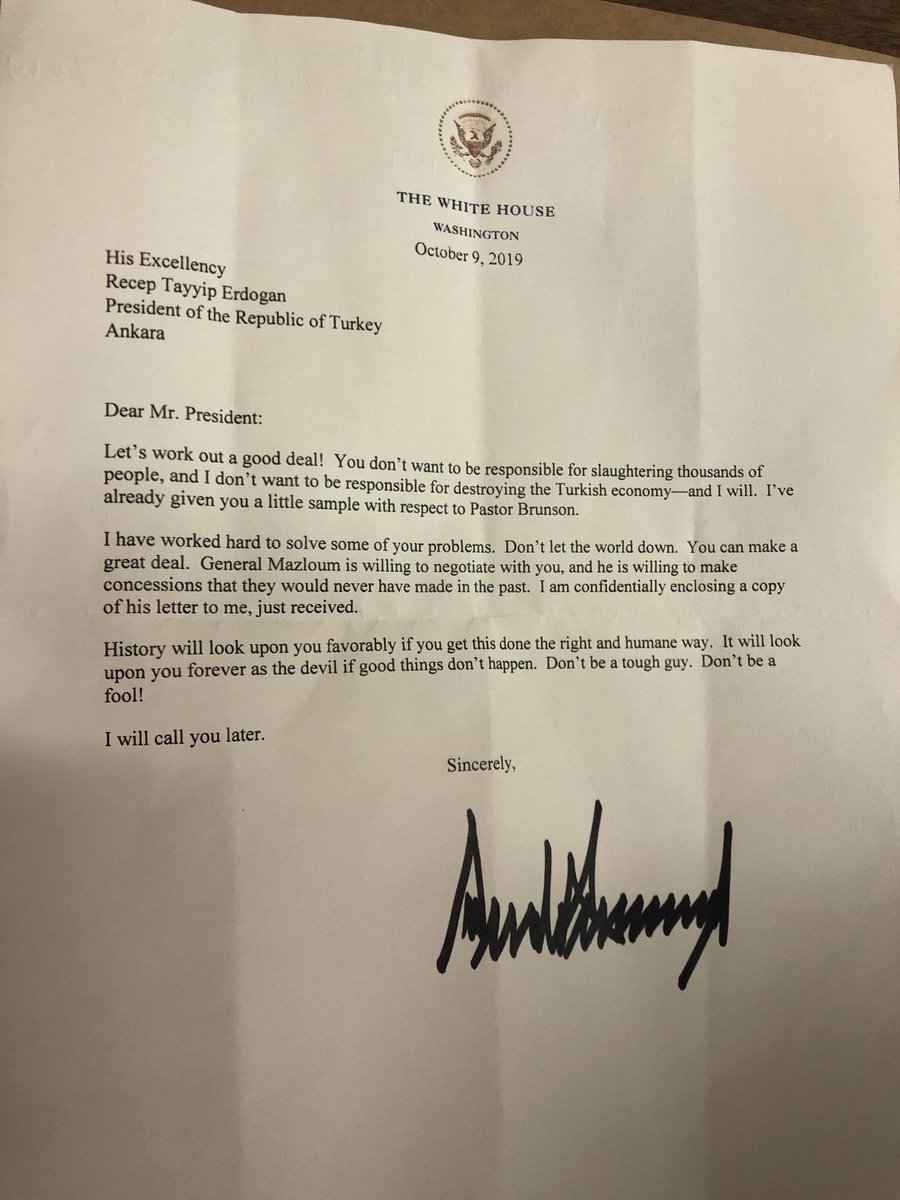 “I actually thought it was a prank, a joke, that it couldn’t possibly come from the Oval Office,” the Democratic congressman Mike Quigleysaid to CNN. “It sounds all the world like the president of the United States, in some sort of momentary lapse, just dictated angrily whatever was on the top of his head.”

Quigley, a member of the House intelligence committee, continued: “For him to write this and to also say that it doesn’t affect us is ignorance at the highest level.”

The release of the letter came on the heels of an overwhelming Housevote to condemnTrump’s troop withdrawal from Syria.

“Today in the House, we voted 354 – 60 to condemn Trump’s actions with regard to Syria, ”the Democratic congressman Mike Levinsaid on Twitter. “Also, this letter is an embarrassment to the office.”

It also came out on the day ofa heated White House meetingthat ended with Trump allegedly calling the House speaker, Nancy Pelosi, a “third-rate politician” and Pelosi saying: “I pray for the president all the time… I think now we have to pray for his health – this was a very serious meltdown on the part of the president.”

Trump reportedly handed out copies of the letter at the meeting.

Senators were passing around a printed copy of Trump’s Erdogan letter on the Senate floor, per source who witnessed the scene.

The letter was quickly parodied. 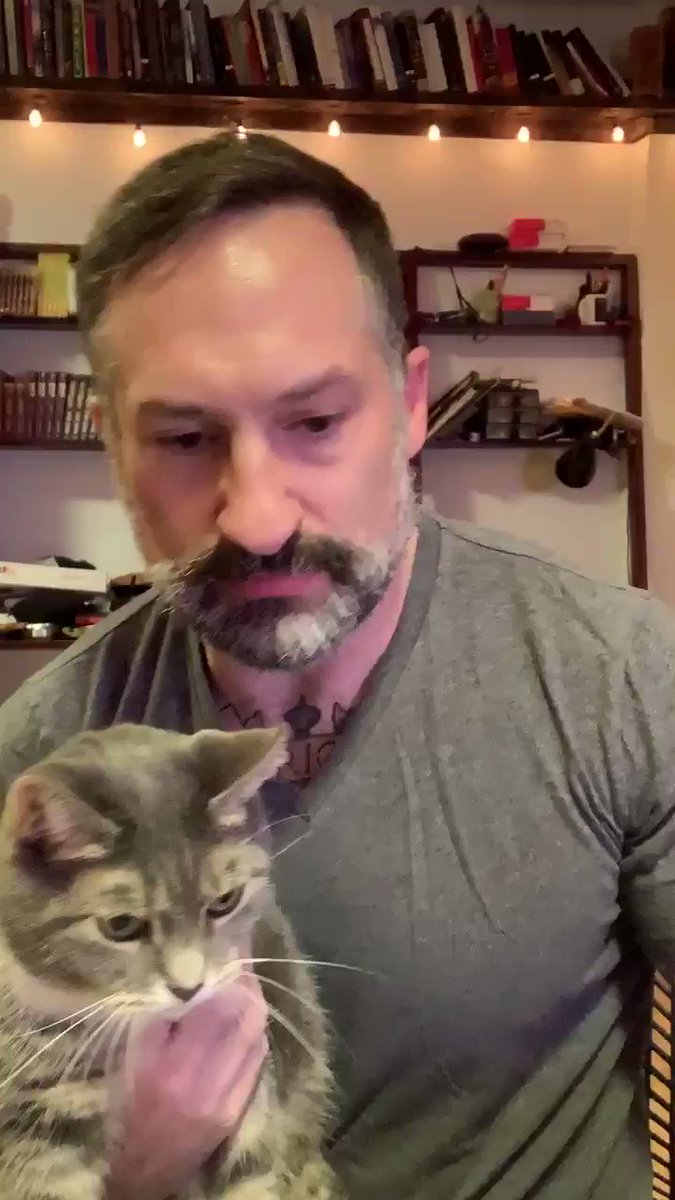 I staged a dramatic reading of Trump’s letter to Erdogan.

The part of Erdogan is played by my cat – Ow, Fuck.pic.twitter.com/cbTvskZFWu 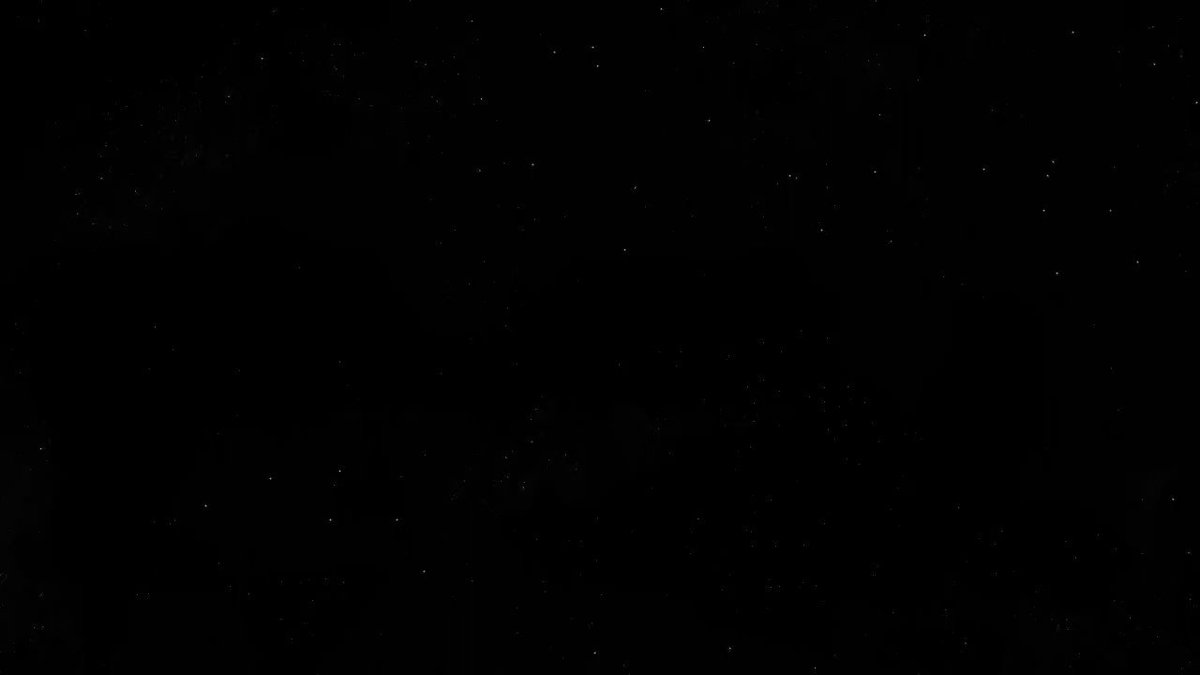 On Wednesday, Trump alsohailed his own decisionto withdraw US troops from Syria as strategically brilliant and declared the Kurds were “much safer now”, contradicting the official assessment of both the state and defense departments that the Turkish offensive was a disaster for regional stability and the fight against Isis.

Former officials said the most significant point about the letter was Trump’s readiness to share a supposedly confidential letter from the Syrian Democratic Forces (SDF) leader, Mazloum Kobani, with Erdoğan, whose forces were launching an attack on the SDF.

“General Mazloum is willing to negotiate with you, and he is willing to make concessions that they would never have made in the past. I am confidentially enclosing a copy of his letter to me, just received, ”Trump wrote.

“ These words on White House stationary should embarrass all Americans, but Trump’s’ confidential ‘enclosure of the SDF commander’s letter will give our allies even less reason to trust America, ”said Ned Price, a former CIA officer and National Security Council spokesman. “How much Nato correspondence has been forwarded to Putin?”