TSB has been hit by another IT failure that has meant wages and other payments have not been made into some of its customers’ accounts.

The bank says those affected will not be left out of pocket, and customers can get emergency cash in branches or over the phone.

But customers have complained about long call wait times.

It comes just days afterTSB was criticized over IT failuresthat hit 1.9 million customers in April 2018.

An independent report into the incident said the bank’s board lacked “common sense “as it prepared to switch customers on to a new IT system, which the investigation said had not been tested properly before going live.

‘A bit of a meltdown’

It is unclear how many customers are affected by the latest problem and when it will be fixed.

TSB has said customers can “still use their cards to make payments or withdraw cash”.

A number of customers have contacted the BBC suggesting the issue goes beyond processing of payments.

Bob Skinley said: “It’s not just issues with overnight payments, I’ve been trying all morning to get into my internet banking account and can ‘t so looks like they’re having a bit of a meltdown yet again.

“The internet banking site is dead slow and when you try to log in you either get a message saying your details are incorrect or it just sits there and freezes. Sounding horribly like the last fiasco. “

Leigh McGuigan tweeted that she has not received her pay.

Mollie Romain from Preston said: “I am working nights and checked my account at 3am to see no pay. Checked again at 8am and still no pay.

“I have been with TSB for nearly four years now and I have had problem after problem.”

Yanique Sharifa told the BBC: “I started to notice an issue from yesterday morning. I made a wire transaction that was not showing as it usually does right away. Then I get paid every Friday without fail, I’ve called and checked if payment was issued. That was confirmed but still I see no money in my bank.

” I been on the phone trying to get through to TSB for over an hour and no answer. “

Earlier this week, nobody at the bank came out with any credit from the independent report by law firm Slaughter and May into last year meltdown.

Its new chief executive Debbie Crosbie is putting the finishing touches to TSB’s new strategy, expected to be announced on Monday.

The last thing she wants is an ongoing IT problem that reminds people of a difficult recent past when she hopes to talk about the bank’s future.

IT glitches are expected in most banks. Regulators call for them to be overcome quickly and without major disruption to customers. The pressure to do that today will be intense from inside and outside the bank. 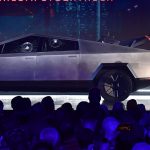