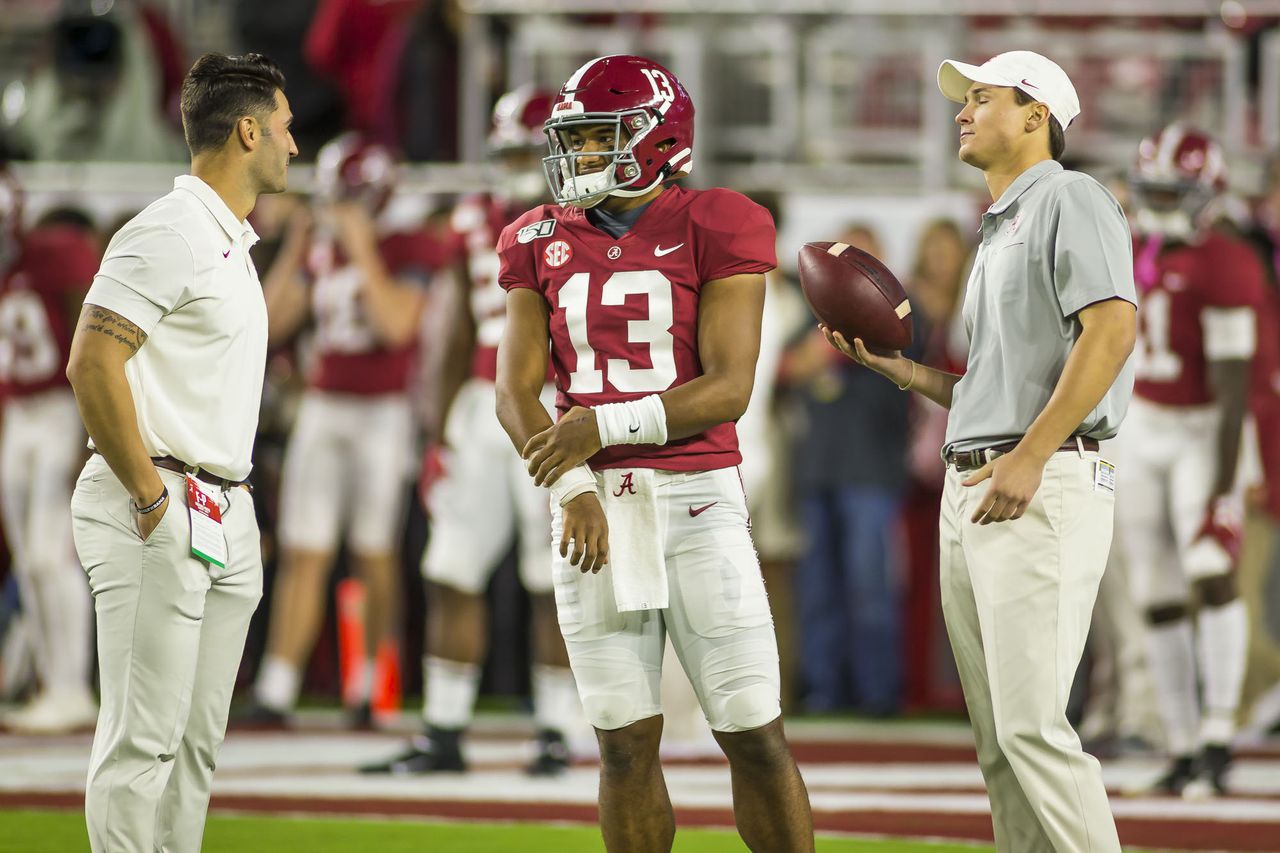 You should be nervous, Alabama fans. Everything you saw Saturday night after Tua Tagovailoa left the game with an injury should give you nightmares. Alabama goes as Tagovailoa does, and the Crimson Tide offense sputtered and struggled without him in the second half in a 35 – 13 win over Tennessee.

That final score looks fairly impressive but doesn’t do the game justice. If Brian Maurer didn’t have to leave the game with an injury and Tennessee had a quarterback more capable than Jarrett Guarantano, the Volunteers could have won Saturday night. And that has to be very concerning to everyone with a vested interest in Alabama’s success.

Nick Sabansaid after the gameTagovailoa has a high-ankle sprain but should only miss a week or two. If Saban is right, that means Alabama’s Heisman Trophy candidate will only miss one game, Arkansas, before the highly anticipated Nov. 9 game against LSU that could decide the SEC West. Every Alabama fan should be hoping a second MRI proves Saban right because that feels like the best-case scenario at this point.

Alabama could start anyone against the hapless Razorbacks and win, but LSU is a different story. The Crimson Tide needs Tagovailoa against the Tigers. That should have always been obvious but backup quarterback Mac Jones ’performance against the Volunteers solidified that. Alabama doesn’t have a super backup to come in and save Alabama’s season the way one did each of the last two seasons with Tagovailoa and Jalen Hurts. Jones is mortal – he looked nervous and played erratically in the most stressful playing time of his Alabama career. At best, Jones feels like an Alabama game manager type of yesteryear, not the quarterback who can go toe-to-toe with LSU quarterback Joe Burrow in what figures to be an offensive shootout. If Jones has to be the starter for more than the Arkansas game, Tide fans should hit the panic button.

Tagovailoa says he’ll be back for LSU, according to teammate Terrell Lewis, and at a minimum, that is good news. But assuming he plays, the big question then becomes how healthy he’ll actually be for that game. Tagovailoa suffered a high-ankle sprain in last year SEC Championship and played in the Orange Bowl 28 days later but never looked 100 percent after the injury. Is a 70 percent healthy Tagovailoa good enough to beat LSU? It’s better than any other option Alabama has but makes what already should be a rock fight that much harder to win. The margin of error is smaller for this season’s Alabama team, and if anything, Saturday reminded everyone why Tagovailoa is such a viable Heisman candidate in the way his play hides other deficiencies.

Until Nov. 9, all Alabama fans can do is hope and wait. Hope that the MRI confirms the initial diagnosis. Hope that Tagovailoa will be ready to go against the Tigers. Hope that he heals even faster than he did last year.

But mostly it’ll be a lot of waiting. Even if everyone says all the right things for the next three weeks leading up to that game, no one will truly know what to expect until Tagovailoa retakes the field.

And, as the great Tom Petty used to sing, the waiting is the hardest part. 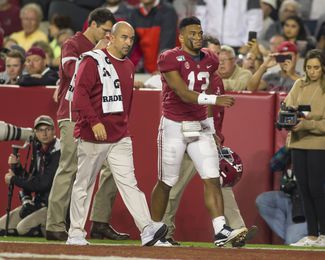 Pruitt needs to be better

Tennessee head coach Jeremy Pruitt is a decent guy, according to plenty of people in the coaching community whose opinions I trust. Before leaving for Tennessee, he did a good job as Alabama’s defensive coordinator and still has admirers in the building.

But the way he showed up and grabbed Jarrett Guarantano’s helmet after the Tennessee quarterback fumbled the ball away was totally unacceptable. Pruitt should be embarrassed that he couldn’t convey his disappointment in the play result more appropriately and reasonably. I get that Pruittwas “pissed ”that Guarantano checked out of the play call and it backfired, but that’s still no excuse for putting his hands on the player’s helmet and yanking it. Even if it looked relatively gentle, that’s a clear no-no and Pruitt should know better.

Pruitt looked fired up all night on the sidelines, upset with penalty calls and missed opportunities, all building up to that moment he exploded on Guarantano. It has to be tough to know you have a shot at beating the No. 1 team in the country but can’t stop blowing good opportunities. But that doesn’t excuse that Pruitt’s actions were wrong, and he should acknowledge as much. There will undoubtedly be people who defend the behavior as that’s what happens in football, but we aren’t living in the 1960 s anymore, and it’s reasonable to expect better conduct from the face of a football program who makes more than $ 3 million annually.

Mason and Smith notched two of the biggest wins of the weekend Saturday and may have saved their jobs in the process. Smith’s Illinois team entered Saturday as a 30 .5-point underdog to No. 6 Wisconsin but led a spirited performance to knock off the Badgers. Smith’s Illini have shown serious fight the last two weeks, and it could be enough to buy him another season if they can keep it up.

The Commodores secured a top 25 upset win over Missouri in which Mason delivered afired up postgame interviewthat seemed to acknowledge he knows he’s on the hot seat. Mason said: “I told my team this, and I want everyone to understand this: a lot of people want this job, so they think, but I am the man who is built for this job.” Whether Mason is built for the job long-term remains to be seen, especially with a new athletic director at the helm, but wins like the one over Missouri certainly help his case.

The pressing question heading into Auburn’s trip to Arkansas was not whether it’d win – that was assumed – but how the running game would look without Boobee Whitlow. Even with the running game struggling against Florida, Whitlow represented a massive cog in the offense and there was no one on paper that represented a perfect replacement.

Saturday seemed to bear that out as Gus Malzahn went with a running back by committee approach to crush the Razorbacks, 51 – 10. Senior Kam Martin led the way with 10 carries for 84 yards while true freshman DJ Williams had a team-high 11 carries for 48 yards. Harold Joiner added 59 yards and a touchdown and Shaun Shivers had a touchdown, too, on four carries. Williams got the majority of his work in the second half where his downhill running style had moments of effectiveness against a tiring Arkansas defense. Martin had a 52 – yard run that was close to being a touchdown before he was run down.

Auburn totaled 298 rushing yards, the second-best output of the season, but the real test will come next week in Baton Rouge against LSU. The Tigers ’front-seven isn’t as good as it has been in recent years but it’s still considerably more stout than Arkansas. The running game will have to be effective for Auburn to keep up with Burrow and the rest of LSU’s new high-powered offense. How Malzahn chooses to divvy up the carries will be crucial though Saturday at least provided a blueprint onhow Auburn can win on the ground without Whitlow.

The dream of making it to the College Football Playoff has once again died in Ann Arbor. Michigan started the season at No. 7 in the country with legitimate playoff aspirations but the Wolverines couldn’t even make it to November as a real contender. Jim Harbaugh has a well-established history of losing big games at this point – 1 – 10 against top 10 opponents while at Michigan – and the loyal faithful have to be wavering as to whether he’s still the right guy to lead the program back to glory.

A lot still needs to happen but Oregon has a path to making the College Football Playoff. And when you are the only Pac – 12 team that can say that, it’s worth celebrating. Mario Cristobal needed to win a tight game over a quality opponent given past struggles and did so on the road against No. 25 Washington. There are still potential land mines ahead – at USC and at Arizona State aren’t sure thing wins – but as long as the Ducks keep taking care of business, they’ll have a shot to sneak in late if teams above them keep knocking each other out.

Meme it of the Week:

Thankfully, no one was hurt when Oklahoma’s Sooner Schooner toppled over Saturday. That lets us feel better about loving this great mashup of the crash and “Gladiator.”

Wilder is Old Dominion football but a38 – 14 loss to UABwas yet another sign that it’s increasingly unlikely that the long-time coach can get the Monarchs back on track S 10 – 21 in the last two-and-a-half seasons and major offseason changes including a new defensive coordinator haven’t gotten the job done. There are winnable games still on the schedule – UTSA, Charlotte and Middle Tennessee State are a combined 7 – 14 this season – and Wilder needs to start notching a few to build a case to remain as coach past this season.

Continuing to employ Chad Morris past this season is the definition of throwing good money at bad. Yes, it would require a reported $ 10 million buyout to make Morris go away but the apathy and atrophy around the program could easily result in bigger financial losses if a move isn’t made. That hilariously ineptfake punt attempt against Auburncould warrant termination in itself. Morris might not get dumped after this season but he should.

A home game against LSU after all of the rumors and innuendo of the last week served as the perfect step up or fold game for Joe Moorhead and his Mississippi State Bulldogs. Moorhead had a chance to quiet the critics but failed badly in a 36 – 13 loss that again showcased an anemic offense that doesn’t look like it’ll get better anytime soon. It still feels unlikely that MSU would dump Moorhead after only two seasons but theRutgers noise isn’t going awayand if the season keeps trending this way, the Pennsylvania native might decide to leave willingly before he’s asked to go. 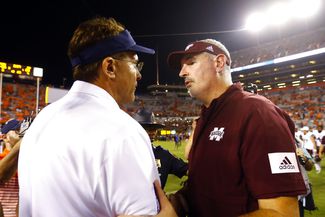 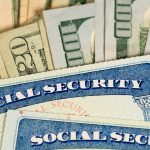 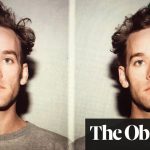