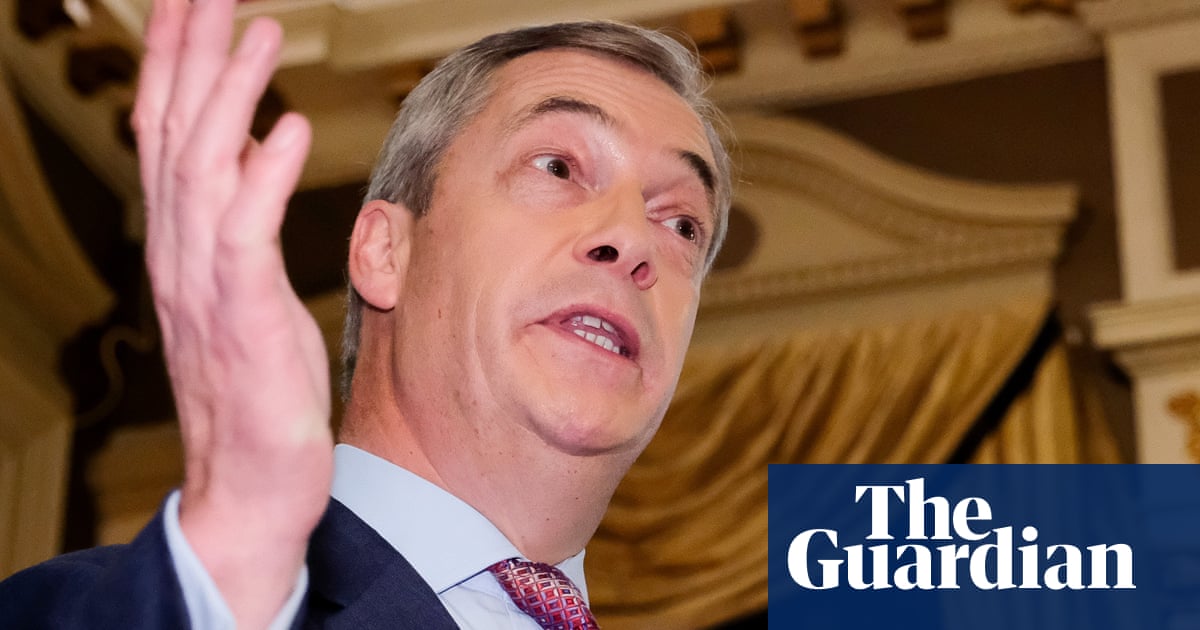 Good morning and welcome to today’s briefing. Nigel Farage has inserted himself front and center into the news cycle with a promise that his Brexit party will not contest Conservative-held seats. You can follow all the day’s developments atour politics live blog– but first let’s dive into this morning’s headlines.

TheBrexit party leader’s dramatic U-turnhas given incumbent Conservatives clear air, but senior Conservatives are piling pressure on him to go further and stand down his candidates in Labor-held seats being targeted by Tories. Nigel Farage has conceded the Brexit party’s continued presence in those contests could lead to a hung parliament and a second referendum – the stopping of which was the “the single most important thing in our country”. He emailed supporters on Monday night pledging to “contest every seat held by Corbyn’s remainer Labor party” which he said had “openly betrayed” Labor leave voters.

Farage’s reversal has prompted claims from Labor , the Lib Dems and the SNP that he has secretly struck a pact in favor of a hard Brexit – something both the Brexit party and Tories denied. He is due toannounce on Fridaywhich seats the party is contesting.

Labor will focus on education today, pledging thatevery adult will be entitled to six years of free studyin a radical expansion of lifelong learning. The shadow education secretary, Angela Rayner, will announce the party would “throw open the doors” to adult learners if it wins government, including any adult without A-level or equivalent qualifications being able to study for them for free at college, and grants for low-income earners. Fiona Millar writes that Laborshould be sweeping the floor with the Torieswho have “brought schools to their knees ”But even last week they were asking for education policy ideas.

Week one of this campaign is barely done andracism has reared its ugly head, with one Lib Dem candidate resigning and a Tory refusing to do so. Kevin McNamara, who holds the marginal seat of Thurrock in Essex, has stepped down after a series of racist and homophobic tweets emerged. He has apologized and the party has opened an investigation. But the Tory candidate for South Cambridgeshire and former Johnson aide, Anthony Browne, hasrefused to stand asideover comments that blamed immigrants for bringing germs and HIV to the UK and accused Muslims of having divided loyalties.

Boris Johnsonwill chair a meeting of the Cobra emergency committeein response to the floods in the north.

Best of the rest

>Evo Morales, the former Bolivian president, has left the country for Mexico where he has been granted asylum after his disputed re-election led to national turmoil. Morales vowed he wouldsoon “return with more strength and energy ”to Bolivia. His exit has created further uncertainty and stoked fears about a power vacuum.

>Hospital admissions for children with pneumonia have risen by more than 50% in England in a decade, figures suggest, with the situation worst in deprived areas. Unicef ​​and Save the Children say it equates to six children being taken to hospital every hour. A health expert said parents shouldhave their children immunisedwith the pneumococcal and influenza vaccines to reduce their risk of getting sick.

>An antique turban-style hat made from theworld’s most exclusive textile – sea silk –is to be auctioned this week in New York. Its threads come from a giant Mediterranean mollusc,Pinna nobilis,whichroots itself to the seafloor with hundreds of fibers, known as byssus.

Once extracted, cleaned and spun, the threads are a rich chestnut color. It was once highly prized – Horatio Nelson wrote of his intention to send his lover, Emma Hamilton, a pair of gloves made from byssus – but fell out of favor among the synthetic fabrics of the (th century.)

Today in Focus podcast: Is the NHS up for sale at the election?

The NHS is one of the major battleground issues of the general election as parties debate the future of healthcare in the UK. Sarah Boseley and Denis Campbell discuss theextent of private company involvement in the NHS. Plus: Dan Collyns on the downfall of Evo Morales in Bolivia.

In 2010, a letter in the scientific journal Nature warned that a coming decade of dazzling technological progress risked being unraveled by mounting global political instability. This turmoil, the writer predicted, was due to peak in the US and western Europe around 2020. Human societies go through predictable periods of growth, during which the population increases and prosperity rises. Then come equally predictable periods of decline. These “secular cycles” last two or three centuries and culminate in widespread unrest – from worker uprisings to revolution.

The writer was biologist Peter Turchin, who warned that in recent decades a number of worrying social indicators – such as wealth inequality and public debt – had started to climb in western nations, indicating societies were approaching a period of upheaval. Turchin had previously used sophisticated maths to show how the interactions of predators and prey produce oscillations in animal populations in the wild. After answering all the ecological questions that interested him, he found himself drawn to history: could the rise and fall of human societies be captured by his variables and equations? Could calculating the patterns and cycles of the past lead us to an objective version of history – andhelp us prevent a looming crisis?

Raheem Sterling has beendropped for England’s Euro 2020 qualifier against Montenegroon Thursday after a bust-up with Joe Gomez at St George’s Park. Gareth Southgate has warned his young sidethey must “raise the bar” set by previous generationsof England teams if they are to end the long wait for success on the international stage. Alex Zverev, the reigning ATP Finals champion,beat the world No 1 Rafael Nadalin straight sets after Stefanos Tsitsipas had defeated Daniil Medvedev at the O2 Arena.

England’s new head coach, Chris Silverwood, wants his batsmen toconcentrate on building an inningsin his first Test series against New Zealand. Cardiff City are looking for a manager after Neil Warnockleft his position by mutual consent. Shane Sutton’s eagerly awaited testimony at the Dr Richard Freeman medical tribunal was delayed byhours of legal argument behind closed doorson Monday. And the independent disciplinary panel that considered Danny Brock’s use of a modified whip on a horse has decided it wasa “case of mistake rather than deliberate conduct”.

Boeing thinks its 737 Max jetscould be flying again by Januaryafter it completed the first of several crucial tests on its autopilot software. The planes were grounded in March after crashes in Indonesia and Ethiopia left 346 people dead. The owner of Boots the chemist is reportedly being eyed up forthe world’s biggest ever private equity buyout. According to Bloomberg, Walgreens Boots Alliance could be taken into private hands in a deal worth up to $ 70 bn. The pound held on topost-Farage pledge gainsovernight to sit at $ 1. 286 and € 1. 165 this morning. The FTSE 100 is on course to edge up slightly. ***** The Papers

TheTimessteps out of line today to give prime billing to something other than Nigel Farage pulling his Brexit party out of Tory-held seats. The biggest point size on its front is reserved for “HS2 will boost north despite soaring costs”. Farage still goes across the top – the headline theme adopted being similar to theGuardian’swhich says: “Farage urged to give Tories free run at Labor seats”. In the Guardian’s main picture, Farage stands next to a rusty cannon with its business end blanked off.

TheFTdeclares: “Farage hints at broader retreat as party ditches fight for Tory seats”. In theTelegraphit’s phrased as “Farage retreats from every Tory seat”. ATacticalretreat, the Brexit party leader would argue no doubt. TheExpresscalls it “Farage’s election gift for Boris”.

Then we get into the papers that run a picture of a pint-clutching Boris Johnson at varying stages of imbibement. “Cheers Nige…” says theSun, “now help us beat Labor by pulling out of EVERY seat”. TheMetrosays: “Cheers Nigel” and Johson’s got the glass almost touching his mouth. “Farage’s retreat” says thei,and at this click of the shutter those famed vocal cords have paused their resonations to let the ale sluice past. Finally theMirroralso has a non-Farage lead story: “Sold down the river”, about how flooded northern communities missed out on flood defense spending that was mostly spent in the south. 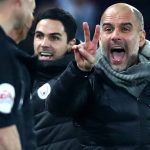