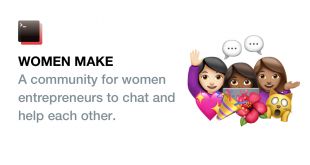 
Getting the job done –

“You know, for us, this is really just us doing our job.”

Two American astronauts made history on Friday when they performed a spacewalk outside of the International Space Station — it was the first all- woman extravehicular activity (EVA). Astronauts Christina Koch and Jessica Meir spent 7 hours and 17 minutes outside the station.

The pair, who are best friends, worked well together. Not only did they complete the primary task of replacing a failed power charging unit, which is already operating properly, but they also performed several extra tasks. While the astronauts recognized the achievement, they sought to play down the significance of the moment. “You know, for us, this is really just us doing our job,” Meir said during NASA’s broadcast of the spacewalk. “It’s something we’ve been training for for six years, and preparing for.”

That seemed to be the attitude of most NASA people following the event — that this was a good milestone, and an important one for NASA to get past. (Especially after NASAhad to cancelthe first all-female EVA back in March). But in the future, this shouldn’t be a notable thing. “I think the milestone is hopefully this will now be considered normal,” NASA astronaut Tracy Caldwell Dyson said Friday. “I think many of us are looking forward to this just being normal.”

Koch, who has now conducted four spacewalks since arriving at the station in March, and Meir are among the 15 American women who have conducted spacewalks. Kathryn Sullivan became the first NASA astronaut to perform an EVA in October of 1984. Russian cosmonaut Svetlana Savitskaya became the first woman from any country to perform a spacewalk in July of that year.

During the middle of their spacewalk, President Trump called Koch and Meir to congratulate the pair on their achievement. Although the President deserves credit for showing an interest in spaceflight — he has held several NASA events in the White House and has consistently spoken positively about the agency’s work — he did not quite appear to understand the significance of the moment.

“I’m here with Vice President Mike Pence, NASA Administrator Jim Bridenstine, and my daughter, Ivanka,” the president said to the crew in a telephone message delivered via Mission Control at Johnson Space Center. “We’re thrilled to be speaking live with two brave American astronauts who are making history.” But then, he flubbed that history. “This is the first time for a woman outside of the Space Station.”

When she had an opportunity to reply to these opening remarks, Meir offered the president a gentle correction. “First of all, we don’t want to take too much credit, because there have been many other female spacewalkers before us,” she said. “This is just the first time that there have been two women outside at the same time.”

Some observers have questioned whether an all-female EVA was a stunt orchestrated by NASA to give the president some good public relations or help support the agency’s Artemis campaign, which plans to send the first woman to the Moon by 2024. This is unlikely to be the case. An all-female EVA is the result of an agency diligently seeking to diversify its astronaut corps — the 2013 Astronaut class was half male and half female — and succeeding. More women astronauts flying into space made this moment inevitable. 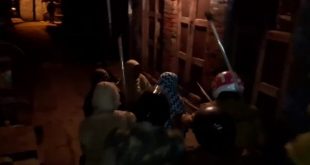 The women can be heard shouting and asking the police why they are being assaulted.Etawah: Women protesters are chased and caned by the Uttar Pradesh police, who also barge into shops and force them to shut, in mobile phone footage that has emerged from a protest in Etawah against the citizenship law on Tuesday.Video clips…