The U.S. military has begun bolstering its troop numbers in a swath of eastern Syria where President Trump has said he wants to protect oil fields, U.S. defense officials said Saturday.

The U.S. troops began arriving in Deir al-Zour province in a convoy from northern Iraq. The defense officials, speaking on condition of anonymity because of the sensitivity of the issue, said the forces will reinforce American troops in coordination with the Kurdish-led Syrian Democratic Forces, who have teamed with the Pentagon on operations against the Islamic State for years.

The additional forces will help “prevent the oil fields from falling back into the hands of ISIS or other destabilizing actors, ”one US defense official said.

“We will not discuss details or timelines of those forces for security reasons,” the official added.

News photographers in the region captured images showing a convoy of about a dozen Army vehicles rolling past oil pumps through the Syrian city of Qamishli, many with American flags flying on them. The majority of the vehicles were mine-resistant armored vehicles, with a few civilian trucks mixed in. No tanks or Bradley Fighting Vehicles appear to have moved into Syria, though U.S. officials have said they are considering both options in the coming days.

The oil-field protection plan calls for several hundreds U.S. troops to return to Syria but “less than a battalion,” U.S. officials said. A battalion in most U.S. units numbers 800 to 1, 000 troops.

The convoy Saturday is the latest move in a whirlwind month for the Pentagon in Syria that began with Turkey telling the United States that it would launch an offensive against Kurdish parts of northern Syria. The White House announced Oct. 6 that it would not stand in the way despite years of the Pentagon partnering with Syrian Kurds on operations against the Islamic State.

Trump decided Oct. 13 to withdraw virtually all 1, 000 troops from northern Syria, as the SDF reached an agreement with the Syrian regime for protection. U.S. forces rapidly withdrew from several bases afterward, leaving behind some equipment and even using F – 15 jets to bomb one of their former headquarters to render it unusable by anyone else.

But Trump waspersuaded to move some US troops backinto a section of eastern Syria stretching from Hasakah south to Deir al-Zour, farther from the border with Turkey. U.S. officials have said that the new mission around the oil fields there will prevent the Islamic State from capturing them but also allow the Pentagon to continue carrying out counterterrorism operations on the militant group and maintain control of the airspace overhead.

In Moscow, Russia’s Defense Ministry denounced the US troop movements into eastern Syria on Saturday. Earlier this week, Russia added about 300 military police to its contingent in northern Syria to help patrol a region along the Turkish border .

“What Washington is doing now, the seizure and control of oil fields in eastern Syria under its armed control, is, quite simply, international state banditry,” said Defense Ministry spokesman, Maj . Gen. Igor Konashenkov, according to media reports.

Brian Murphy in Washington contributed to this report. 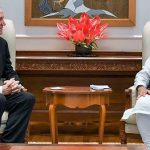 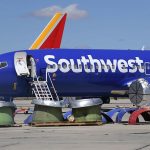