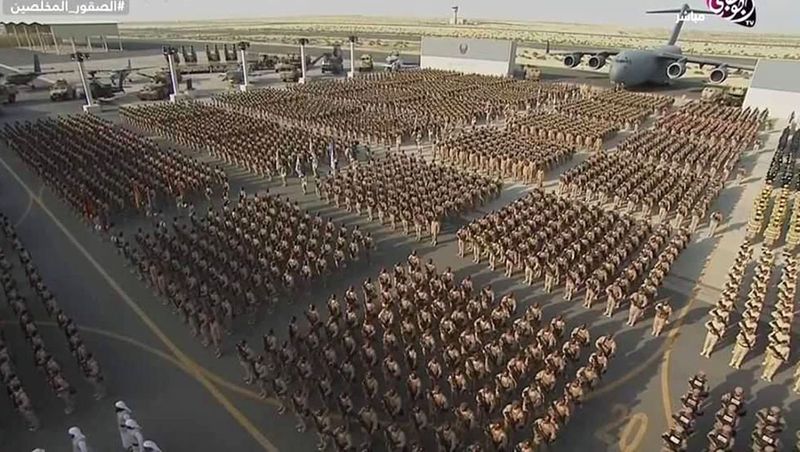 ABU DHABI: The UAE on Sunday celebrated the return of its brave soldiers who were part of the Arab coalition to support legitimacy in Yemen.

The General Command of the UAE Armed Forces said in a statement that the “Hawks of Zayed” within the Arab coalition, led by the Kingdom of Saudi Arabia, raised the banners of rightfulness, justice, redemption and sacrifice standing beside the brotherly Yemeni people.

“The achievements in the field of truth in the Yemeni governorates remains a testament to the biography and march of the heroes who emphasised their high preparedness and their ability to deal with various conditions in the field,” the statement released by Wam said.

The military added the UAE played a major role in securing the security and stability of the liberated areas. The role of its humanitarian arm, the Red Crescent Authority, also came in for praise as did the support for the sectors of education, health, infrastructure, energy, social support, humanitarian and other kinds of assistance.

“The UAE has succeeded in rebuilding and operating official institutions such as airports and ports and providing them with the necessary equipment for the continuity of work, which coincided with securing energy resources needed to operate state institutions and ensuring that they performed their duties without interruption,” the military said.

Based on its fraternal and humanitarian duty, the valiant Emiratis fought a battle that will remain immortal, pioneering the reconstruction efforts in many liberated Yemeni governorates, providing livelihoods for its people, in order to normaliSe their lives, restore stability to them and open the doors of hope for the future before them, the military said.

“Our armed forces have proven within the Arab coalition that it is an effective regional stability element that protects our national and Pan-Arab gains and works as a support for preserving security and stability locally and extends a hand of assistance to the sibling call to embody the vision of the wise leadership of the state,” it stated.

The military concluded that with the return of the brave soldiers, the UAE celebrates its loyal sons who scripted a human epic which history will record under the title “Pride, Sacrifice and Giving”.

The ceremonies were held in the presence of His Highness Shaikh Mohammad Bin Rashid Al Maktoum, Vice President and Prime Minister of the UAE and Ruler of Dubai, His Highness Shaikh Mohammad Bin Zayed Al Nahyan, Crown Prince of Abu Dhabi and Deputy Supreme Commander of the UAE Armed Forces and Their Highnesses, Members of the Supreme Council, Rulers of the Emirates, Their Highnesses the Crown Princes and Deputy Rulers.

The UAE ranked first in the world as the largest donor of aid to the Yemeni people for 2019, according to a report of the United Nations Office for the Coordination of Humanitarian Affairs on the countries that funded the humanitarian response plan for Yemen from the beginning of 2019 until September 23 last year.

The UAE provided $5.59 billion in foreign assistance to Yemen between April 2015 and June 2019, which was used to help rebuild various sectors in the country, including vital infrastructure and restore health and social services.

The data also revealed that much of the assistance was channelled through international organisations such as the WFP, Unicef, WHO, UNHCR and the ICRC.

The post UAE celebrates return of its brave soldiers appeared first on The Wealth Land.