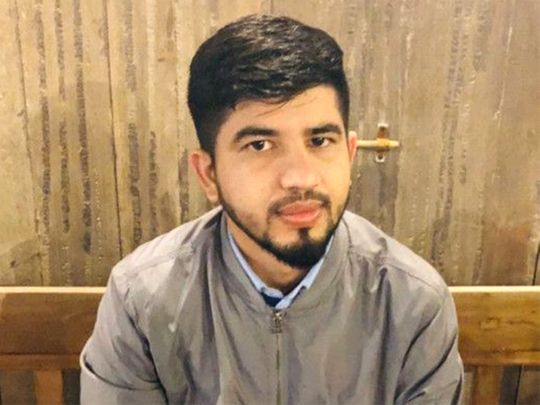 Dubai: A Pakistani taxi driver in Dubai turned a saviour for an Indian girl by returning her lost wallet that had her UK student visa just three days before she was to return after a winter break with her parents.

What makes the story of Raechel Rose and Modassar Khadim even more heartwarming is the way the Pakistani youth went out of his way to return the wallet even as the expat Indian family was searching for it in panic.

Rose, who flew to Manchester on January 8, had lost the wallet in Khadim’s cab late evening on January 4.

The corporate law student at Lancaster University was on her way to attend a friend’s birthday party while on holiday in Dubai where she finished her graduation.

“She had got into his taxi with another friend near Burjuman around 7.30pm on January 4,” her mother, Sindhu Biju, told Gulf News.

“Just then, they saw their other friends in another car and decided to join them. They immediately left the taxi and Rose didn’t realise that she left her wallet behind.”

She said Rose started panicking as her return flight was fast approaching and she could not afford to delay the journey as she had to appear for an exam on January 13.

“She did not have a copy of the visa. When she called the university, she was told she might have to apply for visa again. Though she was in tears, she rushed to the police station to report the matter.”

Her father, Biju Ittira, joined her at the station and subsequently took her to the mall.

However, she said, the RTA’s customer care executives who attended the case were extremely cooperative and gave high priority to the case.

Meanwhile, Khadim had finished two other trips. It was when after the second trip that he noticed the wallet as the first passenger had sat in the front seat.

“Since the family, who came next, said it was not theirs, I opened it to check if there is any contact number. I could only see all the cards and the cash.”

He said he called up RTA’s call centre and asked if they could help find the holder of the driving license that he found. “I thought it will be easier for them to find the license holder. But it was around 10pm.”

When he was told he would be contacted by another department, he said, he decided to report it to the police. “When I reached the police station, I met another taxi driver who advised me to try to get the girl’s number and give it as the procedures might take a long time.”

He said he then tried to get her contact through Etisalat by giving her Emirates ID number and through the insurance company by providing the insurance card number.

But, all went in vain as it was against the privacy clauses for the entities to disclose the contact number.

“Finally, the RTA call centre called me back when I was finishing my duty at 3.30am and verified the details that matched with their complaint. I was given their number following which I went to their house to drop the wallet.”

He said the happy father handed him Dh600.

“I refused to take it saying she is like my younger sister. But he insisted that I take it,” said Khadim, the only brother of four sisters back home.

The Indian family from Kerala also wrote a letter to RTA appreciating Khadim.