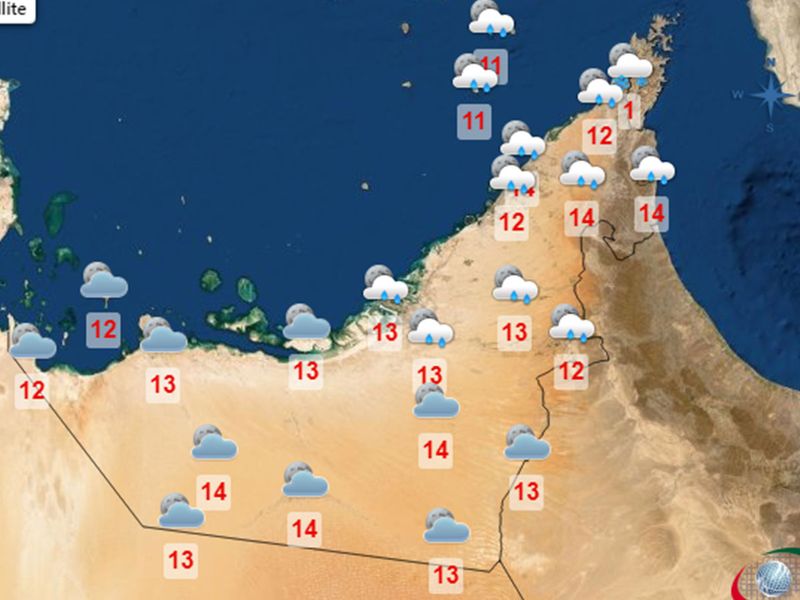 Dubai: Light to moderate rainfall are expected to continue tonight across various parts of the UAE according to the National Center of Meteorology. Northern and eastern areas including Ras Al Khaimah, Fujairah, Umm Al Quwain, Al Dhaid, Ajman, Sharjah, Dubai, and Sweihan and Al Wathbah in Abu Dhabi will recieve light showers.

A map on the NCM website shows which parts will receive rainfall
Image Credit: ncm.ae

Jais mountains are expected to be partly cloudy with snow. Islands north of the country will also recieve rainfall.

The UAE is breaking the record for the most amount of rainfall to hit the country since 1996. And it’s still accumulating.The National Centre of Meteorology (NCM) said that as of 7.23am on Sunday, the highest amount of rainfall from 9-12 January was reported in Al Shakla, Al Ain, with 190.4 mm.

The last time the UAE witnessed such vast amounts of rain was 24 years ago in Khor Fakkan, which saw 144 mm of accumulated rainfall.

This is happening because the UAE is enhancing clouds that entered and passed over the country from the western parts of the region and the Red Sea. They were doing so through cloud seeding. Between Thursday evening and Saturday afternoon, the NCM said they had completed 9 cloud seeding flights.

However, the intensity of rainfall is expected to reduce tonight and light scattered showers are expected on Monday and Tuesday.

Similar weather is expected tomorrow. According to NCM’s forecast for tomorrow: “Fair to partly cloudy, becoming cloudy by afternoon especially over the islands, some coastal and eastern areas with a probability of some light rainfall during daytime. Fresh Northwesterly to Southwesterly winds during morning over the sea, becoming moderate by afternoon, with a speed of 20 – 30, reaching 45 km/hr. The sea will be rough becoming moderate by afternoon in the Arabian Gulf and moderate in the Oman Sea.”

The post UAE: Partly cloudy weather and light showers to continue across many parts of the country appeared first on The Wealth Land. 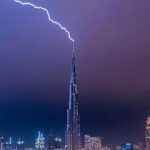 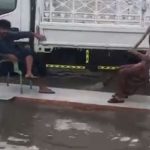