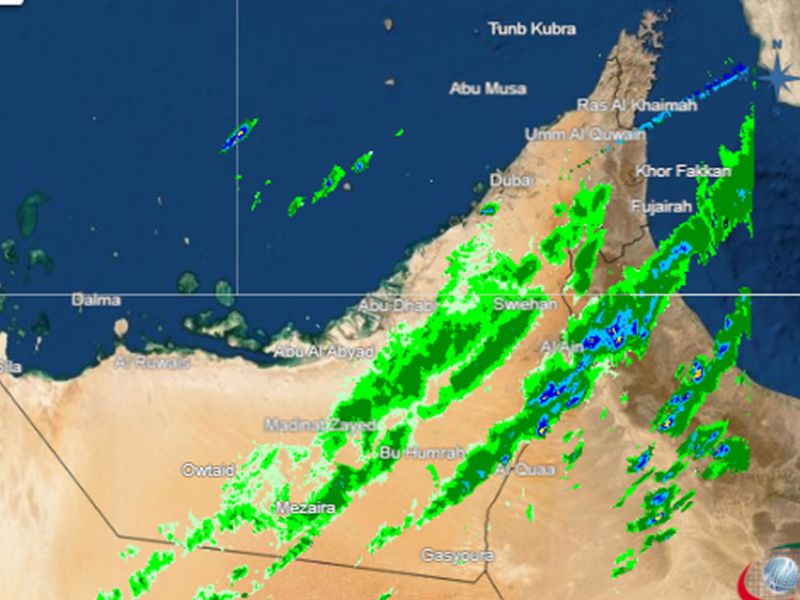 Dubai: Will it rain more in the UAE tonight? Yes, according to the National Center of Meteorology.

Last week, when the UAE weather bureau noticed that clouds from the western regions of the country were going to pass over the country, they were quick to put the team on standby for cloud seeding flights, to enhance the rainfall in the region.

The forecaster added that “The clouds are now over southern and Eastern areas such as Al Ain. The weather will remain cloudy to partly all evening. By night there will be rainfall in norther, eastern and coastal regions of the country.”

The NCM official added that rain intensity will be less today, mostly scattered rainfall and no thundershowers are expected. However, light to moderately Sunday, Monday and Tuesday.

Videos shared on the NCM Instagram page showed thunder and lightning strike in Dubai and flooded regions in the country.

Seas will be rough to very rough both in the Arabian Gulf And Oman Sea with wave height 8 – 10 ft until 11pm.

Temperatures across the country fell. The highest temperature over the country today was 24 °C in Dubai Airport at 01.00pm.

The post UAE rains: 9 cloud seeding flights have been completed, more to take place appeared first on The Wealth Land.

Previous What will blockchain look like in 2030? The experts speak
Next Bitcasino.io Shows Crypto Gaming Support to #teamtrees with over $ 100,000 Donation, Crypto Coins News