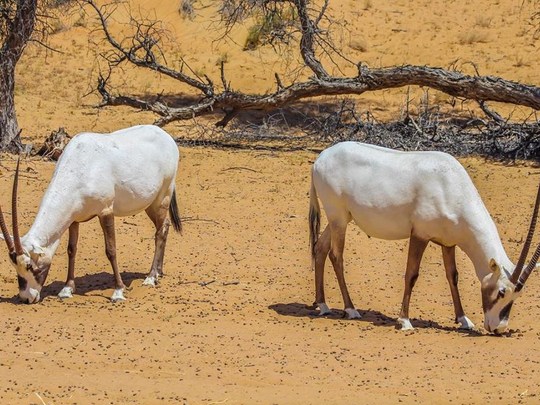 Abu Dhabi: Arabian Oryx are to be released in Shumari Wildlife Reserve in Jordan, the Environment Agency – Abu Dhabi (EAD) announced on Wednesday.

The EAD and the Royal Society for the Conservation of Nature (RSCN) have signed an agreement to work together on the project.

The project, which will be managed by the EAD and implemented by RSCN, aims to release 60 Arabian Oryx in the Shumari Wildlife Reserve over next two years.

The project is expected to improve the genetic structure of the existing herd of 68 Oryx. The reserve will also be expanded to ensure there are enough suitable grazing sites for the Arabian Oryx, by rehabilitating land outside the boundaries of the reserve.

The agreement’s signing took place on the sidelines of the 10th World Urban Forum in Abu Dhabi and was signed by Dr Shaikha Salem Al Dhaheri, secretary-general of EAD, and Yahya Khalid, director-general of RSCN.

The project is part of Shaikh Mohammad Bin Zayed Arabian Oryx Reintroduction Programme, which was launched in 2007 and aims to provide large sanctuaries within the historical range and create a self-sustaining population that can roam freely in their natural habitat under effective and long-term management.

Dr Al Dhaheri said: “The programme is part of Abu Dhabi’s vision to restore this species to its natural distribution in the region. During the past years, the programme contributed to enhancing the numbers of Oryx in the wild, resulting in changing their status from ‘Endangered’ to ‘Vulnerable’ by the International Union for Conservation of Nature (IUCN) in 2011, which is considered one of the most important achievements in the field of species conservation at the global level.”

Khaled said: “This project will contribute greatly to diversifying the genetic make-up of the Arabian Oryx herd in the Shumari Wildlife Reserve. The reserve has always had a pivotal role in the reintroduction programmes for the species and we value the support of the UAE and the government of Abu Dhabi in nature conservation efforts at the regional and global level.”

EAD and the RSCN will also develop an education centre and curriculum to help visitors and school students learn more about the Arabian Oryx conservation initiatives. Activities such as clubs, environmental camps and events that involve the local community in various stages of reintroduction programmes will raise awareness further. 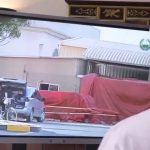