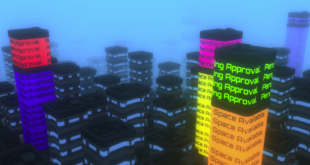 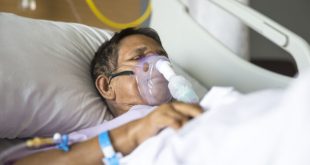 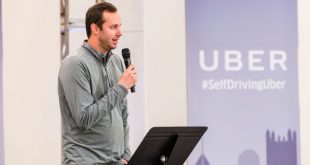 
owes New Jersey about $ 650 million in unemployment and disability insurance taxes because the rideshare company has been misclassifying drivers as independent contractors, the state’s labor department said.

Uber and subsidiary Rasier LLC were assessed $ 523 million in past-due taxes over the last four years, the state Department of Labor and Workforce Development said in a pair of letters to the companies. The rideshare businesses also are on the hook for as much as $ 119 million in interest and penalties on the unpaid amounts, according to other internal department documents.

“We are challenging this preliminary but incorrect determination, because drivers are independent contractors in New Jersey and elsewhere,” Uber spokeswoman Alix Anfang told Bloomberg Law

The New Jersey labor department has been after Uber for unpaid employment taxes for at least four years, according to the documents, which Bloomberg Law obtained through an open public records request.

The state’s determination is limited to unemployment and disability insurance, but it could also mean that Uber is required to pay drivers minimum wages and overtime under state law. Uber’s costs per driver, and those of Lyft, could jump by more than 20% if they are forced to reclassify workers as employees, according to Bloomberg Intelligence.

The notices mark the latest attack on the rideshare companies’ business model, which treats drivers as self-employed entrepreneurs rather than employees — a classification that deprives the workers of certain benefits. Uber and Lyft recently pledged $ 30 million each to fight a newCalifornia lawthat is expected to force them to reclassify drivers as employees. They’re also prepping for a similar lobbying battle inNew York, where lawmakers are planning to take up gig worker legislation next year.

“I expect we may see more of this,” Shannon Liss-Riordan, an attorney who has sued Uber on behalf of drivers in California and Massachusetts, said of New Jersey’s tax claim against Uber . “Uber and Lyft, by misclassifying drivers, are harming not only the drivers but also the states and the public at large. The money that they’re not paying into the unemployment and disability systems is being picked up by the states and the taxpayers. ”

New Jersey informed Uber in 2015 that it had obtained a court judgment ordering the company to pay about $ 54 million in overdue unemployment and temporary disability insurance contributions. It’s not clear whether the company ever paid any of that bill.

The state labor department, through a spokeswoman, declined to comment on the Uber situation. Labor Commissioner Robert Asaro-Angelo said in a prepared statement that “cracking down on employee misclassification” is a “priority” for Gov. Phil ***phph (D) administration.

“For those who say properly enforcing our unemployment laws will stifle worker flexibility, let’s be clear: there is no reason temporary, or on-demand workers can’t be treated like other employees who work flexible hours for short durations, ”Asaro-Angelo said.

Uber in April told the state labor department that it disagreed with the determination that drivers are employees and requested a hearing on the issue, but it isn’t clear whether a hearing has been scheduled.

The state labor department sent surveys to Uber and Lyft drivers over the last year seeking information about their work arrangements and tax status. The department audits 1% of employers each year for potential worker misclassification.

Since Oct. 23, the department also has determined that 65 drivers who listed Uber, Rasier or Lyft as their employer in unemployment-insurance-benefits claim forms are employees of those companies and therefore eligible to seek jobless benefits. Drivers who moonlight for the companies to supplement income from other jobs are additionally required to report rideshare earnings for eligibility determination purposes as a result of the state’s determination that they are employees.

The state labor department didn’t provide any documents in response to Bloomberg Law’s request for unemployment insurance assessments against Lyft.

Gig employers — like Uber, Lyft, home cleaning service Handy, and food delivery operator Postmates — pitch themselves as platform providers that simply connect drivers and other service providers to customers. That argument has satisfied federal regulators during the Trump administration.

The federal Labor Department and the National Labor Relations Board have recently issued guidance indicating they’re not likely to pursue Uber or Lyft for alleged misclassification. The DOL in an Aprilopinion lettersaid workers at an unnamed “virtual marketplace” aren’t employees for federal wage and hour purposes because the company acts as a “referral business” that links workers to new opportunities. The NLRB’s top lawyer, in amemomade public two weeks later, said Uber drivers are independent contractors, excluded from protections for union and other activity.

Uber and other gig employers are still trying to fight off lawsuits filedunder more restrictive state laws across the country.

That includes New Jersey, which uses a version of the “ABC” test to determine whether workers are employees or contractors. In order to classify workers as contractors, state law requires a company to show that it doesn’t control the work and that the service provided is outside of its “usual course” of business, or outside of the places of business where the services are otherwise ****

“Not a day goes by when I don’t speak to at least two clients about how to enhance their compliance with independent contractor laws, in particular those with ‘ABC ‘laws, ”says Richard Reibstein, a business lawyer in New York.

Uber, Lyft, and other online platforms unsuccessfully lobbied to stop anew lawin California that uses a similar test to distinguish between contractors and employees. The companies had offered to institute minimum wages, portable benefits like paid sick leave, and some collective bargaining rights in exchange for being carved out of the new law. They’re expected to push to get a referendum added to the ballot next year that would exempt platform companies the law.

Some New Jersey drivers told Bloomberg Law that they would prefer to remain contractors and keep the flexibility to choose when and where the work. Worker advocates say that’s a false choice rideshare operators offer to skirt their basic responsibilities.

“This would be life-changing for thousands of drivers, to know that they will be earning at least the minimum wage,” Bhairavi Desai, founder of the New York Taxi Workers Alliance , told Bloomberg Law. “The companies being required to pay into the unemployment insurance fund will mean that they can’t just toss drivers off the app.” 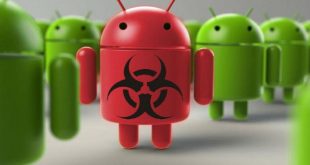 THINK OF THE CHILDREN — Apps went undetected by Google and antivirus scanners. Dan Goodin - Mar 24, 2020 7:51 pm UTC Google Play, the company’s official repository for Android apps, has once again been caught hosting fraudulent and potentially malicious apps, with the discovery of more than 56 apps—many of them for children—that were…