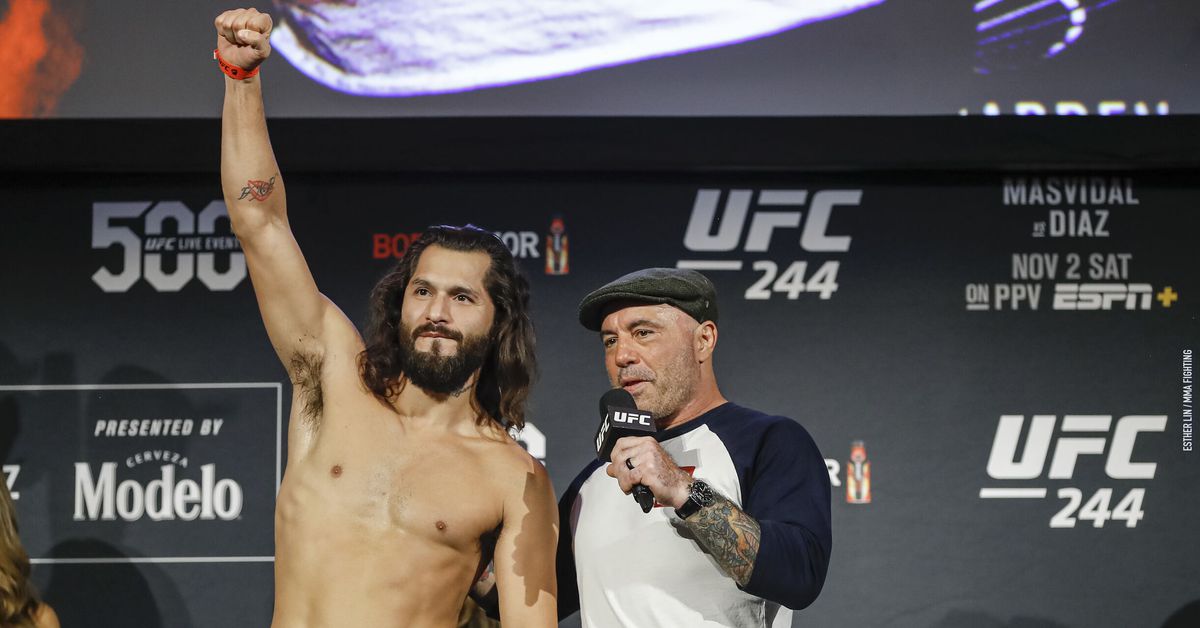 The time has come to award the most prestigious title in the history of combat sports — nay, of mankind as a whole.

That’s right. This Saturday, we find out who truly is the baddest motherf * cker of all time. They’ve even madea shiny beltfor it and everything. It’s official.

Look, by now, everyone has made up their mind about whether the “BMF” belt means anything, whether it’s a cool addition to a dream matchup or whether its mere existence cheapens the pairing and the concept of championship titles in general. What is a fact is thatJorge MasvidalandNate Diazare getting 25 minutes to throw down in theUFC 244main event and for that we should all celebrate.

The drama surrounding the co-headlining bout had more to do with whether either competitor would make weight, but one-time welterweight title challengerDarren Tillnavigated a tricky visa situation to make it to New York andsuccessfully hit the scales, whileKelvin Gastelumwaited until the very last minute to weigh in, coming in under the limit with coachRafael Cordeiroclose byto offer emotional support.

One has to assume that there is an understanding between Nate Diaz and Jorge Masvidal to stand and bang this one out. If that’s the case, it makes it extraordinarily difficult to predict as either man could land a big shot and put a surprising end to this fight, or the action could be so frantic and so closely contested that the final judges call is a toss-up .

Diaz and Masvidal are a lot more tactical with their striking than people give them credit for, so this won’t just be an in-the-pocket slugfest. They know how to slip punches and look for opportunities and the opening round will likely be a feeling-out process. But once they get going and first blood is drawn, fans should see caution thrown into the smoke-filled wind as expected.

Who has the edge in the standup? Diaz has a slightly longer reach and his volume striking is surpassed by few; on the other side, Masvidal has the better one-shot finishing power. However, Masvidal’s explosive offense may not matter against Diaz, a fighter who is near-impossible to knock out. This one feels destined to go to the scorecards.

I’m leaning slightly towards Diaz as I favor him being able to score points at range and I also view him as the better grappler should this hit the mat somehow. But who knows? This could end up being a majority draw or a no contest because of some bizarre accident and both men decide to take a sledgehammer to the title afterwards and pantsDana White. That would be fitting somehow.

Kelvin Gastelum vs. Darren Till

One might wonder how fair it is to book Darren Till’s middleweight debut to be against an opponent coming off of a world championship opportunity, but UFC officials have always been high on Till so it will be sink-or-swim for the Scouser when he takes on Kelvin Gastelum.

Even in a new weight class, Till’s size remains one of his most outstanding attributes and he’ll tower over the perennially undersized Gastelum. He can generate solid power from distance and has the Muay Thai skills to make Gastelum think twice about wading in without a game plan. That will be key because if Gastelum can take Till down, it will put them in a situation that is significantly in Gastelum’s favor.

Then again, Gastelum may also choose to test his standup against Till. The formerUltimate Fighterwinner has some of the fastest hands at 185 pounds and he didn’t shy away from standing toe-to-toe withIsrael Adesanya. If that version of Gastelum shows up on Saturday, it will be lights out for Till.

Till has not had a standout performance since finishingDonald Cerronetwo years ago and while it’s entirely possible that a less strenuous weight cut unlocks his potential, I just don’t see Gastelum being the one who gives him a chance to explore that possibility.

This bout is almost as difficult to predict as the main event.

Vicente Luque has repeatedly been lauded as the welterweight division’s best kept secret, which seems like an odd way to describe someone who has finished nine of his UFC opponents. The 27 – year-old is comfortable everywhere and blessed with a killer instinct that can’t be taught. Stephen Thompson has only been finished once (in his last outing againstAnthony Pettis), but if anyone is capable of handing “Wonderboy” his second early stoppage, it’s Luque.

The problem Luque faces is that he’s never fought an opponent with Thompson’s style (this is usually true for anyone that Thompson fights). That trademark karate attack of Thompson takes at least a round to figure out and for an aggressive fighter like Luque, that could completely take him out of his game. Luque’s decision win overMike Perryshowed that he can go the distance against a gritty opponent. How will he fare against one that refuses to engage in a traditional fashion?

Luque is on his way up and a future title contender, but I’m predicting Thompson will be in vintage form and pick up a win on the scorecards.

What we have here is a classic Derrick Lewis fight.

Throw “The Black Beast” in there with a solid, technically proficient striker, and watch as he fumbles around for two or three rounds looking nothing like a guy who recently fought for a world title. Blagoy Ivanov is going to have to be at his sharpest to avoid Lewis’s swangin’ hammers while countering with his steady boxing style. And he’ll have plenty of success. Until he doesn’t.

It takes a lot of pop to put Lewis down and I’m not convinced that Ivanov has enough. If you can’t finish Lewis, he’s going to get you eventually. Look for Lewis to add to his collection of knockouts at some point after the halfway mark of this one.

Kevin Lee has long campaigned for a bout withKhabib Nurmagomedov. He’s getting the next best thing in Gregor Gillespie.

This should be a good litmus test for Lee’s continued viability as a contender. If he’s out-wrestled by Gillespie, then beating Nurmagomedov is a pipe dream; if he can stuff a few takedowns, outwork Gillespie on the feet, and even show off some of his own offensive wrestling, then suddenly he’s right back on the path to another championship opportunity.

At this point however, Gillespie looks to be a handful for all but the best of the best at 155 pounds. Where Nurmagomedov is often criticized (fairly or not) for favoring control and points over hunting for a finish, Gillespie is an absolute terror once he gets on top of an opponent, always looking to improve position and fire off damaging punches. His stand-up — a work in progess — shouldn’t be a factor here unless Lee is able to stifle every takedown attempt, which I don’t see happening.

This fight will be fought on Gillespie’s terms and as confident as Lee is in his grappling, that’s just not a scenario that favors “The Motown Phenom.” Gillespie will continue to roll, wearing Lee down before finishing with a submission. 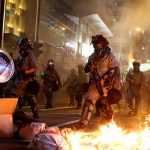