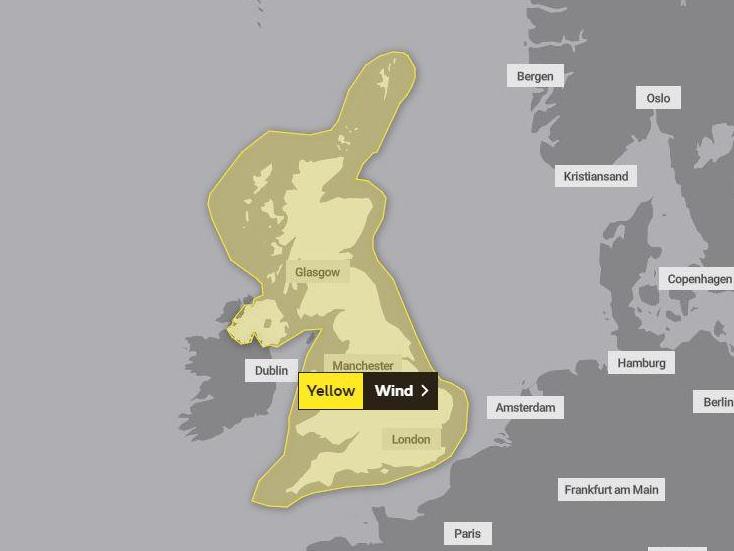 The Met Office has warned of very strong winds across nearly the whole of the UK that may cause travel disruptions and power cuts, as well as damage to buildings.

Gusts up to mph over exposed coastal areas and hills, and up to 70 mph in inland areas are expected, especially in the north and west of the UK.

In its warning , the Met Office said: “Heavy rain will be an additional hazard, especially over western hills. Winds of this strength across a wide area have the potential to produce disruption to transport, along with some coastal impacts, especially in the west. ”

Yellow warnings for wind are in place for both Saturday and Sunday, with Sunday being the windier of the two, said Met Office senior press officer, Nicky Maxey.

Ms Maxey told the Independent : “The warnings are there to make people aware that it’s going to be quite an unsettled weekend especially on Sunday, but we expect them to be more refined as we get a clearer picture of conditions later in the week.

“It’s still too early to tell exactly which areas will be most affected by the wind but everyone should keep an eye on the latest forecasts and updates from the Met Office.”

In the lead up to the weekend, most of the UK will enjoy settled, dry weather with sunny spells on Tuesday and Wednesday, although there will be fog and frost patches developing overnight in some areas.

There is a chance of showers in the far north and northwestern parts of the UK on Wednesday.

“Clear spells mean the next couple of days will be cold to start for many,” said Ms Maxey. “Thursday will be largely dry and sunny, and then on Friday we will start to see wind building up in the west side of the country ahead of the low pressure system that will bring strong winds and rain on the weekend.”

As for the chance of snow, Ms Maxey said it’s still too early to tell if the conditions will be right after the low pressure system moves through the country.

“Colder air and showers may mean there is a risk of snow, but it could just be a dusting of it on the hilltops,” she said. 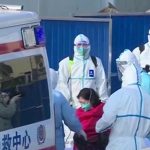 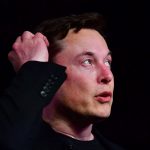