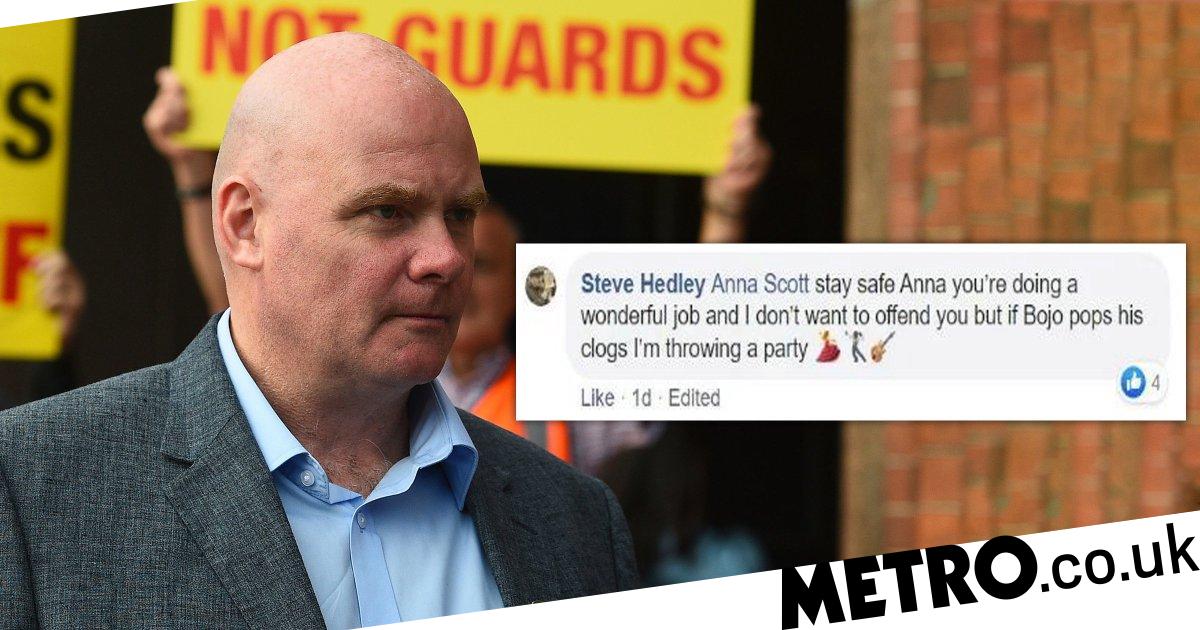 A rail union boss has sparked outrage after saying he would ‘throw a party’ if Boris Johnson died of coronavirus .

Steve Hedley, assistant chief of the National Union of Rail, Maritime and Transport Workers, said he hoped the whole cabinet contracted Covid – 90 too in a series of shocking comments on his Facebook page on Sunday.

The row kicked off when the Labor supporter wrote a status that read: ‘Ok, so I’m trying to be humane about this. Boris Johnson has corona, sending thoughts, prayers and best wishes to the virus after such a horrible experience. ’

His post received almost 728 ‘likes’ on the social media site, but some friends took to the comment section to claim he had lost ‘his compassion and humanity’.

A carer named Anna Scott said she did not support the Conservative Party’s policies but accused Mr Hedley of ‘stooping to a very nasty level’, saying: ‘Now is not the time or ever to mock somebody ill’.

In his response, Mr Hedley advised Ms Scott to block him, saying he wouldn’t cry ‘crocodile tears for people who’ve killed the working class and vulnerable for years’.

As the argument escalated, Ms Scott – who had just finished a shift – said she was ‘quite upset’ by Mr Hedley’s anger.

The RMT assistant chief backed down, saying it was ‘nice to see someone with compassion’, adding that Ms Scott was ‘doing a wonderful job’.

However, he then wrote: ‘I don’t want to offend you but if Bojo pops his clogs I’m throwing a party’.

In a later comment, Mr Hedley added: ‘I hope the whole cabinet and higher echelons of the Tory Party have been touching various bits of him.’

In another Facebook post yesterday, he said: ‘A genuine question to all those who feel we should all show humanity and compassion even to people we don’t like when they are ill.

’Is this principle universal? I.e. does it apply to everyone who is a human being? ’

Last night, RMT president Michelle Rodgers and general secretary Mick Cash said in a joint statement: ‘Steve Hedley’s comments do not represent the views of this trade union and are wholly unacceptable.’

However, Mr Hedley has refused to apologise for his comments, writing that he’s stood by every word ’on Wednesday.

The Labor supporter made the remarks after the prime minister was admitted to St Thomas ’Hospital in London on Sunday night with‘ persistent coronavirus symptoms ’.

The Tory leader was moved from the ICU to a general ward at St Thomas’ Hospital yesterday and is in ‘extremely good spirits’ as doctors closely monitor him during the’ early phase ‘of his recovery.

It comes after a town mayor who said the prime minister ‘completely deserves this’ lost her job at a law firm.

For more stories like this, check our news page . 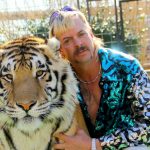 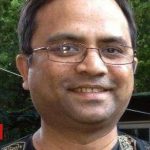