* The rape survivor was admitted to Lucknow’s SPM Civil Hospital with 90 per cent burns after being allegedly set on fire by five men, including two of the accused who are out on bail. She was airlifted to Delhi’s Safdarjung hospital for further treatment. A “green corridor” was created to move her from the hospital here to the airport.
* The woman said in her statement that she was on her way from her village in Unnao district to Rae Bareli where the trial is going on when she was attacked and set ablaze early on Thursday morning. After she was set on fire, she tried to run and some villagers saw her and came to her aid, the police said.

* The condition of the woman is said to be very serious with a team of doctors observing her. “She has sustained 90% burn injuries all over her body. 48 – 72 hours are critical for the survivor as she has to be saved from a state of shock, “a doctor said .
* The five accused have been arrested on charges of assault on her life. The accused are Harishankar Trivedi, Ram Kishore Trivedi, Umesh Bajpai, Shivam and Shubham Trivedi.

* Uttar Pradesh chief minister Yogi Adityanath has directed officials to ensure that the woman be given the best possible treatment. He also asked police to ensure strict action against the guilty and their conviction in court.
* The UP government

from opposition parties following the incident, with several leaders including SP chief Akhilesh Yadav and Congress general secretary Priyanka Gandhi targeting the Yogi-led dispensation over the law and order situation in the state.

* The Rajya Sabha was adjourned for half-an-hour amid uproar by the opposition parties, mainly the Congress, over the incident. Congress leader Anand Sharma urged RS deputy chairman Harivansh to listen to the opposition members who wanted to discuss the incident.

* The National Commission for Women has sought a detailed report from the Uttar Pradesh police after the incident. In a letter to DGP OP Singh, NCW chairpersonRekha Sharmaalso sought a detailed report regarding the number of reported heinous crimes committed against women and bail granted in such cases in the last three years.
* The survivor had been gang-raped by the accused in December last year but the FIR was registered in Rae Bareli only in March this year on the intervention of a local court. “In her FIR, the woman said one of the accused was in a relationship with her in 2018 but he physically exploited her after luring her with a marriage proposal. Later, he refused to get married and raped the woman with another friend, “police said.
(With inputs from agencies and TOI reporter Yusra Husain) 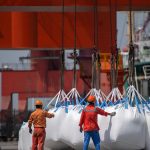