The laws were introduced to preserve Hong Kong’s rights and autonomy, but one of them actually contains provisions that could end up hurting the economies of the US,ChinaandHong Kong.

Trump signed two bills on Wednesday pertaining to Hong Kong: One involves an annual review of the city’s autonomy from China; the another bars the sale of munitions to Hong Kong police, such as tear gas and rubber bullets.

It is the first – the Hong Kong Human Rights and Democracy Act of 2019 – that could lead to the removal of the so-called special status that Hong Kong currently enjoys, and that could hurt the Chinese territory’s economic prospects and businesses that operate there.

Hong Kong, a former British colony that returned to Chinese rule in 1997, has seen widespread demonstrations since June, some of which have led to violent clashes between protesters and the police. The protests were initially sparked by a proposed law that would have allowed extradition to mainland China, but the unrest later morphed into broader anti-government demonstrations that include demands such as greater democracy and universal suffrage.

The two US laws come amid widespread criticism of heavy-handed treatment of protesters by the Hong Kong police and government, which Beijing supports.

The Hong Kong Human Rights and Democracy Act of 2019 include the following provisions:

The bill was touted by Congress as a way to deterBeijing’sinfluence and interference in Hong Kong’s internal affairs. But many analysts have said it’s largely “symbolic” in nature.

” It’s really important for the Hong Kong democracy Many people on the streets have been calling for the US to signal its support and to signal its dissatisfaction with what the Chinese government has been doing in Hong Kong over the last few years: Squeezing the city’s freedom and autonomy, “he told CNBC’s“Squawk Box Asia.”

As a special administrative region of China, Hong Kong is governed under the “one country, two systems” principle. Under that structure, Hong Kong is given self-governing power, a largely separate legal and economic framework from China, and various freedoms including limited election rights.

Such a system underpins Hong Kong’s status as a global financial and business center, especially as a middleman between China and the world. The city’s autonomy from China is also a reason why the U.S. treats it differently from other Chinese cities. For example, elevated U.S. tariffs imposed on China in the trade war don’t apply to Hong Kong.

Hong Kong’s importance to the Chinese economy is disproportionate to its size.

Losing that special treatment would damage the city’s economy, and its repercussions could possibly feed through the global financial system.

To be sure, the Hong Kong Human Rights and Democracy Act of 2019 by itself does not mandate the removal of the territory’s special status if the US finds that Hong Kong is not sufficiently autonomous from China. The revocation has to come from Trump through an executive order, or Congress via the United States-Hong Kong Policy Act of 1992, which spells out Washington’s special treatment of the city.

Nevertheless, analysts saidWashingtonis not likely to go so far as to revoke the city’s special status,given the economic stake the US

US interests in Hong Kong

One reason why Washington wouldn’t cancel Hong Kong’s special status is the tight trade and financial relationship between the two, observers said.

On its website, the State Department said that more than 1, 300 firms operate in Hong Kong, of which 300 base their Asian regional operations there. Nearly all major U.S. financial **** have a presence there.

Many of those relationships were built on Hong Kong’s trusted position as a relatively safe place to access China – the world’s second-largest economy with much untapped business opportunities.

The American Chamber of Commerce in Hong Kong has said that anything that changes the status of the city would have “a chilling effect” on US trade and investment in the city, reported Reuters.

Hong Kong’s economic growth contribution to China has diminished through the years, but the city has remained an important financial center for mainland businesses.

Given its openness to foreign investors, Hong Kong has for years been the place where mainland Chinese companies raise funds through listing on the Hong Kong stock market and issuing bonds.

In recent years, Hong Kong has become the gateway for foreign investors to buy Chinese financial assets through the stock and bond connect programs. The city is also one of thefew places where the Chinese yuan is tradedoutside the mainland, facilitating the internationalization of the currency.

In addition, Hong Kong is China’s “most important springboard” for foreign direct investment, the Natixis report said. Much of China’s outward investments are channeled through Hong Kong “due to the trust of Chinese and foreign firms on Hong Kong’s institutional framework,” the bank said.

In all, “Hong Kong’s importance to the Chinese economy is disproportionate to its size, “Tianlei Huang, a research analyst at the Peterson Institute for International Economics think tank,wrote in a July report.

“Beijing must know that preserving Hong Kong’s unique economy means more than allowing free enterprise. It entails a strong and unwavering commitment to its rule of law, the key to Hong Kong’s economic success, “he added.

Correction: This story has been updated to reflect that the Hong Kong Human Rights and Democracy Act of 2019 was signed by President Donald Trump and is now a law. 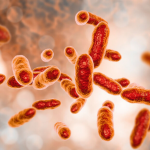 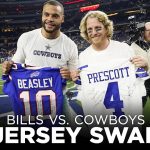