( For a live blog on the US stock market, click LIVE / or type LIVE / in a news window)

By Ambar Warrick and Medha Singh

Sept (Reuters) – The S&P 500 and the Nasdaq were set for their worst drops in one month on Tuesday as calls for impeachment of US President Donald Trump gained momentum, while weak consumer confidence data added to worries over the prolonged Sino-US.

Losses in U.S. stocks accelerated, with the Dow Industrials set for its sharpest drop in three weeks after U.S. Representative John Lewis on Tuesday became one of the most senior Democrat leaders in calling for impeachment proceedings to begin against Trump.

Calls from some Democrats for Trump’s impeachment for trying to enlist a foreign power to smear a domestic opponent increased after a whistleblower from within the US intelligence community lodged a complaint with an internal watchdog about a phone conversation between Trump and Ukrainian President Volodymyr Zelensky.

Trump denied that he had held back US aid to Ukraine as leverage to initiate an investigation that would damage Democratic political rival Joe Biden.

“The situation between the President and what occurred in the Ukraine and of course possibly bringing charges towards (his) impeachment, I think that’s what led to the selloff largely being run by the algorithms, “said Robert Pavlik, chief investment strategist and senior portfolio manager at SlateStone Wealth LLC in New York.

US stocks had opened higher on positive comments on trade talks from Treasury Secretary Steven Mnuchin.

The retail index slipped 1.3%, while a 2.2% drop in ecommerce giant Amazon.com Inc was the biggest drag on the S&P 500 and the Nasdaq.

The report is a bit of a concern, said Everett Millman, precious metals specialist at Gainesville Coins in Lutz, Florida, especially as “consumer confidence has been pretty high at least in the US”

Investors will now look to other data due later this week , including the Fed’s preferred gauge for inflation, for more clues on the strength of the US economy.

Nine of the 11 major S&P sectors were lower, with the energy sector down 1.8%, tracking a drop in oil prices.

Only the defensive consumer staples and utilities sectors were higher.

Nike Inc fell 0.9%, ahead of the world’s largest sportswear maker’s first-quarter results after the bell. 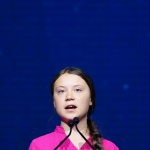 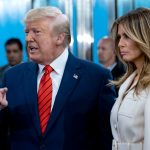