U.S. equity futuresare pointing to a lower open on Monday after manufacturing reports in Europe indicated growth was grinding to a halt.

Concerns about those reports from Germany and France are again raising concerns abiout recession.

Optimism increased over the weekend as theUS and Chinareferred to last week’s trade talks as “productive” and “constructive.”

A higher-level round of talks is still scheduled to go ahead in October.

Wall Street ended last week with losses, snapping a 3-week winning streak for the S&P 500 after reports emerged that Chinese officials canceled a planned trip to farms in Montana and Nebraska.

In Asian trading on Monday, the Shanghai Composite index closed down 1.1 percent while Hong Kong’s Hang Seng fell 0.8 percent after yet another weekend Tokyo’s markets were closed for a holiday.

Bookings for more than 600, 000 global vacationers were canceled Monday as

Britain’s Civil Aviation Authority said Thomas C ook’s four airlines would be grounded and its 21, (employees in) countries, including 9, 000 in the UK, will lose their jobs.

In Europe, London’s FTSE was off 0.2 percent, Germany’s DAX was down 1 percent and France’s CAC lost 0.7 percent. 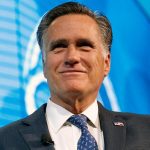 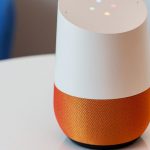