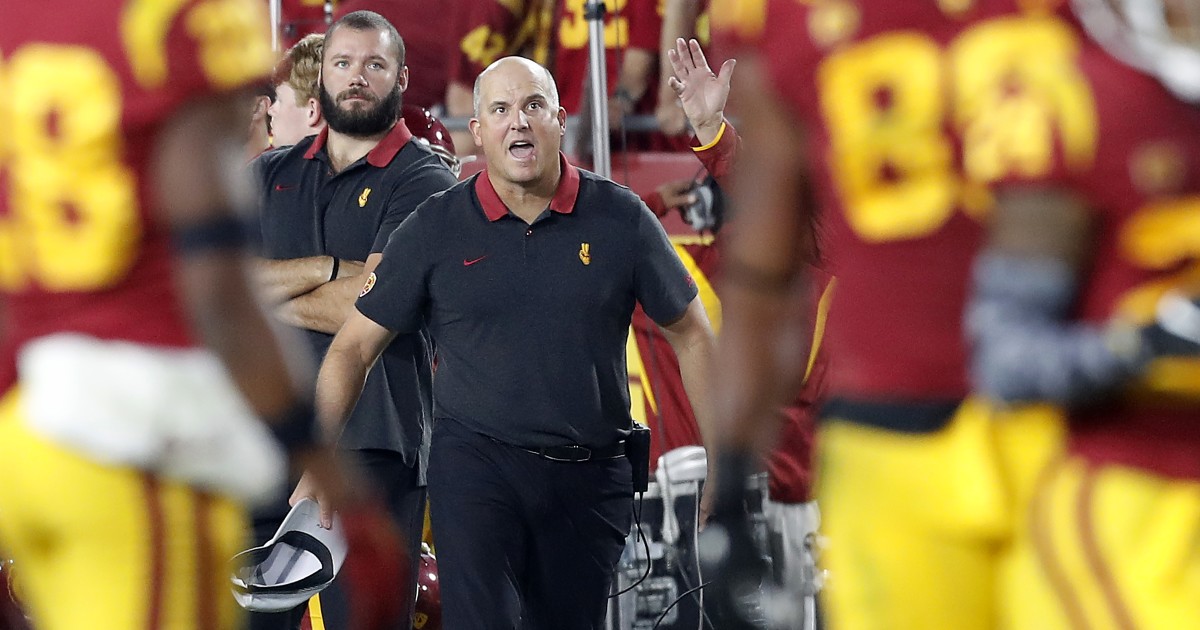 There’s no way Clay Helton comes back from this.

There’s no way the Trojans football program can continue on like this.

There’s no way this should ever happen at USC, ever, this embarrassing 56 – 24 whipping at the hands and arms and feet of the vastly superior Oregon Ducks.

On what began as a promising night in a giddy Coliseum ended amid mostly empty seats and full-throated boos as the Trojans trudged off bearing much more than a loss.

Gone was anything but a remote chance at a Pac – 12 title. Gone was the early magic that surrounded freshman Kedon Slovis. Gone was the notion that they had enough running backs to survive all those injuries. Gone was the belief that the defense had finally figured something out.

Gone, completely gone, is the idea that this program can be fixed under its current leadership.

It won’t be. It can’t be. The evidence is glaring. The history is screaming.

One season after going 5-7, the Trojans are now 5-4 and need to win one of their final three games – two of which are on the road – to even be bowl eligible. Three seasons after leading this team to that inspirational Rose Bowl victory over Penn State, Helton has been buried under bad losses, bad mistakes, unfulfilled potential and a consistent twisting of a proud motto.

Helton needed to take this team to the Rose Bowl to have any chance of keeping his job, and that’s not happening now. He had one last gasp, but that final breath was swallowed up by a seventh-ranked Oregon team that toyed with the Trojans in one of their worst home losses in years.

Helton is surely, finally finished . It’s just a matter of when.

Bohn, who comes from the University of Cincinnati, is expected to be officially introduced this week. No, despite what many are thinking, it seems highly unlikely that he would use his opening remarks to fire his football coach.

But expect Bohn’s search to begin immediately, containing names like Penn State’s James Franklin and Baylor’s Matt Ruhle and former Oklahoma coach Bob Stoops. Sorry, all you Urbanites, but Urban Meyer, with a checkered history of poor off-the-field leadership, should not be, and is not expected to be, on that list.

Here’s guessing Helton will be given a chance to finish the season, if only because a change this late in the year would cause even more chaos.

If nothing else, Helton will continue to approach his fading jobwith the sort of passion he revealed during his postgame news conference. )

Helton was asked, why do you believe you’re the right coach to lead this program moving forward?

“Thank you for that question, I appreciate you,” he said to the reporter.

Helton then launched into his own defense, saying: “I’ve been here 10 years, and I believe in being a servant to this university and to the young men that are here. Each and every day I wake up and represent them and our school, and I will continue to do that each and every day. I will fight like hell with the people I believe in and the people that I love until they ask me not to do it anymore, all right? ”

He added:“ I’ll continue to do the only thing I know, which is to fight. Thank you for that question. ”

He was then asked, did you think you had to win to keep your job?

He added: “Whatever is written is already written, God already has that plan. Until then, I’m gonna dang fight and help them to to win the Pac – 12 South. We’re in a hole right now. ”

If only the Trojans’ performance Saturday contained that sort of determination.

This was a game in which they scored on their first possession, took a 10 – 0 lead at the end of the first quarter, then completely fell apart while being outscored 56 – 14 for the final three quarters.

Justin Herbert, Oregon’s first-round-NFL-draft quarterback, completed his last 20 of 21 passeseven though he was briefly knocked out of the game, and finished with three touchdown passes. The Trojans didn’t stop the Ducks on a third-down play after the first quarter.

The Trojans’ meltdown was epitomized by a sequence of plays that began with 5: 42 left in the second quarter with USC leading 10 – 7.

The Trojans had driven 67 yards to the Oregon three-yard line and were on the verge of scoring when Slovis lost the ball amid a mammoth sack and it was recovered by Oregon’s Brady Breeze. The Ducks then sucked the air out of the Coliseum by driving 92 yards in a sequence that included two damaging USC penalties for unsportsmanlike conduct and roughing the passer. Oregon fittingly scored on a Jaylon Redd two-yard run in which he broke a tackle from Kana’i Mauga in the backfield.

“There’s no sugarcoating it,” Trojans center Brett Neilon said. “We made a critical mistake down in the red zone. We could have had seven. That ends up being seven for them. ”

The Ducks would score two more touchdowns in the final three minutes of the first half on Breeze’s 32 – yard interception return and Mykael Wright’s 100 – yard kickoff return during which he was untouched. It was part of a string of eight consecutive Oregon touchdowns on eight consecutive possessions, and that is not a misprint.

“It just added up real quickly,” Neilon said. “It was like a blitzkrieg, honestly.”

Later, Helton said he told his Trojans to view the night as a painful education.

“I just told them in the locker room, if nothing else comes from this, it’s a great life lesson, ”he said, later adding:“ The world doesn’t care about us feeling sorry for ourselves. The world cares about you getting up and doing your job. … In real life, it’s not what happens to you, it’s how you react to things. ” 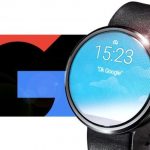 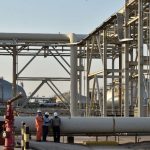