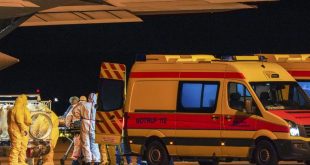 
We’ve been usingmakeas a build tool for one of our project at HackerRank which is written in Go and it has been working out fairly well. In this post, I’ll point out a few features and intricacies of GNU Make we’ve used which eventually improved the overall productivity of members in our team.

makeis a simple utility which detects which part of a large project needs to be recompiled and executes user-defined commands to carry out compilation or other required actions. It’s also widely used a build tool wherein you specify a set of commands to be run which you inherently used to write on the command-line repeatedly. The latter is what the rest of this post is about.

For the purpose of this post, we’ll assume we are working on a Go project,stringifierand will be writing a Makefile for the same which is also namedMakefile.

These are two actions that go programmers use pretty frequently, so let’s add these targets to our Makefile:

I added the- raceflag to the run command because it detects race conditions in your go code when you run it which is an otherwise unpleasent exercise.

After building the binary and running the application just fine, let’s make sure we are cleaning the binaries before proceeding with anything else. Our updated Makefile should look something like this:

There are two things we can improve upon here, first, we are explicitly reusing our application name, it’s natural that our application name will be used in a myriad of places throughout our Makefile, we should reuse that. Second, we need to run thecleanrule before we go ahead andbuildour application every time, let’s fix these:

Looks much cleaner, doesn’t it? You can define Makefile variables at the top and make will automatically expands them when you invoke themakecommand.

By design, make executes the rule if one of the prerequisites or the target file has been changed. But since we are are not relying on the ability of make to detect file changes, we are putting ourselves in a potential pit.

Imagine that there’s a file in our project directory namedbuild, again this is a hypothetical situation. In this case, when you runmake build, make will check for changes to the filebuildand it’s prerequisites which there are none and hence won’t execute the recipe which is not what we want. We might end up using the existing binary for our use, which is misleading and a road to a lot of confusion down the road.

To avoid this problem, you can specify the target in question to be “phony” by specifying it as a prerequisite to the special target. PHONY:

Now that you’ve specified all the above targets as phony, make will run the recipes inside of the rules every time you invoke any of the phony targets. You can also specify all the targets you want to specify as phony at once like so:

But for Makefiles which grow really big, this is not suggested as it could lead to ambiguity and unreadability, hence the preferred way is to explicitly set phony target right before the rule definition.

Let us now assume that we have another moduletokenizerin our root directory that we use in our project. Our directory structure is now something like this:

Quite naturally, at some point, we would like to build and test ourtokenizermodule as well. Since it’s a separate module and a potentially separate project at some point, it makes sense for it to have a Makefile in it’s directory (cue for the post title) with the following content:

Now, anytime you are in the root directory of yourstringifierproject and want to build the tokenizer application, you wouldn’t want to give in to hacky command-line tricks such ascd tokenizer && make build && cd -to invoke rules in Makefiles written in sub-directories. Thankfully, make can help you with that, you can invoke make targets in other directories using the- Cflag and the special$ {MAKE} variable. This is the original Makefile from thestringifierproject:

Now, anytime you runmake build-tokenizer, make will handle the directory switching for you and will invoke the right target in the right directory for you in a much more readable and robust manner.

Now you wish tocontainerizeyour application and susequently write make targets for the same for convenience which is completely understandable.

Now, you have the following rules defined for the docker commands:

Ok but now there’s room for improvement yet again, for starters, you can reuse your$ {APP}variable again. Next, you need to be rather flexible and make sure you can easily control where you push your image, whether that’s your private registry or some place else. Then, you would like to be able to push your image to two separate registries pertaining to staging and production environments respectively based on some input on the command-line from the user. Finally, like a sane developer, you would like to tag your images, with the current git commit sha, in your case. Let’s fix things up:

Okay now, let’s go over the changes above:

Previous A Noble Purpose Alone Won’t Transform Your Company, Hacker News
Next How MechWarrior's return took me back to the early ’90s mall in my mind, Ars Technica

OverviewIn this guide, we will cover how you can create the hardware and software for an Arduino LED rave mask. Feel free to refer to the GitHub repository for this Arduino project.The mask looks much better in person but here is the end result:Parts NeededARDUINO NANO: ~$3-$5 - Used to control the LEDs2 x 1…