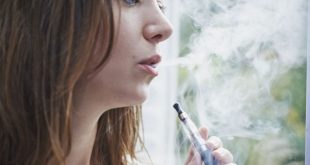 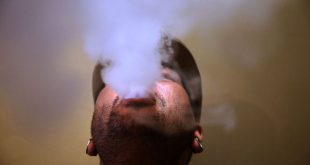 
Toronto:In yet another serious health alert on e-cigarette use, researchers have documented first-ever case of a new form of damage from vaping products in a youth which is similar to “popcorn lung,” a condition seen in workers exposed to food flavoring fumes in microwave popcorn factories.

If inhaled, the chemical called diacetyl causes bronchiolitis, which is characterized by the small airways of the lungs becoming inflamed and obstructed. The 17 – year-old patient who narrowly avoided the need for a double lung transplant suffered with this new type of vaping-related injury. A team from Lawson Health Research Institute in London, Ontario, and University Health Network (UHN) in Toronto described the life-threatening bronchiolitis in a previously healthy 17 – year-old male who initially presented for care after a week of persistent and intractable cough and was eventually hospitalized and put on life support.

After ruling out other causes, the team suspected flavored e-liquids as the cause. The youth’s family reported that he vaped daily using a variety of flavored cartridges and used ntetrahydrocannabinol (THC) regularly. “This novel disease pattern of airway injury associated with vaping leading to chronic obstruction appears to be distinct from the alveolar injury characterizing the EVALI (e-cigarette or vaping product use-associated lung injury) have been described cases recently reported in the US, highlighting the need for further research and regulation of e-cigarettes, ”elaborated lead author Dr Karen Bosma, Associate Scientist at Lawson.