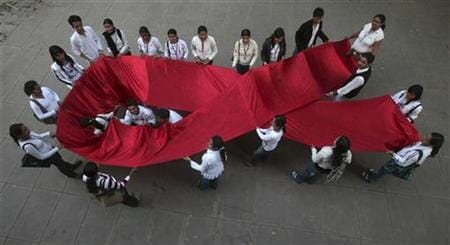 Sunday marked World AIDS Day and Union Health Minister Dr Harsh Vardhan utilized the occasion to speak out against discrimination against those affected by HIV / AIDS.

“Let us shun any kind of discrimination in our thoughts, actions and behavior in our interaction with those who have HIV and AIDS,”the Minister said.“Let us do away with nomenclatures such as “AIDS / HIV communities. Let us not bracket people who suffer from and have survived various diseases. ”

Vardhan emphasized the importance of “the basic target… of‘ Three Zeros ’- i.e. zero new infections, zero AIDS-related deaths and zero discrimination. ”The Government has affirmed its commitment to ending discrimination in the past,most notably through passage of the “historic” HIV and AIDS (Prevention and Control) Billwhich “[attaches] legal accountability to those seen to be discriminating against them [those living with HIV/AIDS]. ”

The prevalence of HIV / AIDS in India is relatively low,with AVERT noting that“HIV prevalence among adults (aged 15 – 49) was an estimated 0.2 percent. This figure, ”it says,“ is small compared to most other middle-income countries. ”However, taking into account the sheer size of India’s population, this prevalence equates to a HIV / AIDS burden which is the third largest in the world.

This is not to say that fewer Indians are living with HIV / AIDS compared to the beginning of the decade.The overall number of people living with HIV / AIDS in 2017 was 2.1 million, compared to 2.3 million in 2010Within the same timeframe, new HIV infections fell from 120, 000 to 88, 000. AIDS-related deaths were reduced from 160, 000 to 90, 000. Nonetheless, the scope of India’s HIV / AIDS burden is substantial – and requires a multi-faceted approach to ensure access to treatment, reduce transmission, and eradicate the stigma which prevents many Indians living with HIV / AIDS from seeking out treatment. Tackling the broader issues plaguing India’s healthcare infrastructure such as shortfalls is also required to guarantee access to treatment.

Earlier this year,the Union Health Ministry announced its intention to reduce HIV / AIDS cases by 20, 000 between 2019 and 2020.As previously reported byHealth Issues India, “the Ministry will be conducting outreach to populations with a higher-than-average prevalence of the condition – including marginalized and often ignored persons such as those in prisons and women’s remand homes ”and expanding access to antiretroviral treatment (ART).

Treatment of HIV / AIDS is guaranteed by law.The HIV and AIDS (Prevention and Control) Bill came into force last year– affirming that “every person in the care and custody of the state shall have right to HIV prevention, testing, treatment and counseling services” (the previous wording of the Billsaid treatment would be provided “as far as possible,” a point of contention and concern among patient advocacy and legal groups).

The Joint United Nations Program on HIV / AIDSseeks to end the HIV / AIDS epidemic at the global level by 2030.Vardhan affirmed the Government’s commitment to doing so earlier this year,stating“the Government is fully committed to meeting all the set goals to eliminate HIV / AIDS by 2030. ”Indeed, India has made progress. Sustaining momentum – and addressing all factors which could impede progress, including discrimination – is vital in realizing the 2030 target.

Kerean Watts has been a featured writer for Health Issues since 2016. His areas of study include politics, international relations and global development. He is based in South Wales.

This site uses Akismet to reduce spam.Learn how your comment data is processed. 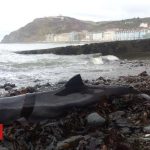 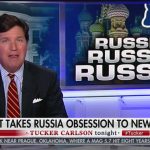