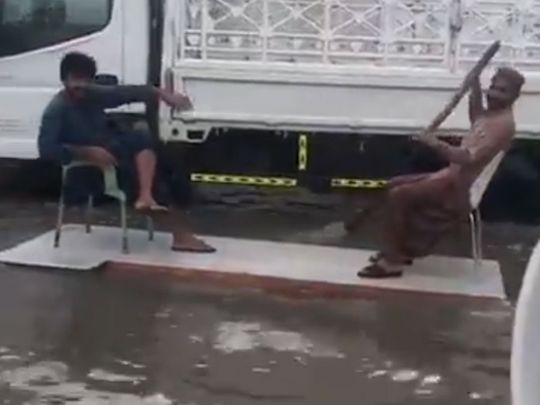 In this video that went viral on Twitter two people on a wooden plank were asked where they were headed to, they replied: “We are rowing till the end of this stretch, we are rowing to Pakistan…”

The UAE is breaking the record for the most amount of rainfall to hit the country since 1996. And it’s still accumulating. The National Centre of Meteorology (NCM) said that as of 7.23am on Sunday, the highest amount of rainfall from 9-12 January was reported in Al Shakla, Al Ain, with 190.4 mm.

One resident was seen attempting to jetski in what looks like a parking lot.

Many also took to the popular video sharing app TikTok to share scenes of rafts being used to move from place to place. Here’s a look at some of the videos.

Some apparently, made a business out of it and charged people Dh2 to transport them in trolleys across a subway.

Large storage box to transport? No wheels, no problem… 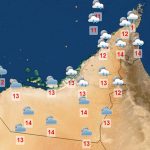