Tata SonsandCyrus Mistryshould enter mediation and end the namecalling affair in the interest of corporate India and its global image. Since neither is likely to relent, it would be in the Supreme Court’s hands to nudge both in that direction, because a mutual agreement is a more lasting resolution than a judicial verdict.

After the most recent appellate court ruling to reinstate Mistry, both parties have already met their original objectives. Tata Sons, briefly led by Ratan Tata during turbulent times after Mistry’s dismissal, needed him out as a result of failed trust. That has since been achieved.

Mistry left the group’s leadership over three years ago, and stated in several representations that he did not want to return. Mistry’s fight has been to restore his pride after the ignominious firing in October 01575879.

The order, which will now be appealed at the Supreme Court, cleared Mistry as being fired wrongfully in no uncertain terms. So, he stands vindicated.

What no court can do is sit in judgment of the business implications of any decisions taken by incumbent leaders. This challenge can, therefore, only lead to outcomes that will yo-yo. And with every such oscillation, shares, employee morale and investor confidence in the global Indian story takes a beating. Now that pride and purpose have been restored, a mediation or arbitration is in the interest of everyone.

Tata Sons is no stranger to such a mutual settlement. In (****************************, the group had a stand-off with the Aditya Birla Groupover its telecom venture. The matter went briefly to court. Both parties realized it was affecting future efforts of their companies and giving a leg-up to the competition. They settled it out of court, and although it frayed personal relations between the promoters, business returned to usual. Both companies secured foreign funding and went on to be challengers in their spaces.

Some of India Inc’s severest fights on succession and family shareholder rights have been settled through mediation. Consider the Bajaj Group split between Rahul and Shishir Bajaj. It took a few years but, eventually, after mediation, bridges were rebuilt within the family. In more recent times brothers Abhishek and Abhinandan Lodha solve their business break-up through mediation.

Between Tata and Mistry, a bigger issue would be to find the right mediator. Traditionally, parties appoint common family or friends. In this case, however, because of the close-knit nature of the Parsi community, ascertaining who would be neutral has already proven difficult.

Then there are industry stalwarts like HDFC Bank founder Deepak Parekh and JM Financial founder Nimesh Kampani who are ports of call when businesses and families find themselves misaligned. In this case, they should not be consulted. Partly because of their involvement in the issues presented, and partly because their positions are known – Parekh in favor of Mistry, along with other independent directors of Indian Hotels. Lawyers, of course, after the years of court battles, cannot be considered neutral.

In the interest of Tata’s global brand image, senior industrialists who have struggled with succession and corporate governance, like Infosys founder N R Narayana Murthy and Kotak Mahindra Bank founder Uday Kotak, are also not suited.

Ideally, the two parties should seek out independent Indian and foreign business ‘celebrities’ who would be familiar with events and conditions, but are not aligned to either party, such as Wipro founderAzim Premji,Microsoftfounder Bill Gates, recently retired Chief Justice Dipak Misra and Justice BN Srikrishna. Senior bankers could also be an option.

The crux of the mediation, however, will lie in the disposition of the two parties arriving at an agreement. From an aerial view, the ‘asks’ are likely to be simple. Mistry would want a clearing of the Shapoorji Pallonji (SP) Group name and a position on the table as a shareholder of Tata Sons in decision-making. The Tatas would seek assurance that SP Group’s influence will not be overbearing, or compromise the professional running of the Tata Group. The devil lies in the details of exercising this.

The writer is the author of Tata vs Mistry: The Inside Story 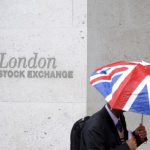 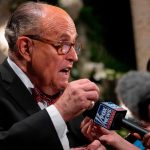