INDIANAPOLIS – The Indiana University professor under fire for using social media accounts to denigrate women, people of color and gay menis defending himself in a lengthy rebuttalposted to his personal website.

Eric Rasmusen said that university administrators, who have condemned his beliefs but defended his First Amend ment ** to express them, overreacted.

Provost Lauren Robel said in a letter posted to the IU website that Rasmusen would not be fired “for his posts as a private citizen, as vile and stupid as they are, because the First Amendment of the United States Constitution forbids us to do so. “

Rasmusen, a tenured professor of business economics and public policy at the IU Kelley School of Business, said that if the university changes its mind, it would be “a big deal” and the institution would lose in court. He’s taught at IU since 1992.

The professor came under fire this week after a popular Twitter account posted a screenshot of a tweet from Rasmusen in which he shared an article titled “Are Women Destroying Academia? Probably.”

In the tweet, dated Nov. 7, Rasmusen quotes a line of the article that says “geniuses are overwhelmingly male because they combine outlier IQ with moderately low Agreeableness and Moderately low Conscientiousness.”

A university spokesperson said they are aware of various complaints against Rasmusen over the years, including a 2003 incident in which he published a blog post contending that gay men weren’t suited for certain jobs, such as teaching, preaching and elected posts, because they are “moral exemplars.”

Rasmusen fires back at provost’s letter

In addition to a brief media statement in which he accuses the university of encouraging bias and condemning a “dissiden t professor, “Rasmusen posted a separate response, challenging sections of Robels’ letter.

He defends his use of the word “slut,” stands by his position that gay men shouldn’t teach because they prey on students (but says that the risk can be worth it at the college level) and calls affirmative action corrupt.

“The whole idea of ​​affirmative action is that too few black students (would) get in without racial preferences, so we need to lower the standard for them and accept that they will do worse academically,” he writes in the rebuttal.

He also says that his use of the word “slut,” which was in a tweet about former FBI lawyer Lisa Page who was accused of bias against President Donald Trump, was “perhaps hyperbole” and opines for a few paragraphs on whether the word is an insult.

“Is ‘slut’ a slur against women? Not at all, “he said.” It is a slur against certain women, against a minority of women, and for them it is a justified slur, a descriptive one.

“A women who sleeps with 100 men in a year is a slut. Whether her sleeping with 100 men is moral or immoral is a question of one’s standards. “

As to whether or not he thinks women belong in the workplace or academia – the subject of the tweet that caused the outrage – Rasmusen said he did not object when his wife taught at Eastern Illinois University for a year, before becoming a “housewife,” and would not object if his daughter became a professor.

“Academia is a vocation more compatible with motherhood than most jobs,” he wrote.

What IU is doing

Rasmusen is currently teaching one course and had 20 students enrolled at the start of the semester, according to IU spokesperson Chuck Carney.

While the university does not plan to fire Rasmusen, officials have said they will “ensure that students will not be harmed by the biases that could underlie the judgment of this professor.”

The university will be conducting a review of Rasmusen’s courses, looking for the influence of bias and will allow any students who wish to do so to transfer out of his courses. The university is also instituting double-blind grading, where assignments are submitted anonymously to him.

Rasmusen said the efforts to protect students from bias are actually encouraging it, “even requiring it, as a condition of teaching. “

” There are views you’re not supposed to express, even outside of class, and God help the conservative student whose professor checks Facebook and Twitter before grading term papers, “Rasmusen said.

Rasmusen said he’s had Christian and conservative students” shyly approach “him and say they were happy to find a professor open in his beliefs. 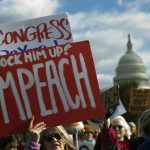