Waiting in the wings: Rishabh Pant keeps his chin up while being Saha’s understudy – The Indian Express, Indianexpress.com 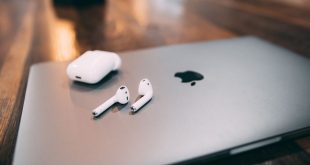 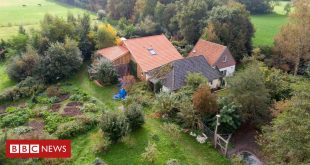 Rishabh Pant scored in the warm- up game vs New Zealand XI. (File)

Half an hour before the start of the third day of the practice game , India’s lower-order batsmen were having a merry-go-round slog-sweep session on a practice wicket. Japsrit Bumrah, with an un-hyperextended elbow action, would toss benign off-breaks, which Umesh Yadav and Mohammed Shami would look to heave out of the ground. More often than not, their strokes were miscued. Watching all this from the dressing room, Rishabh Pant ran up to them and literally snatched the bat, before calling out Bumrah for a challenge; “ Tera har ball mein main chhakka maroonga! ”Bumrah, in splits, retorted:” Kya mein tez dalooga? “” Haa, haa, bilkul , “Pant snapped back with his usual gusto.

The pacer, obviously didn’t, but Pant kept his word, smearing four of his five balls over the ropes. Two of them straight down the ground, and two over mid-wicket, his favorite six-hitting arc. The last disappeared into a leafy park where the trees swayed like a bunch of revellers on Saturday night, that hugs the stadium. Bumrah gingerly walked off. Pant couldn’t resist a jab: “Fas gaya tum?” And they retreated merrily into the dressing room, as the day’s actions began.

It’s the cheeriness of Pant that stood out, for there are several reasons he could have been melancholic. A: He hasn’t played red-ball cricket for a while, the last Test he played was at Sabina Park six months ago. Despite his superior batting aggregate to Wriddhiman Saha, he had to sit out of the entire home season. It’s less likely that he would add another Test cap on this tour. B) Despite some useful knocks in the ODIs, he was mocked, ridiculed and heckled by the crowd and now KL Rahul has replaced him. The circumstances have been unfortunate and criticism harsh.

There are strong enough reasons for young impressionable cricketers to harbor self-doubts and negativity. But not Pant, a self-admittedly non-plussed cricketer who shuts out the outer-world chatter. “I remember Rahul Dravid would tell me,‘ stay the same way. Even if you do well or if you do badly, there is no need to change. Stay the same ’. I have tried to follow that. Ravi bhai (Shastri) has always backed me and given me great confidence, ”he had once told this paper.

So, one could find Pant always up to something funny or clownish. On the first day, he was wrestling with Shami and scissor-locked him. On the third day, he was pasting the sugar-icing from the birthday cake all over Mayank Agarwal’s face. His batting is an extension of his cheerful, merry ways off the field. Some batsmen maintain different personas on the field and off it.

But not Pant, he is what one sees. Always cheeky, always bantering (Tim Paine would vouch, and he departed Australia as the most-liked Indian cricketer of the tour) and always lightening up the mood. The personality has always been appreciated by team-mates, who have been often vocal in their praise about him being a team man. That he enjoys others ’success, though his cheeriness had often been misconstrued as frivolous and silly.

But at the same time, it’s vital that he keeps optimizing the opportunities that beckon him. A back-up keeper in form is a source of assurance for the team, especially as Saha is returning from a lengthy injury lay-off. Pant squandered away an opportunity in the first innings, but presented a better account of himself in the second, with his (off) balls, a typical Pant innings replete with slashed-fours square on the off-side and murderous sixes off spinners.

Ish Sodhi was buried deep into the stands. Two hefty slog sweeps, the second more difficult because it had to be dragged from outside the off-stump. Both times, Pant was in supreme control of his shots. It was all bottom hand and muscle, characteristic of Pant.

As impressive was his defensive game, especially on the back-foot, where he sometimes has a tendency to play away from the body. He would also look to dab the ball through third man without the back-foot moving across, which is self-destructive on pitches that swing. But here he seemed to have made a conscious effort to play the ball as close to the body as possible, meet it with a straight bat than an angled one. Moreover, he resisted the temptation to swipe across his stumps. In short, it was a mature knock, where he was aggressive, but not hyper-aggressive, where he showed his much-raved about match-changing abilities.

But the reason he finds himself out of the team is neither because of his batting nor ’keeping deficiencies. Only that Saha is a better ’keeper, arguably the finest around. Pant understands this and one could see him keenly observing Saha on the field, studying his movements and routines. It’s perhaps the only time one can catch him sitting quietly in the dressing room.

His ‘keeping definitely has improved too – he’s more mobile and flexible than what he used to be. Their relationship is more fraternal than that of a mentor-understudy. “We always observe each other’s wicketkeeping. We work hard in our practice sessions and have a good understanding and co-ordination among ourselves. We always try to point out each other’s mistakes. It’s been going well so far, ”Saha had remarked. Until Saha retires or his abilities diminish, Pant’s red-ball opportunities will be limited, despite his superior batting skills. But creditably, he’s not nursing any bitterness and is ready to bide his time, all the while hitting sixes during practice, lightening up the mood in the dressing room and improving his glove-work.

📣 The Indian Express is now on Telegram. Click here to join our channel (@indianexpress) and stay updated with the latest headlines

For all the latest Sports News , download Indian Express App.