A three-year-old child had a miraculous escape on Friday after he fell more than 35 feet from the balcony of his second-floor home in Tikamgarh district in Madhya Pradesh. The young boy, who had been playing with members of his family when he slipped over the rails, was saved from grievous injury, if not death, after he landed on the seat of a passing cycle rickshaw that just happened to be at the right place at the right time.

The entire incident was caught on a CCTV camera installed nearby.

In the video, a man can be seen pulling a cycle rickshaw through a narrow lane when the boy falls on the seat. The startled rickshaw puller then stops and lifts the child up, by which time bystanders had also rushed to his aid.

“My son was playing in our second floor home with other family members – my father and sister was also there. While he was playing he entered the balcony and started hanging off the railing … he couldn’t keep his balance and fell, “Ashish Jain, the boy’s father, told NDTV.

“But then a God-like man with a rickshaw came out from nowhere and saved him. We immediately took him to the hospital, where they ran CT scan and X-Ray and other tests,” he continued.

The boy emerged unhurt from the fall, with the doctors saying he was just fine. 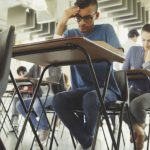 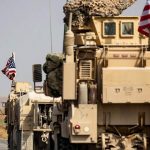